The World Cup 2022 is almost upon us, and the first match is on November 20th, 2022. With the world going head to head, fans remain excited about FIFA 2022. With team-ups of their fantasies and duals of the decades, fans can hardly contain their excitement each passing day. Every fan is vocal about their support for their favorite teams.

And today, we bring you the top ten favorite teams in the world. Besides the prowess of their players, each squad in this list holds the potential to bag the 2022 Qatar FIFA World Cup. Now, who might these teams be? Please keep reading the article to know if your favorite team made it!

The Portuguese national soccer team is by no means weak. No, with powerhouses like Cristiano Ronaldo, Rui Patricio, Ruben Dias, and Pepe, the Portugal team will be a formidable opponent in the 2022 World Cup. Portugal may be one of the fan-favorite teams in the tournament, but sadly the best position taken by the Portuguese team was third in 1966. But will 2022 be the year that Portugal finally takes the FIFA World Cup home? Support of the team rejoyced their wins against Turkey and North Macedonia in March 2022.

On November 24th, 2022, the Portuguese team will be facing Ghana. Similarly, on November 28th, Portugal will play against Uruguay. Finally, on December 2nd, 2022, they will meet the South Korean national team for their third match in Group H.

Denmark qualified for the 2022 FIFA World Cup with one win and one loss. The Danish national football team bagged a win against the Faroe Islands but lost a game to Scotland. Although Denmark never left a lasting mark in the FIFA World Cups in recent times, this year might be different for the Danish team. 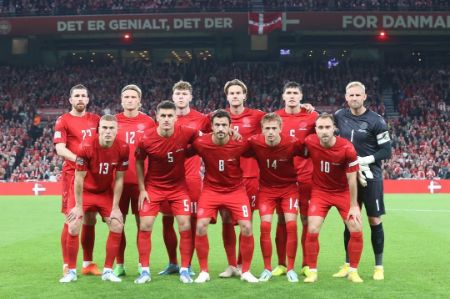 With one of the best goalie in the world, Kasper Schmeichel, defending the goalpost, Denmark also boast an impressive lineup. The likes of Martin Braithwaite, Andreas Cornelius, Kasper Dolberg, and others are responsible for the offense. And Simon Kjær takes the comment of the team as their captain.

As for their match schedule for FIFA 2022, Denmark's national football team will go against Tunisia on November 22nd, 2022. Following the four days break, the Danish soccer team will face France on November 26th, 2022. And their final match in the group stage is on November 30th, 2022, against Australia.

Belgium's national football team earned their slot in the 2022 FIFA World Cup with a win and a tie. First up, on November 13th, 2021, the Belgian squad bagged a win against Estonia. However, Belgium's second match would end with a draw against Wales on November 16th, 2021. 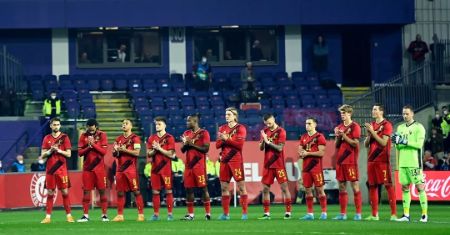 The first ever FIFA World Cup was in 1930; since then, the Belgium football team has earned third place in 2018, which was the closest they got to the finals. With some of the best players of their generation, the 2022 FIFA World Cup could be different for the Belgian soccer team.

As captain of Belgium's national football team, Eden Hazard plays amongst some of the best players today, like Kevin De Bruyne. On November 23rd, the Belgian team will play against Canada. Similarly, their match with Morocco will be on November 27th, 2022. Finally, Belgium will face off against Croatia on December 1st, 2022.

The Netherlands has come so close to becoming the FIFA World Cup more than twice. However, the Dutch team could never bring the prestigious cup back home. They were the runner-ups in 1974, 1978, and 2010. And in 2014, they came in third place. Netherlands ready for a group photo before a game SOURCE: [email protected]

England was a FIFA World Cup champions half a century ago in the FIFA World Cup 1966. And after sixty years, the English team has been breezing through their FIFA competition. With some of the best players currently in the sport, England's football team boasts the best lineup possible. Harry Kane is taking the role of captain and along with him are all-star players representing their nation. And under the leadership of Gareth Southgate, fans are on the English football team support. 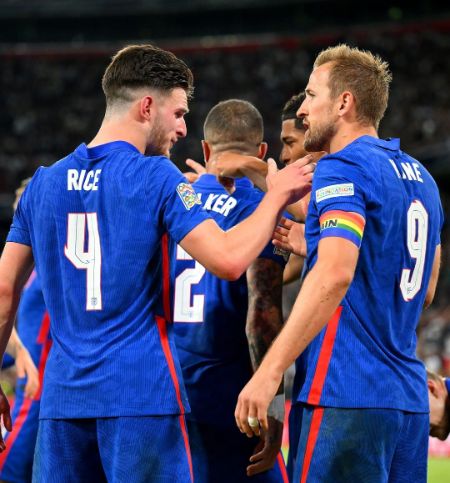 England's national soccer squad won their qualifying matches by a landslide. In their first qualifying match, the English players bagged the win with a whopping five-goal to zero against Albania on November 12th, 2021. Similarly, they blew away their opponent San Marino with a ten-goal to nil on November 15th, 2021.

Germany previously won multiple FIFA World Cups, unlike most other teams on the list. Similarly, in the past decade, Germain's national soccer team bagged a win in the 2014 FIFA World Cup. The Germans won their first World Cup in 1954, but the next victory came in 1974, two decades later. The third FIFA win came in 1990. 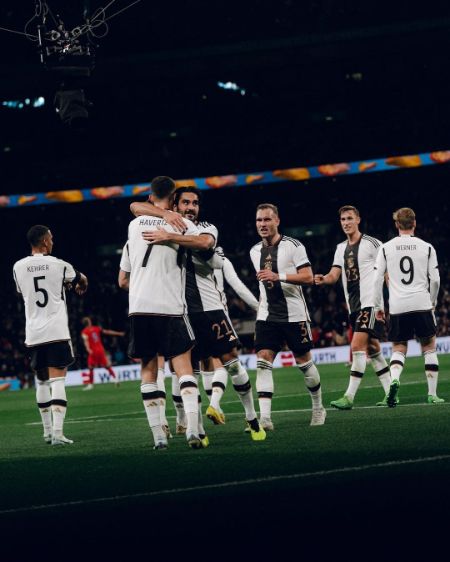 Manuel Neuer holds a slot in the list of best goalkeepers in the world. Germany also has players like Jamal Musiala, Thomas Muller, Illkay Gundogan, and Joshua Kimmich playing under its banner. Germain national football team manager/head coach Hansi Flick is bringing his A-Game to the upcoming FIFA tournament. Flick's assembled players might be even more frightening in a few years.

Spain won the 2010 FIFA World Cup; aside from that, the Spanish team became fourth in the 1950's FIFA world cup. However, things for the Spanish football team might be changing, and it is one of the favorites to back the FIFA 2022 World Cup. 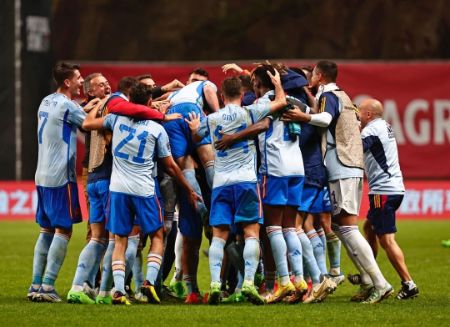 Argentina has repeatedly shown why it's considered one of the best. Likewise, the Argentine national football team won FIFA World Cup twice, in 1978 and 1986. Similarly, the formidable football team came close to bagging the tournament thrice. 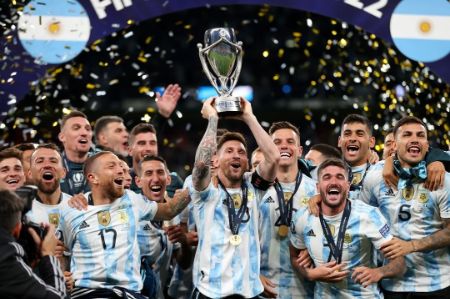 With powerhouses like Lionel Messi and Angel Di Maria taking the assault, the Argentine soccer team will no doubt be a threat. Similarly, the head coach/manager of the squad, Lionel Scaloni, works like a glue that keeps them together. Argentina secured its spot in the 2022 FIFA World Cup with four wins and two draws.

As for the tournament matches, firstly, the Argentine squad will face Saudi Arabia on November 22nd, 2022. After this, their second match in the group stage will be on November 26th, 2022, against Mexico. Finally, on November 30th, 2022, Argentina will go against Poland.

The defending champions of the FIFA 2018 World Cup, many fans have high hopes of them retaining their title. Likewise, many French supporters want their team to win the coveted World Cup twice in a row, making France the winner of three world cups. 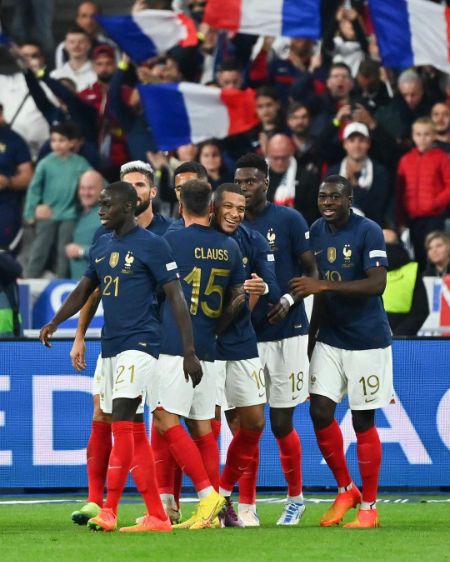 With strikers like Kylian Mbappe and Karim Benzema, France has no issues in the offensive sector. Jules Kounde, Presnel Kimpembe, and others taking care of the defense, the French team will be one formidable opponent, that's for sure. Similarly, with the talented Didier Deschamps taking the helm as the head coach, the French team has one the best chances to win the 2022 Qatar FIFA World Cup.

France decimated their opponent on November 13th, 2021, in the Group D qualifying match. They faced Kazakhstan for their first match, and the French team won by a landslide with eight goals to nil on the scoreboard. Likewise, their second win was against Finland on November 16th. As for their schedule in the 2022 FIFA World Cup, they face Australia on November 22nd, Denmark on November 26th, and Tunisia on November 30th, 2022.

Brazil holds the most wins in the FIFA World Cup tournaments. Over the years, Brazil has won five world cups, in 1958, 1962, 1970, 1992, and 2002. And many fans of the Brazilian soccer team believe that 2022 will be the year to take their sixth title home. And given all the talent they found since the last world cup, it won't be a stretch to believe that. 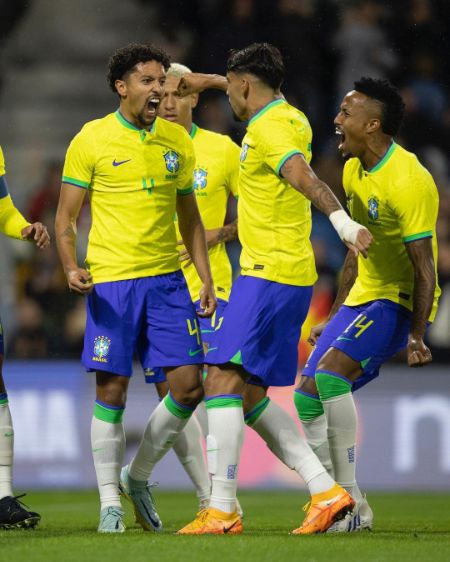 With heavy hitters like Vini Jr and Neymar taking gunning for the goal, the Brazilian team's offensive prowess isn't something that other groups can ignore. Similarly, with Thiago Silva, Dani Alves, and Marquinhos defending, the other squads will have difficulty scoring a goal. And with Tite commanding the team as head coach, Brazil possibly holds the best chance of winning the 2022 World Cup.

The Brazilian team managed to earn their spot in the FIFA 2022 World Cup by winning six qualification matches and three draws. Moving on to the tournament, Brazil will face Serbia on November 24th, 2022. And after that, they face Switzerland on November 28th. Lastly, the Brazilian soccer team will finish their group stage against Cameroon on December 2nd, 2022.