Ilkay Gundogan is a professional football player who plays as a midfielder for Germany national team and for English professional football club, FC Manchester City wearing jersey number 8. He has played for many German football clubs like Borussia Dortmund, 1.FC Nurnberg, and VFL Bochum and has represented Germany in their youth levels. He made his debut for the senior team in 2011. The midfielder also played at UEFA Euro 2012 for Germany but missed World Cup 2014 and Euro 2016 due to injury.

The twenty-eight years old hunk is possibly single and unmarried. He was previously in a relationship with a German Turkish actress and model,  Sila Sahin. Furthermore, his net worth is approximately $20 million in 2019.

Ilkay Gundogan’s Net worth and Salary

As of 2019, Gundogan has an estimated net worth over $20 million, mostly earned through his professional football career.

Besides, he has an endorsement deal with a famous sporting brand like Adidas, which adds tremendous value to his net worth.

With his excessive earning, he is leading a charmed and luxurious style.

Gundogan owns a collection of various luxurious cars. In July 2016, he was seen driving three different Mercedes cars in a period of 1 month. He was spotted with Mercedes G-Class jeep worth a staggering £150,000, Mercedes GLS SUV worth £100,000, and Mercedes-Benz CLA Class 2.1 CLA220d AMG worth £50,000.

Ilkay Gundogan was previously in a relationship with his then-girlfriend, Sila Sahin, a German Turkish actress and model. They dated for two years from 2013 to 2015 before splitting up.

Sila came into limelight after she gave a nude photo shoot for a cover shoot for Playboy - becoming the first Turkish woman to appear on the front of the magazine. She has also been starring as Ayla Ozgul in German soap opera 'Gute Zeiten, Schlechte Zeiten'. 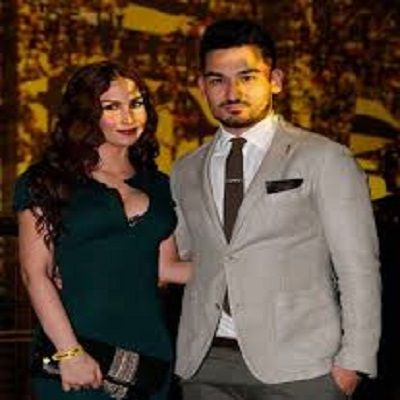 Their separation is believed to be in mutual understanding.  Sila moved out of the apartment which she shared with Gundogan after their breakup.

It is quite possible that he is single.

Gundogan stands at the height of 5 ft. and 9 inches and weighs 79 kg.

Ilkay Gundogan is of German Turkish ethnicity. He was born to Turkish parents: mother, Ayten Gundogan, and father, Irfan Gundogan on 24 October 1990 in Gelsenkirchen, Germany.

He played with the several youth ranks of German football clubs as SV Gelsenkirchen-Hessler 06, Schalke 04, SSV Buer and VfL Bochum.

Ilkay Gundogan joined the main team of Vfl Bochum in 2008 and later signed with German Bundesliga football club 1. FC  Nurnberg in 2009 and scored his first goal in the Bundesliga against Bayern Munich on 20 February 2010.

Gundogan signed a four contract year for a reported transfer fee of €4 million with another Bundesliga team, Borussia Dortmund on 5 May 2011 and made his Dortmund debut against Schalke 04 on 23 July 2011.

He scored his first goal for the club against SC Freiburg on 17 December 2011 and played a major part in securing top German cups like  Bundesliga in 2011 and DFL Supercup in 2013.

After his successful stint at Borussia Dortmund he signed a four year contract deal with English football club, Manchester City FC  on early June 2016 for a transfer fee of £20 million and made his debut for the Manchester City against  Borussia Monchengladbach and made an immediate impact by securing a penalty for the club as the penalty was successfully converted by Argentian striker, Sergio Aguero.

He was a part of the successful Manchester City team along with fellow City midfielder, Portuguese Bernardo Silva that won EFL Cup in 2017/18.

After playing for  German U-18, U-19, U-20, and U-21 teams, he made his senior debut for Germany against Belgium during UEFA Euro Qualifiers on 11 October 2011 and scored his first international Germany against Kazakhstan on 26 March 2013 during 2014 FIFA World Cup Qualifier.

He was the part of German squad captained by Philipp Lahm alongside fellow midfielder, Mesut Ozil that featured in the UEFA Euro Championships held in Poland and Ukraine.