A French footballer Presnel Kimpembe currently plays as a defender for Paris Saint- Germain. The 23 years old footballer, Kimpembe has played for clubs including AS Eragny, and Paris Saint-Germain.

Kimpembe currently receives around €2.6 million as a yearly salary from his current club. His weekly wages is estimated to be around €50,000.

How Much Is Presnel Kimpembe Net Worth In 2019?

As of 2019, Presnel Kimpembe has an estimated net worth of $5 million, mostly earned through his football career.

Currently, Kimpembe's market value is estimated to be €30 million. After winning the several championships with the club, he receives a good sum of bonus from his current club.

Kimpembe currently receives around €2.6 million as a yearly salary from his current club. His weekly wages is estimated to be around €50,000. Before signing a new contract with the club in 2016, his monthly wage was £7,100 and £1650 in a week.

Besides earns much from his endorsement deal with various brands including Adidas.

He often posts his snaps with cars and Quad Bike pictures via Instagram, where he has 2.4 million followers till this date.

It seems Kimpembe is a dog person and often posts snaps with dogs named Letty and Nala. He is often seen enjoying his weekend in a swimming pool, desert, ocean beach, and hills, etc.

Personal Life of Presnel Kimpembe; Is he Married?

Presnel Kimpembe, 24, is neither married nor single. Currently, he is in a relationship with his longtime girlfriend, Sarah. 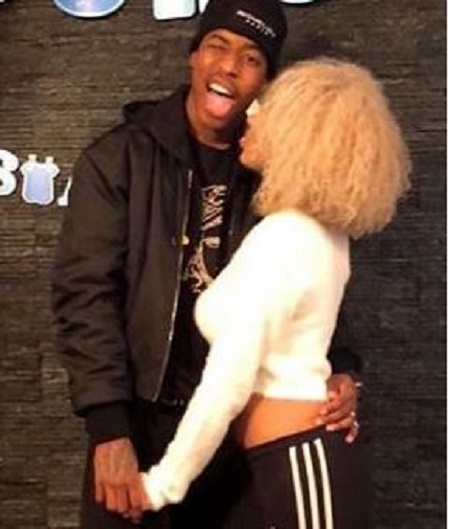 Further, she shares a son with his girlfriend. He never ceases to show him off on social media.

Besides, he often shares the photos of his vacation enjoying with his teammates.

Besides, he often shares snaps with his teammates Kylian Mbappe, Julian Draxler via Instagram.

Must Read: What Properties Does, Kylian Mbappé Owns? His Net Worth, Salary, & Endorsement

Presnel Kimpembe was born on August 13, 1995, in Beaumont-sur-Oise, France. He holds both French and Congo DR nationality. His father is a Congolese while his mother is Haitian. He grew up with his siblings Kimpembe Kevin and Black Kitoka Kimpembe.

At the age of 7, Presnel Kimpembe began his football career joining youth club of AS Eragny in 2002. After three years with the AS Eragny, he went to Paris Saint-Germain in 2005.

Kimpembe was also included in the Paris Saint-Germain squad several times since 2014. His first match came in Championship League against Barcelona on February 14, 2017. So far he has played 30 matches for the team in Ligue 1. 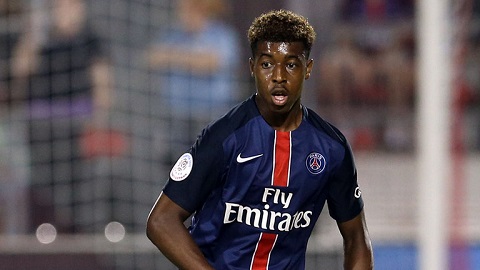 Must Read: How Much is Alphonse Areola's Salary and Net Worth?

Kimpembe was then called up to his senior national team of France in 2018 FIFA World Cup qualifier against Bulgaria and Netherlands in October 2016. His teammates are Anthony Martial, Blaise Matuidi, Kingsley Coman, etc.