Harry Edward Kane is one of the renowned faces in the footballing world, often compared to the likes of Lionel Messi and Cristiano Ronaldo. Kane plays professional football as a forward for the Premier League club Tottenham Hotspur and captains the England national team.

In 2017, Kane was ranked the fifth-best player on the planet by The Guardian. Since January 1, 2011, Kane has been representing Tottenham Hotspur. Besides, Kane is also in the team England that is playing in the FIFA World Cup 2022.

As reported by Celebrity Net Worth, Kane has an estimated net worth of $40 million, including all of his properties and earnings. According to Salary Sport, Kane earns £200,000 weekly and £10,400,000 yearly from his current team, Tottenham Hotspur. 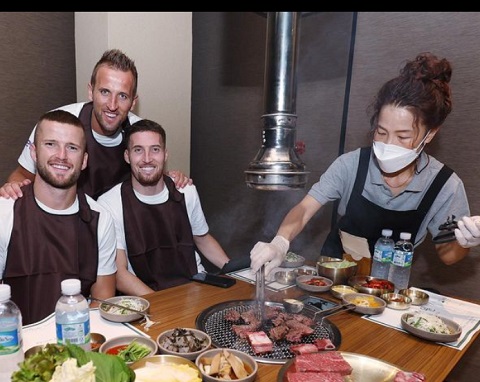 Harry Kane having a good time with his mates  SOURCE: Instagram @harrykane

Meanwhile, his current market value is €90 million; on May 28, 2018, it was €150 million. Also, Kane makes money from brand endorsement while working with Nike. The professional lives a lavish life, and his life can be explored by following him on Instagram as @harrykane.

Love Life: Who Is Harry Kane Married To?

Harry Kane is married to his long-term Katie Goodland. The couple got engaged in July 2017. In many interviews, Harry has stated that they were childhood friends, which indicates their long relationship. Furthermore, the couple has a beautiful daughter Ivy Jane Kane, born on January 8, 2017. 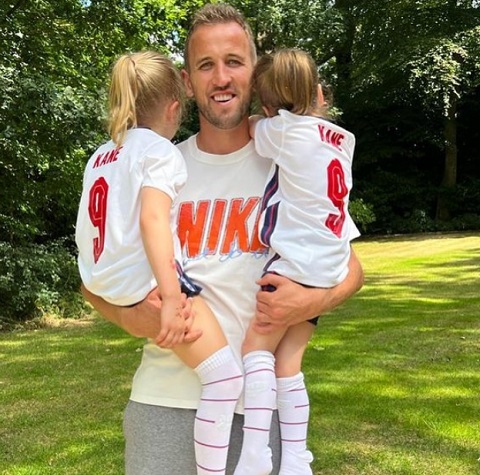 Moreover, the couple became parents for the second time after welcoming a second child named Vivienne Jane Kane on August 8, 2018. In the same way, the family was increased when their third child, Louis Harry Kane, was born on December 29, 2020.

At the outset, Harry Kane played for a local club Ridgeway Rovers; afterward, he joined the Arsenal youth academy. On August 25, 2011, he made his senior debut for the world-famous English club Tottenham in the UEFA Europa League; moreover, his incredible talents and skills excel him a star in a short time.

His magical duo with Dele Alli is Unstoppable. Harry became a regular starter and goal scorer, winning the Premier League Player of the Month award twice with 31 goals across the campaign, and he was also named a PFA Young Player of the Year, Premier League Golden Boot, and so on. 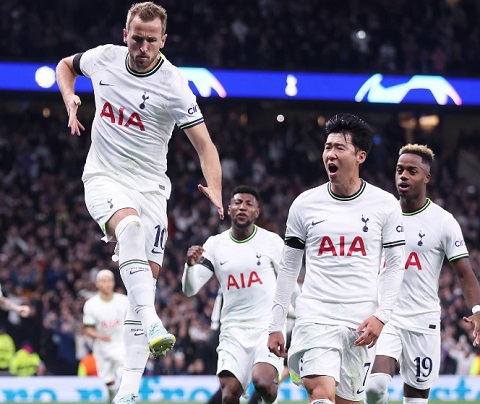 Harry Kane while playing in a game  SOURCE: Instagram @harrykane

On September 5, 2015, Kane played his second for the senior side against San Mario and scored the fifth of England's six goals, which qualified England for the UEFA Euro 2016.

On June 10, 2017, Harry Kane captioned the national team for the first time in their 2018 FIFA World Cup qualifiers against Scotland, scoring the equalizer in injury time draw the end results to a 2-2 draw. On October 5, 2017, he scored against Slovenia, which confirmed England's spot in the 2018 FIFA World Cup Russia.

Harry Kane is the top scorer at the 2018 FIFA World Cup group stage, scoring five goals in his two appearances. On June 18, 2018, he scored two for England in a 2-1 win over Tunisia and scored a hat-trick in a 6-1 win over Panama.

Harry Kane was born Harry Edward Kane on July 23, 1993, to Pat Kane (Father) and Kim Kane (Mother). He has one older brother named Charlie. Harry holds British Nationality, and he is of Irish descent through his father, who is from Galway. His birth sign is Leo.

Accounting for the education career of Harry Kane, he attended the school of Chingford (Chingford Foundation School). The majority of the family was a great admirer of football. Likewise, as sporting genes came from his mom, Harry was very good at football. However, he was anxious about his father's ignorance.