Kevin De Bruyne is a Belgian professional football player who currently plays midfielder for the English club Manchester City and the Belgian National Team. He is often called an advanced playmaker due to his technique, wide range of passing, and long-range shooting skills.

The 31 Years old, professional has played for clubs like Genk, Chelsea, Werder Bremen, VfL Wolfsburg, and Manchester City. He is receiving an annual salary of £20 million from his present club, which has boosted his net worth.

Net Worth and Endorsements of Kevin De Bruyne

Kevin De Bruyne has an estimated net worth of $30 Million, including all of his properties and earnings. He currently receives an annual salary of £20 million from his present club, which has boosted his net worth. His weekly wage is around £400,000 at current. 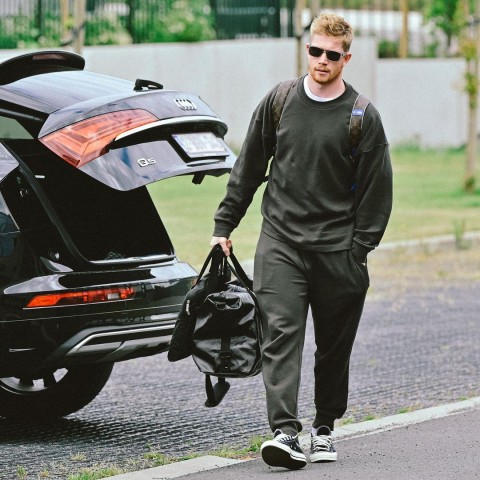 He is currently linked to many endorsing brands or companies. He signed a contract with Orange and was the face of"Orange Sponsors Yo" ahead of Euro 2016. He endorses Nike and wears the shoes Nike Magista Obra designed by it during his game.

His current market value is recorded to be $78 million. As for riding, he mostly prefers a BMW. Besides, he has three cars of Mercedes including a Mercedes G-Wagon, Nissan, Volkswagen, etc.

Kevin De Bruyne was born on June 28, 1991, to Belgian parents Anna De Bruyne and Herwig De Bruyne. He was born and raised in Drongen, Ghent, Belgium, along with his sister Stefanie De Bruyne. Talking about his nationality, he is a Belgian citizen.

De Bruyne began his professional career in 2008, joining the Belgian professional club Genk. He made his official debut for the club on May 9, 2009, in a match against Charleroi. His debut goal for the club came on February 7, 2010, against Standard Liège. He helped the club to win its third-ever title in the 2010–11 season. His four seasons with the club ended with a total of 97 appearances and 16 goals.

He joined the English club Chelsea on January 31, 2012, signing a five-year contract with the club. In a friendly match against Seattle Sounders FC, he made his debut for Chelsea in a 4–2 win. After playing three games for the club, he was loaned to Werder Bremen on August 2, 2012. He scored his first goal for Bremen on September 15, 2012, against Hannover 96. He was further sold to VfL Wolfsburg.

He joined Wolfsburg on January 18, 2014, and made his debut against Hannover 96 on January 25, 2014. He scored his first goal for Wolfsburg in a 3–1 away win against Hamburger SV. His only season with the club ended with 51 appearances and 13 goals.

He again signed with the premier league club Manchester City on August 30, 2015, marking a six-year contract with the club. He made his club debut against Crystal Palace, replacing Sergio Aguero in the 25th minute. He plays for the club along with his midfield partner Silva and Yaya Toure. In 2021, The player extended his contract for four-year.

Kevin De Bruyne has represented his national side in Belgium in several tournaments at both junior and senior levels. He made his senior international debut on August 11, 2010, in a friendly match against Finland. He has won 58 caps for his national side scoring 13 goals. He is a good friend of his teammates as Origi, Lukaku, and Hazard.

Kevin De Bruyne is a married man. He is married to his loving girlfriend, Michele Lacroix. The couple has been together since last year after De Bruyne proposed to her beneathParis'ss Eiffel Tower in December last year. 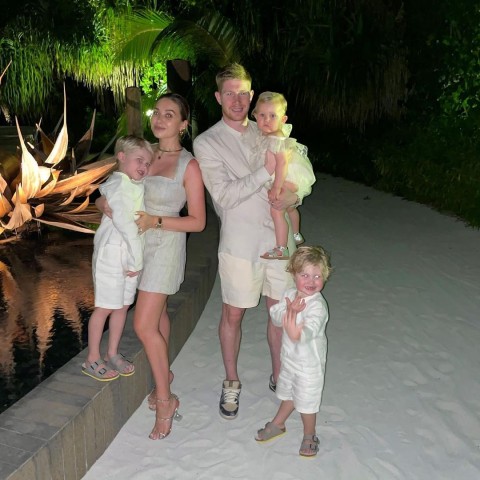 Kevin shares a photo of his family  SOURCE: [email protected]

The couple tied their knot on July 24, 2017, among their family and friends in his hometown Belgium. The couple often makes public appearances together, attending several functions and parties.