Almost a century ago, the French magazine France Football started presenting awards to the most elite soccer stars yearly. And in 2022, the French forward Karim Benzema bagged his first Ballon d'Or. Besides earning his first d'Or, Benzema cemented his legacy as one of the best footballers of his time. His time in the Spanish club isn't anything to scoff at; Karim has been playing for the football club for over two decades.

The soccer star recently won the UEFA Nations League, representing his home country. Similarly, Karim won his first UEFA championships in 2004. At the time, he was playing for Lyon FC. Please keep reading this article to learn more about his journey to Ballon d'Or!

After showing the world his world, the French footballer received his award at the Theatre du Chatelet, Paris. Similarly, the Real Madrid player came to be recognized as one of the best players in the world. And now, Karim Benzema stands with the legends like Cristiano Ronaldo, Lionel Messi, and other footballers on the top. 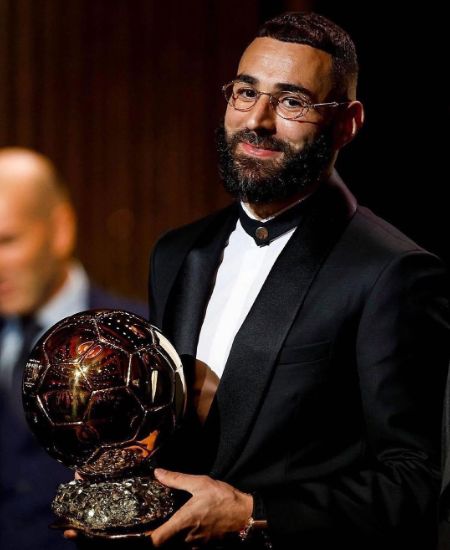 Karim's love for the sport can be seen even in his early days, as he was only six years old when he started playing for the football club. And since then, his love for the sport hasn't dwindled yet, but Benzema found in himself to further better himself and show his love of soccer to the world.

And thanks to his passion and love for football, Karim earned many awards and trophies over the years. In 2022 alone, Benzema earned the prestigious UEFA Men's Player of the Year Award!

Karim Benzema started chasing his dream at the tender age of 6!

Karim Benzema's career started in the early 1990s. Likewise, he began playing for the AS Des Buers Villeurbanne. And Benzema joined the club in 1993, after two years, young Karim left the youth club for Bron FC in 1996. 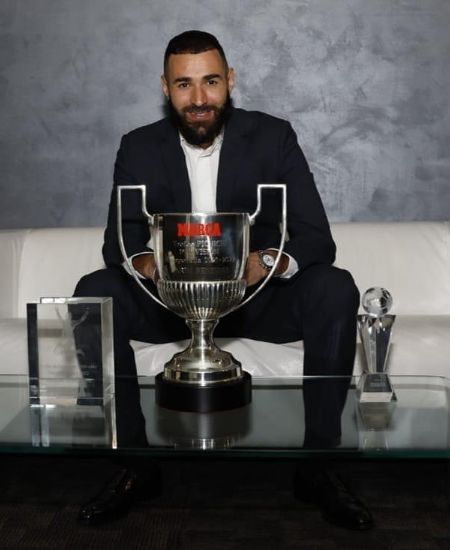 Karim Benzema, the winner of the 2022 Ballon d’Or, posed with the cup he won with Real Madrid. SOURCE: [email protected]

Benzema started playing football at a young age, but he officially started playing in 1993 at 6. Likewise, Benzema was born in Lyon, France, on December 19th, 1987. However, Benzema played in his first club for only three years.

Benzema started playing as the striker, and even today, Karim plays in the same position. And later, in 1996, the French soccer player moved to Bron Terraillon SC. Benzema started attracting a lot of eyes after playing against Lyon Youth Academy.

After playing a year in Bron, Karim left the club and joined Lyon Youth Academy. Likewise, he stayed at Olympique Lyon after his youth career. And after that, he went on to play for Lyon till 2009.

Karim Benzema, the French footballer in his mid-30s, appeared in over eight hundred matches. And in those 861 matches, Karim scored 432 goals. The French soccer star started playing under the Real Madrid banner on 1st July 2009. And on 9th July of the said year, Benzema earned a six-year deal and officially played for Madrid against Santiago Bernabeu. 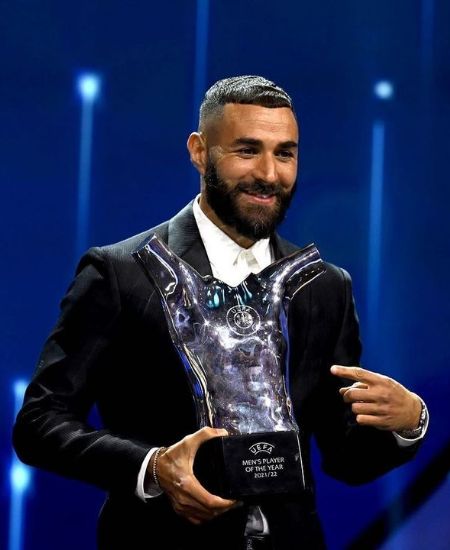 After winning the UEFA Men's Player of the Year, Karim Benzema posted this picture on Instagram. SOURCE: [email protected]

And after playing for the reserve team for a year, Karim became a member of the main squad of Madrid in the 2010 season. Likewise, he gained jersey number 9 as the team started working under Jose Mourinho.

Apart from the club matches, Benzema has played for his country throughout his career. Karim is a former footballer of the French youth international soccer team. Likewise, he earned a spot in the U-17 team with his exceptional skills. And 2022 Ballon d'Or winner appeared in the 2004 UEFA European Under-17 Championship. Karim tasted his first significant victory in the same year as he and his teammates bagged the championship for France.

Appearing in Two FIFA World Cups throughout his career!

Karim Benzema appeared in the 2010 FIFA World Cup for the first time. Likewise, the French footballer scored his first goal for FIFA against Sweden. Similarly, Karim later scored another goal against Tunisia three months later. And on June 5th, 2009, Benzema scored the only goal in the France vs. Turkey match via penalty shot. 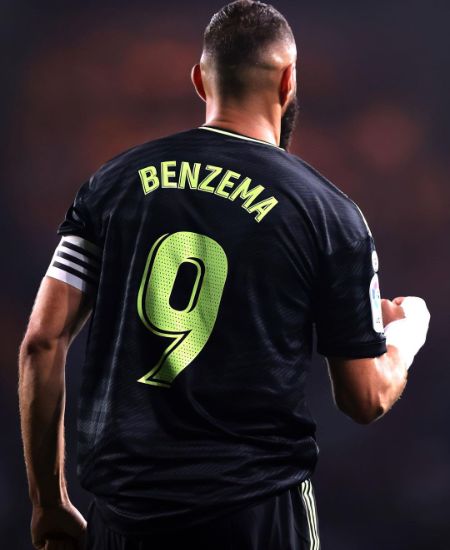 Karim Benzema posted about his comeback with this picture. SOURCE: [email protected]

On October 11th, 2013, Benzema scored his first goal against Australia. Karim sourced the sixth goal in the sweeping victory in that friendly match. And on the 2014 FIFA World Cup qualification play-off, the French team faced off against Ukraine. Karim opened the scoreboard in the 34th minute of the match.

Likewise, he appeared in the first match of France vs. Honduras. And Benzema scored multiple goals in the 2014's FIFA World Cup. Karim was left out of the French squad in the 2018 FIFA World Cup. He lost his chance to play in that world cup due to the alleged rumors of him blackmailing a teammate.

Fast forward to four years, Karim was welcomed back to the French national football team. And on November 12th, 2021, he scored his first goal in the 2022 World Cup Qualifiers. What's more, Karim and his team won the match against Kazakhstan by a landslide with eight-nil on the scoreboard.