Jamal Musiala is a rising German professional football player. He came to the spotlight in 2020 after signing up with the German League giants Bayern Munich senior year. Jamal plays as an attacking midfielder for his club and his national team. Musiala switched between Germany and England in his early days.

Jamal Musiala was born on February 26, 2003, in Stuttgart, Germany. He is among the three children born to Carolina Musiala and her husband, Daniel Richard. Jamal was born in  Germany to a British-Nigerian father and German mother and raised mainly in England. Musiala completed his High School at Whitgift School. Jamal stands five feet and eleven inches tall and weighs over 68 kg.

Jamal started training at TSV Lehnerz in his early days. At seven, He moved to England with his family and started playing at Chelsea Academy. He represented England in U15 games and appeared in two games for the U16 team Germany. Jamal later changed to England's U16 season and played with its U17 and U21 team. Musiala was also eligible to play for Nigeria but chose to play for Germany in 2021.

In 2020, England named Jamal for the 2021 UEFA European Under-21 Championship qualification matches. Shortly after that, The German football association removed their watch from him, but In February 2021, Musiala announced he had decided to represent his birth nation, Germany, for full international matches. Shortly after the incident, Jamal was named for the senior team for the 2022 FIFA World Cup.

In 2019, Jamal joined Bayern Munich and left his Youth club, Chelsea. He made his debut in the Bundesliga on June 3, 2020, and became the youngest player to play a match for Bayern in the Bundesliga, aged 17 years and 115 days. Jamal is also the youngest goal scorer for Bayern. In March 2021, Musiala signed his first professional contract at Bayern Munich until 2026.

Who is Jamal Musiala Dating? Know About His Relationship Status and Girlfriend

Although Jamal is a European household name and will be in the world, he became successful at a very early age. The German player is an active social media user and shares his games and training. However, Musiala has not publicly shared a word about his love life.

Jamal is very early in his career. Therefore, he must focus on his career rather than spending time with people.

Jamal Musiala has an estimated net worth of more than $5 Million. In February, Jamal signed a six-year contract with $5 Million per season with the German and European champions Bayern Munich. Additionally, he signed a $30 million contract with the franchise. 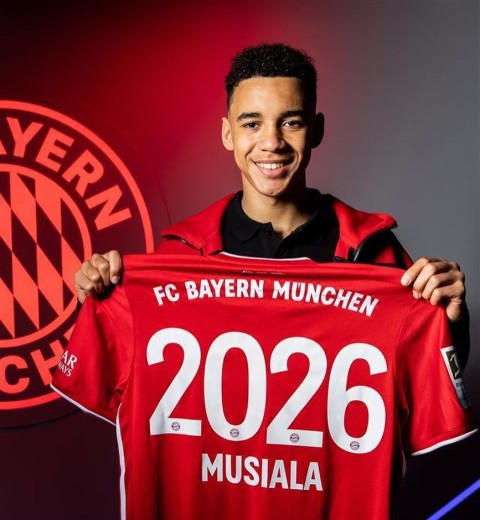 Jamal must be making a handsome amount through his sponsorship deals with Nike. As Nike is the primary sponsor for the Bayern team, he must be getting a signing amount.