Andreas Cornelius, a Danish professional football player plays as a striker for Italian Serie A Club Atlanta BC on loan from FC Copenhagen and Denmark National team. Previously, he has also played for Cardiff City after starting his career with Copenhagen in 2012.

Cornelius was included in the 23-man squad for the 2018 World Cup in Russia.

Andreas Cornelius was born on March 16, 1993, in Copenhagen, Denmark. He holds a Danish nationality.

The Danish striker started playing for Danish professional football clubs such as BK Hekla, Fremad  Amager, and FC Copenhagen at their youth levels.

Andreas Cornelius has an estimated net worth of more than $2 Million.  According to 2014 data, the average weekly wage rate of a player in the Italian Serie A league is €28,657 which amounts to around €1.4 million annual salary that a player makes. 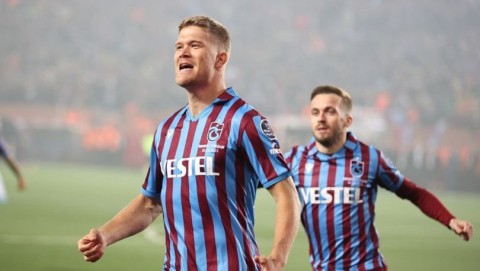 Hence his career earnings after playing for various clubs can be over $4 million dollars.

Andreas Cornelius started his professional career when he joined FC Copenhagen in the original team. He played his match for the team in a Superliga match against Aarhus. After being permanent on the team on May 20,  2012, he scored his first goal for the Danish club against, Midtjylland during the 2012/13 season.

Cornelius' time was both memorable and full of achievement not only for the club but for himself as he won the Danish Superliga Golden Boot, Danish Superliga player of the year, and Danish young talent for the season in 2012-13 seasons. He was also a famous member and popular figure of the team and fans at Cophengan.

His success at Copenhagen FC drew attention from the English Football League Club, Cardiff City FC whom the English signed the star striker for an assumed recorded fee in the club’s history of £8 million.

Andreas Cornelius signed a five-year contract with Cardiff City on 27 June 2013. He made his for the English club against Forest Green Rovers and scored his first goal for the English team in the same match.

Andreas Cornelius was signed back to his old club, FC Copenhagen on 31 January 2014. He scored a hattrick on his return to Copenhagen in his first match against Slovan Liberec.

Cornelius joined Italian Serie A team Atlanta BC  for a fee of approximately €3.5 million.

Andreas Cornelius began his national football career by representing Denmark in its U-18, U-19, and U-21teams.

He made his international debut for the senior Denmark National Football Team in 2010 and scored his first international goal for his home country against Canada in a friendly, he scored a hattrick in the same match.

Andreas Cornelius is a popular and charming personality that has won the hearts of people all over the globe. He is similarly been the center of attraction of a lot of female admirers as there is a report that he has been seen with his girlfriend.

The Danish striker is concentrating his skill on developing and honing his skill and letting his action do the talking. As per some sources, he is dating a girl. He was spotted kissing his girlfriend after a match that surfaced the news of his relationship. However, no other details are known.

In August 2021, Andreas did not fly with the national team. As per sources, His girlfriend was about to deliver. Further investigation is being done to get information about his love life and children.