Eden Hazard is a Belgian professional football player who plays for the Spanish club Real Madrid and the Belgium national team as a Winger / Attacking Midfielder. He started his professional career with Lille in 2007, where he remained until 2012.

Currently twenty-eight, Hazard has an estimated net worth of $100 million. Regarding his personal life, he is married and has three children together with his wife.

Eden Hazard's Net Worth and Salary in 2022

Eden Hazard has an estimated net worth of $100 million in 2022, including all of his properties and earnings. Hazard currently receives an annual salary of £19,812,000 from his present club. Eden has a sponsorship deal with Nike SOURCE: [email protected]_10

A maximum of his net worth is built through his professional football career. Apart from football, he earns nearly $5 million with Endorsement deals, according to Forbes.

He owns sponsorship deals with China's Sina Sports. He owned the Biscoff brand of biscuits, EA Sports FIFA, and Nike. He reportedly earns a considerable amount with his deal with Nike.

His present market value is recorded to be £99.00m.

In April 2019, he was rumored to be hunting a house in Spain, and several speculations were made that he is planning to join Real Madrid in the next transfer window.

The Belgian star has a massive collection of expensive cars. His cars are listed below:

Moreover, he also endorses Nissan and might have some brand cars. He also promotes Ice-Watch products on his Instagram.

Eden Hazard, 31, is a happily married man. He tied the knot with his long-term girlfriend, Natacha Van Honacker, in 2012 in a secret ceremony. It seems that Natacha Van Honacker prefers to stay out of the limelight, having no Instagram or Twitter accounts. 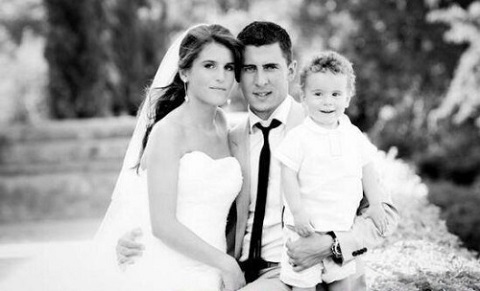 It is believed that Hazard and his spouse met when he was 14. According to the source, she moved in with him after she graduated high school, aged 18. 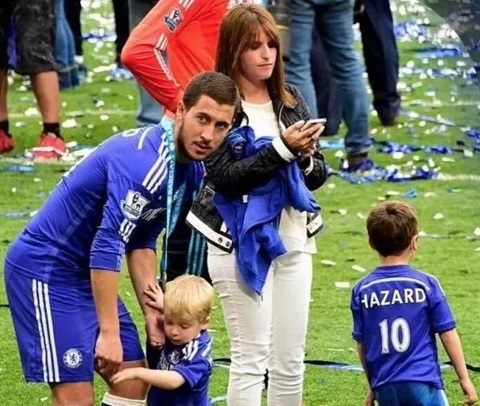 There are no rumors of a separation between the lovely couples. Eden is a loyal husband and does not engage in an extramarital affair. The lovely couple has four beautiful children. They welcomed their third son in 2015 and their fourth son in October 2019.

Eden Hazard was born as Eden Michael Hazard on 7 January 1991 in La Louviere, Belgium. He is Belgian by his nationality, and his ethnicity is white.

He is the son of Thierry Hazard and Carine Hazard. He has three brothers: Thorgan Hazard, Ethan Hazard, and Kylian Hazard, and all of them are all professional football players.

Not only his siblings but his father and mother was earlier professional footballer. His mother played as a striker in the Belgian Women First Division. From the age of four, his football career started, he was a gifted player, and he coached adequately.

Hazard's youth career started in 2005; he joined Lille and played for them. He played with the team from 2005 to 2007. As a senior, he started his career with Lille and played professionally with his team. He has scored about 36 goals.

He also won the National Union of the Professional Footballers (UNFP) Young Player of the Year and became the first non-French to win the award. Currently, he is one of the prominent players of Chelsea, along with Willian and Kante. He has scored a total of 76 goals for Chelsea as of December 2018.

He also played in the national team of Belgium, and his skills and quality of playing helped his team to reach the quarterfinals of the 2014 FIFA World Cup. He is a good friend of his national mate Romelu Lukaku. At the 2018 FIFA World Cup, he captained his national side to third place, which was their best finish in history, receiving the Silver Ball as the tournament's second-best player.

In 2019, The player moved to Real Madrid for a fee of over $100 Million. He has been at the peak of his form since joining the team.

He is technically excellent, and his speed, creativity, and ability are widely respected. Coaches, colleagues, and commentators often rank hazard as one of the best players in the world.