Kasper Dolberg Rasmussen, a.k.a Kasper Dolberg, is a Danish professional footballer who currently plays for Sevilla on a loan season from Nice as a forward. In May 2015, Dolberg made his senior debut at Silkeborg IF and switched to Ajax in July 2015.

Since 2016, Dolberg is a member of Denmark's national team and has also represented Denmark at under-16, under-17, under-19, and under-21 levels.

Kasper Dolberg's Net Worth and Endorsement

Kasper Dolberg is a wealthy footballer with an estimated net worth of $5 million, including all of his properties and earnings. He currently receives an annual salary of £2,548,000 while playing for Sevilla. The player has a weekly wage of £49,000. 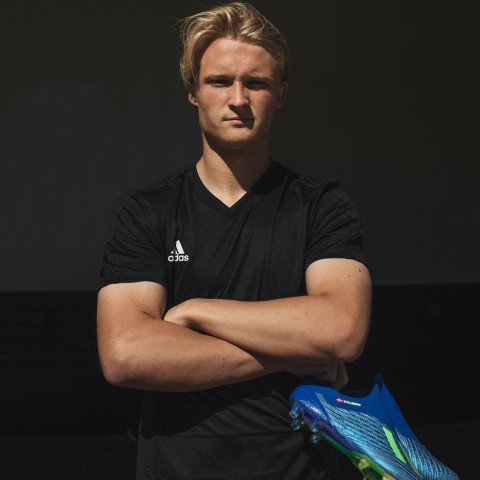 Kasper has a sponsorship deal with Adidas SOURCE: [email protected]

Also, Kasper has signed an endorsement deal with Adidas, which adds a decent sum to his net worth.

A maximum of his net worth is built through his professional football career. In 2019, his market value was recorded to be $25.08 million. The player will be adding millions in the future.

Who is Kasper Dolberg's Girlfriend as of 2022?

Kasper Dolberg is involved in a romantic relationship with Instagram star Cecilie Hornbaek. They started dating each back in 2016. Despite the busy schedule, the duo manages time for their relationship. 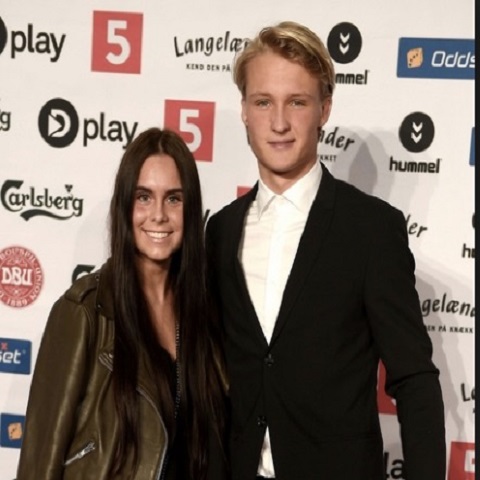 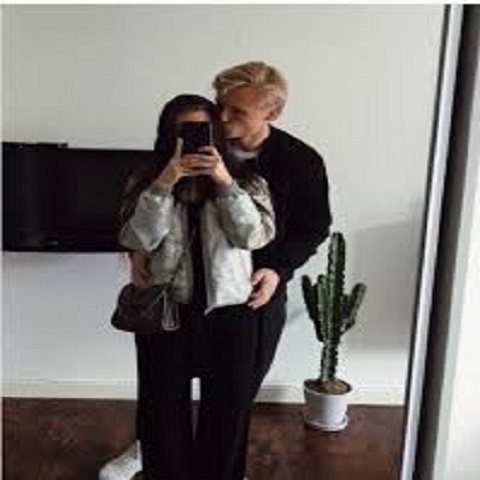 Dolberg’s girlfriend has not yet made the switch to Amsterdam, so he frequently goes back to Denmark to visit his lady.

Dolberg, who holds Danish nationality began his football career with GFC Voel at just eight. In 2010, he switched to Silkeborg IF and, later, five years to Ajax.

Dolberg made his professional career debut with Silkeborg IF on May 17, 2015, in a Danish Superliga match against Brondby IF. He entered a game after 63 minutes, replacing Adeola Lanre Runsewe in a 2–0 home loss.

On July 26, 2016, Dolberg made his competitive debut for Ajax against PAOK, contributing his first goal in a 1-1 draw in a Championship League qualification. On August 7, 2016, he made his Eredivisie debut in a match against Roda JC. The player played with Ajax until 2019 and then moved to Nice. He has appeared in more than seventy matches and was loaned to Sevilla in the 2022 season.

In November 2016, Dolberg earned his first call-up to the senior Denmark team for friendly matches against Kazakhstan and Czech Republic. On November 11, 2016, he made his international debut for Denmark in a 4-1 victory over Kazakhstan, coming on as a second-half substitute.

On June 10, 2017, Dolberg scored his first international goal for his side in a 1-3 away victory over Kazakhstan in the 2018 World Cup qualifiers, where he entered as a substitute for Yussuf Poulsen after 68 minutes.

In May 2018, he was named Denmark’s preliminary 23-man team for the 2018 FIFA World Cup along with his teammates Jannik Vestergaard, Henrik Dalsgaard, and Michael Krohn-Dehil.