Praised for his versatility, Horst Hrubesch, a retired Germany Legendary footballer, said: "Joshua has the enormous quality and is versatile in both attacking and defensive roles."

Bayern Munich's No.32 Defensive midfielder/ Right-back, Joshua Kimmich, is currently receiving a weekly wage of £296,000, which is £15,392,000 per annum. As reported, the footballer will get paid the exact figure until 2023. 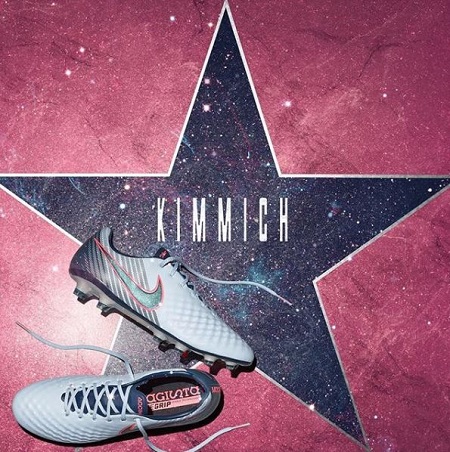 Further, he earns much from his endorsement deals. Various brands, including Nike, endorse him. His market value was recorded at €80 million. Looking at his salary and endorsement deals, his net worth in 2022 is approximately $20 Million.

Joshua Kimmich is in a relationship with his girlfriend, Lina Meyer. Some sources reported that Joshua and Lina married in early 2022, but none of them have shared about it. The duo met in 2013 when he played for RB Leipzig. At the time, she was studying law and working at Leipzig's team store. When Kimmich transferred to Bayern in 2015, Lina stayed in Leipzig to complete her studies. 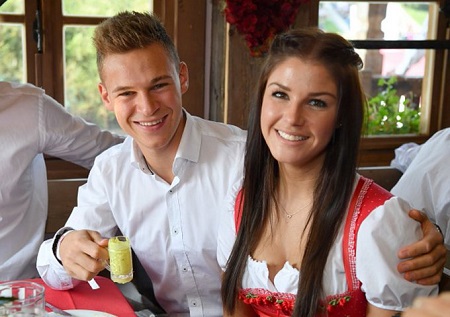 Their long-distance relationship lasted until 2017, when Lina finished her studies and moved to Munich to be with Kimmich. Since moving to Munich, she can be seen in the Allianz Arena for every home game.

In March 2019, the couple announced they were expecting their first child. The duo welcomed their first child, a son, shortly after the announcement, and then in October 2020, The family of three extended to four with the birth of a daughter.

Besides, Joshua is active on social media and has more than 5.8 million followers on his official Instagram account.

Joshua Kimmich is a professional name of Joshua Walter Kimmich. Kimmich was born on February 8, 1995, in Rottweil, Germany. Kimmich is the son of Berthold and Anja Kimmich and a sibling of Deborah.

German national Kimmich belongs to the white ethnicity. At 27, Kimmich has a perfect height of 5'.9" ft.

Following, he signed a contract with RB Leipzig in 2013. Until 2015 he gave his 53 performances for the team, scoring three goals.

Since 2015, Joshua Kimmich has played for the German F.C, "Bayern Munich," as a left-back. Kimmich signed a five-year deal with the club, worth 7 million euros, and played his first match away FC Nottingen on August 9, 2015. Kimmich team won the Bundesliga, DFL Pokal, and DFL-Supercup.

At the beginning of his international career, Joshua Kimmich represented his country at U17, 18, 19, and 21 levels. Kimmich started playing for the German international youth team in 2011. Later, in 2016, Kimmich joined the national team 2016 for UEFA Euro 2016.

Afterward, Kimmich scored his first goal for the German national team against Norway in the 2018 FIFA World Cup qualification, and the team scored 3-0. During his international career, his team won the UEFA European Under-19 Championship and FIFA Confederations Cup in 2017.