Luis Enrique (birth name, Luis Enrique Martinez Garcia) is the current manager of the Spanish national team and a former player. He enjoyed his breakthrough success in the season 2014-2015 when he led the Spanish team, Barcelona to their second treble, UEFA Champions League, the La Liga, and the Copa Del Rey.

Enrique was born in Gijon, Spain on May 8, 1970. As a player, he was prominent for being the midfielder of two rivals teams, FC Barcelona and Real Madrid.

Enrique was with his hometown team, Sporting Gijon B from 1988 to 1990 during which he scored five goals in 27 matches. He moved to the main roster of Gijon in 1989 and would remain with the team until 1991. For the A-side, he appeared in 36 games and found the net on 14 occasions.

He then signed with the Los Blancos in 1991 and while with the club made 157 advents altogether scoring 15 goals. In 1996 Enrique started to play for Real Madrid's nemesis Barcelona. For the Catalans, he sported their shirt in a total of 207 games during which he netted 73 goals, won two domestic championships, and one UEFA Super Cup. At the international level, he played for the Spanish national team. In combined 81 games (both as a junior and a senior), he recorded 15 goals. He retired on August 10, 2004.

The Spaniard commenced his coaching career on May 26, 2008, taking over the reins of Barcelona, team B. During his three years spell with the club he had a win percentage of 47.58. He then went to become the coach of the Italian side, AS Roman in June 2011 where he led the capital team to 17 wins in 42 games.

In June 2013, he was appointed as the head coach of a La Liga team, Celta De Vigo before returning to Barcelona A team on May 19, 2014. After winning two La Ligas, three Copa Del Reys, a UEFA Champions League, UEFA Super Cup, Fifa Club World Cup, and a Spanish Super, Enrique departed from Barcelona's head coach position on May 29, 2017.

He took over the Spanish team as their senior mentor in July 2018 and as of now has a win percentage of 59.09 percentage.

Luis Enrique's Net Worth and Salary

As per 2016 statistics, Enrique was pocketing around €18.72 million per annum for guiding the likes of Messi, Neymar, Suarez, Pique, Iniesta, and such. He was then the highest paying tactician with monthly paychecks worth €1.56 million. For taking the job as grueling and demanding as a football manager, Enrique has had competitive salaries during the second half of the 2010s. 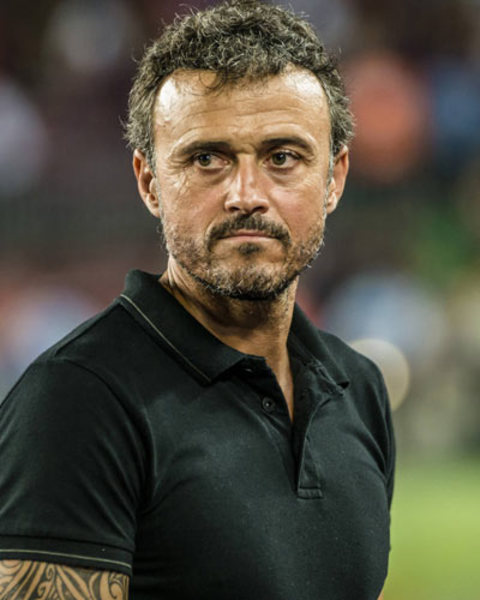 For both Barcelona and Real Madrid, Luis Enrique appeared in more than 500 official games and scored more than 100 goals. SOURCE: Spain AFP

Traditional football powerhouses such as Spain, Germany, Brazil, and France are well placed to pay their head coaches well, with some earning in the range of seven figures. As such, the former Barcelona/Real Madrid power midfielder is reported to be netting €1.5 million for helming the Spanish National team, reported Goal in 2019.

To take a rough estimation, he must have likely crossed €54 million from the three years he spent in Barcelona as their head coach. Looking at the data and sources, experts reckon he might have amassed a fortune of more than $80 million from both his managerial and playing career. Having said that, his net worth should plausibly in the frame of $30-$40 million.

Enrique is married to his wife, Elena Cullell. Together, they stand out for being one of the most low-profile couples in the world of sports. However, in August 2019, they grabbed wide public attention. Though, it was rather heaps of sympathies in the wake of their nine-year-old daughter, Xana's death who had lost her battle to osteosarcoma. 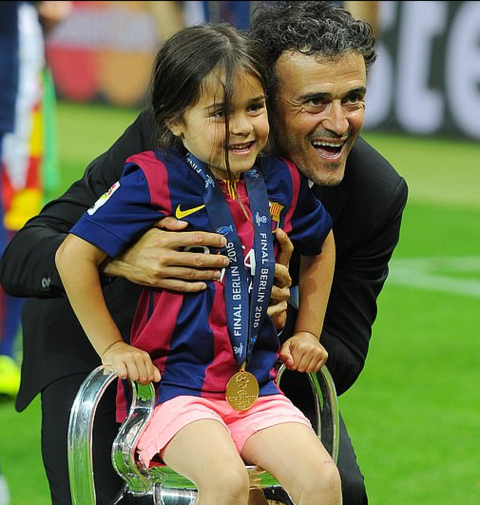 Several footballers as well as stars from other sports poured in their condolences for Enrique and his family. Some of them include Rafael Nadal, Sergio Ramos, Gerrard Pique, Anabel Alonso, along with famed stars like Messi, Xavi, and Iniesta.

Enrique had even resigned from his job as Spain's manager that season. Yet at the time, few knew the real reason behind his sudden departure. The coach and his wife, Cullell are also parents to Pacho, 21, and Sira, 19. When last reported, Pacho was into soccer and water sports while Sira was an equestrian and was a member of the Spanish junior national jumping team. 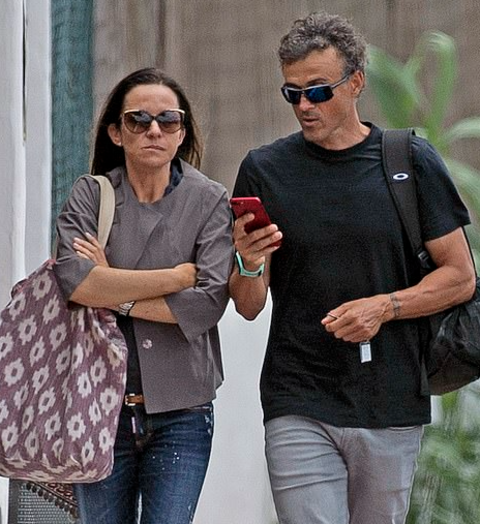 Enrique met Cullell when she was working as a flight attendant. As for the Spaniard, he had just signed for Barcelona. After about one year, on December 27, 1997, the two married in the Barcelona basilica of Santa Maria del Mar.

His partner Cullell is a native of the Bajo Llobregat, a coastal region in Catalonia, Spain. She hails from a bourgeoisie community. Mrs. Enrique studied at the elite French school, Bon Soleil Gava, and had gone to the US for her college studies. She also pursued a degree in economics in Barcelona.&n