Gossip Why Is the Price of the UFC's Pay-Per-View Rising? Know About the ESPN Broadcast Deal Done in 2019 and UFC 283 Matches

Why Is the Price of the UFC's Pay-Per-View Rising? Know About the ESPN Broadcast Deal Done in 2019 and UFC 283 Matches

After the COVID-19 Pandemic, many new challenges arose for the average joe. One of which is the rising prices of many commodities and services. Now, UFC fans are outraged by the recent pay-per-view price hike. Along with the rise in gas prices, buying a UFC per-per-view with the hiked-up price might be too much for the fans.

A pay-per-view held the price tag of $74.99 throughout 2022. But, starting from January 2023, fans must pay $79.99 for the event. Many MMA lovers took to social media about their dislike of the increase in the price. While the changes found a massive backlash from the fans, the streaming platform ESPN+ remains silent on the issue.

ESPN is the only network to hold the right regarding the UFC streaming rights. As such, the said channel has a monopoly on UFC PPV. And as such, the price has been increasing every year. In 2019, fans claimed their hatred of the $5 increase in Pay-Per-View. 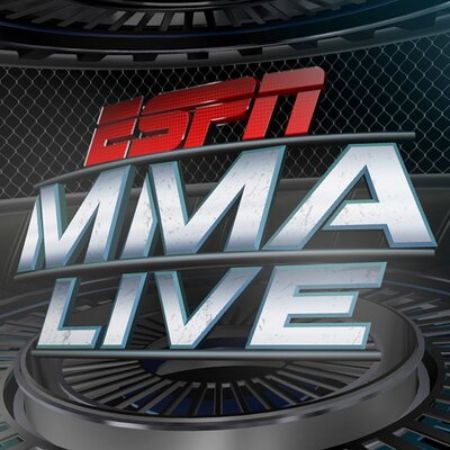 Since ESPN bought the right to stream UFC PPV every year, the price increase has been apparent. In 2019, ESPN outbid Fox for the rights to air UFC. And by 2020, the UFC PPV price increased to $64.99 from $59.99, excluding the ESPN+ subscription fee.

The Parent Company Disney bought the UFC Streaming Right For a Billion Dollars!

Fans found a massive shift in the price after Disney bought the streaming right. Before the Ultimate Fighting Championship found a home on ESPN, Fox network streamed the sport for almost a decade! From 2011 to 2018, Fox Sports held the right to stream UFC. UFC President Dana White stated it's up to the ESPN network to charge for the Pay-Per-View. SOURCE: Instagram

ESPN's parent company, Disney, bought the entire rights package in 2019. What's more, the multi-billion corporation forked up $1.5 billion for a five-year deal. As a result, UFC's value reached $7 billion right after the arrangement.

Pay-Per-View prices increased by $5 yearly following the deal between ESPN and UFC. The fans remain livid about the rise. But, the President of UFC, Dana White, shifts the blame to the streaming platform.

Why is the UFC PPV price increased every year?

The hiked price for the UFC pay-per-view might be due to the monopoly over the streaming right. And since ESPN holds the sole right to stream the event, their choice to hike the prices for more profit was inevitable. But the fans hate that the streaming platform added 5 dollars more. Also, the PPV doesn't exclude the ads during the duration of the event.

UFC 283 Matches Looks Enticing Even with the Price Hike!

UFC has always delivered on its promise of a good fight. And the UFC 283 tempts the fans with enticing matchups. With the monopoly over streaming rights, fans will be forced to comply with the outrageous price tag of $79.99. One of the main events of the UFC 283 is Jamahal Hill vs. Glover Teixeira. SOURCE: Instagram

The main cards of two title fights, the 283 editions in Jeunesse Arena, will pull in a vast audience. The much-awaited fight between Glover Teixeira and Jamahal Hill for the vacant UFC Light Heavyweight Championship.

Deiveson Figueiredo and Brandon Moreno will face each other for a title match. And Deiveson and Brandon have a history with each other. These two fighters fought thrice in three years. Similarly, their bout might be the most awaited as both fighters have one up on each other in their fights.

The said two matches will be co-main eventing in the UFC 283 on January 21, 2023. Besides them, the main card also holds these fights: