Jamahal Hill is an American mixed martial artist who is currently competing in the Light heavyweight division of the Ultimate Fighting Championship (UFC). He started his UFC career in 2017.  His last fight was held on July 23, 2019, in DWCS, against the rival Alexander Poppeck where he defeated him with a record 5-0-0. He has a pro record of 10-1-0, 1 NC (Win-Loss-Draw).

A native of Chicago, Jamahal Hill, was born on May 19, 1991, under the star sign of Taurus. He has a height of 6 feet 4 inches and a weight of around 92 kg. He is ranked in the 81-position as the current best MMA Light Heavyweight Fighter of the Ultimate Fighting Championship.

Jamahal Hill joined the MMA in 2017 and has a long way to go before he starts earning thousands of dollars from the UFC like other veteran fighters such as Michael Bisping, Anderson Silva, and Donald Cerrone. Hill has won his last five fights consecutively for which he received a cash prize of thousands of dollars (win prize is not disclosed), including a win bonus for each fight.

The 30-year -old Jamahal Hill is a married man. But information regarding her wife remains unknown nor Hill has talked about her. He has a son, who is still young, and a daughter named Malaya Hill, who is thirteen years old. 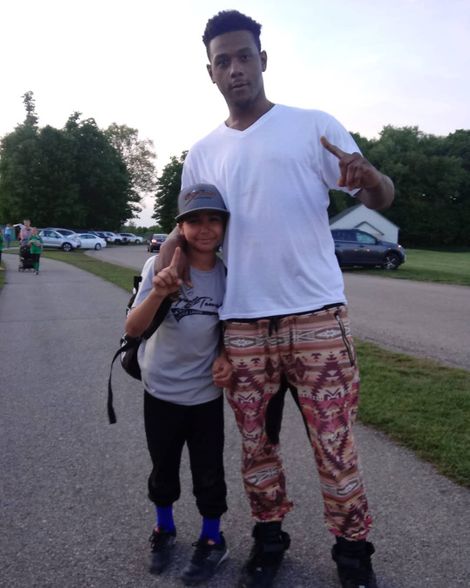 Jamahal has posted many photos of his children but not his wife's pictures. Maybe Jamahal is not interested in it. Keep visiting playerswiki to know about his marriage background. We will soon update information about his wife as soon as we find it.

Always Aiming to be the Best

So many people strive to be the best version of themselves, but few achieve that goal and there's nothing wrong with that. For instance, take Jamahal Hill, whose goal is to become the greatest mixed martial artist of all time. That is quite possibly within his reach if he sacrifices some of his time for hard workouts and wins the fight. In fact, his success is in his own hands. 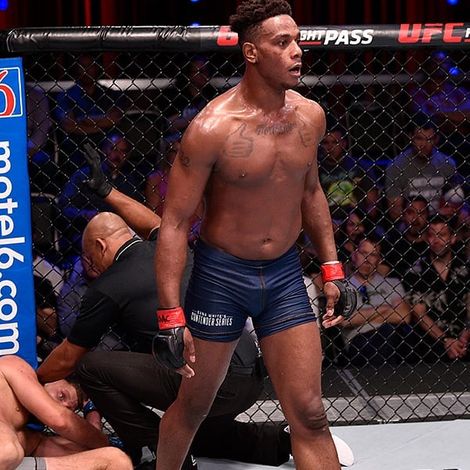 “It almost feels unreal but, at the same time, it’s something I’ve been preparing for, not just since I’ve been training, but my whole life,” said Hill. “Ever since I was a kid, I felt like whatever I locked in on as what I wanted to do, I was gonna be one of the greatest to ever do it. When I was younger, I thought it would have been football or basketball, but then I grew up and I started fighting and I wanted to be the greatest at that. Whatever I do, I aim to be the greatest.”

His Trip to China was Cancelled

In October, Woodson made his debut in spectacular fashion against Kyle Bochniak. He won that fight and whereas veteran Quarantillo defeated Chris Fishgold the following month in the Octagon. Then in August, Jamahal Hill was supposed to beat both opponents to the big show. However, the delay in resolving some paperwork issues thwarted him from a trip to China to face his rival Da-un Jung on short notice.

The light heavyweight newcomer became disappointed. But “Sweet Dreams” will get his shot on January 25 when he faces Darko Stosic in Raleigh, North Carolina. It’s a lot shorter trip for the Grand Rapids product compared to a trip to China though, but whether Hill will travel to China or within the USA, he just wants to get his feet there and scrap.