Neil Magny is an American MMA fighter who made a name for himself as a competitor on TUF: Team Carwin vs. Team Nelson. A professional since 2010, he spent his initial phase of career competing for Hoosier Fight Club, Combat USA, C3 Fights and signed to the UFC in 2013.

The welterweight division fighter, Neil Magny was born on August 3, 1987, in Brooklyn, New York, United States. He holds an American nationality and belongs to the Haitian and Dominican descent.

Neil Magny has summoned $1,404,000 as his UFC career earning. He made his career-high  $155,000 earnings in the UFC against Carlos Condit at UFC Fight Night: Thompson vs. Till. Despite the loss against Santiago Ponzinibbio in his last bout, he received a paycheck of $89,000.

Besides UFC, he has competed at various events which has helped him add decent value. Being a household name in the MMA industry, Magny might be endorsed by various brands.

Neil Magny, 32, is a married man. He exchanged the vows with his long-time girlfriend, Emily Magny, on 12th July 2018, in an intimate wedding ceremony. 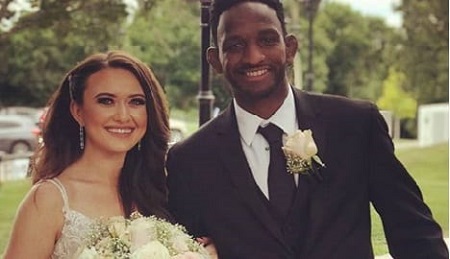 His spouse, Emily Magny was born Emily Rae Steiner. What's more, she is a hairdresser who runs her own salon ‘Emily of Johan Hair Studio’ located in Palmer Lake, Colorado. Emily was trained through the Toni & Guy Hairdressing Academy. Her specialties include bridal and special occasion hair and makeup. 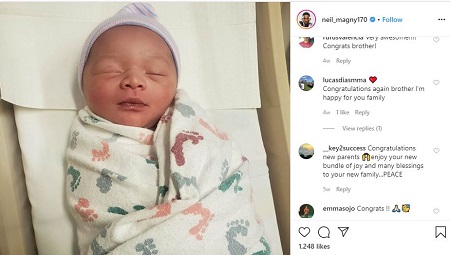 By June 2019, the couple was expecting their first kid. On 23rd January, their son was born and named Liam Jacques Magny.

Magny graduated from Thornwood High School in the Chicago area. Further, he enrolled at Southern Illinois University Edwardsville, earning a B.A. in Criminal Justice. Also, he is an army veteran.