Dreams do come true, and Zion Clark made history. Clark has become an inspiration to the world. As a man born with no legs wins his MMA debut, it's only ever heard in the fables. Yet, Zion, born without legs, wins his first professional mixed martial arts match.

Before his MMA debut, Clark was an amateur wrestler. And like anything unique, he soon from a massive online following. After years in amateur wrestling, the inspiring athlete shifted to MMA. Even the MMA legend Conor McGregor voiced his support for the new mixed martial artist. Besides his action sports involvement, Zion also wrote a memoir co-authored by James S. Hirsch.

Zion Clark has suffered from the rare Caudal Regression Syndrome since birth.

Up-and-coming MMA athlete, Zion Clark, was born on September 29, 1997, in Columbus, Ohio, USA. However, the talented Clark has faced many challenges since birth. Even if he hadn't been born with Caudal Regression Syndrom, his early life would have still been as hard as it was. 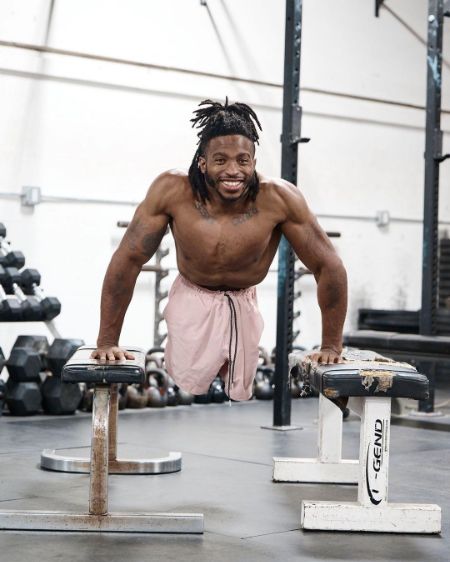 Zion Clark worked out at the gym after winning his MMA debut fight. SOURCE: [email protected]

Zion's biological mother left him for adoption at birth. According to his bio on his website, Clark's birth mother was not fit to raise and care for him. As we all know, kids can be super mean. Since the MMA star was born without legs, you can guess how his childhood went. But thankfully, he found amateur wrestling and fell in love with the sport.

In his early days as an amateur wrestler, Zion never won a match. But, despite the massive drawback of not having legs, Clark kept moving forward. Everything changed for the differently-abled MMA fighter in high school. When he joined Massillon High School, Clark met the coach that became his biggest supporter, Gil Donahue.

Donahue became one of the critical factors taking him in the right direction. Clark could have mopped about his disability; instead, he poured his heart and soul into his training. Gil loved Zion's passion; the coach supported him throughout his high school wrestling career.

Zion was very close in his attempt at the D-1 Ohio Wrestling Championship!

Zion Clark found it difficult to secure a win in his early days as an amateur wrestler. But it was natural; everyone was terrible in their craft in the early days. Clark trained very hard, and with the help of coach Gil Donahue, his progress became clear.

Clark managed to finish his senior year with a 33-15. Zion needed one more win to qualify for the D1 Ohio High School State Wrestling Championship. Sadly, his journey would end when his opponent won with a fall 1-0 after a brutal 6 minutes of regulations and two overtimes. Although Zion lost the match that day, he won the audience's hearts in the packed gymnasium.

His massive online presence and his debut in MMA: Zion Clark!

Zion Clark currently holds a massive online presence. On his Instagram account, the MMA fighter has a million followers. And his inspiring content became beloved by the said millions. However, his fame comes from the Netflix documentary sharing his name, "Zion," and fans loved the show. Among Clark's many exploits, he is also an author. The MMA star is releasing his book "Work With What You Got- A Memoir" co-authored by James S. Hirsch. 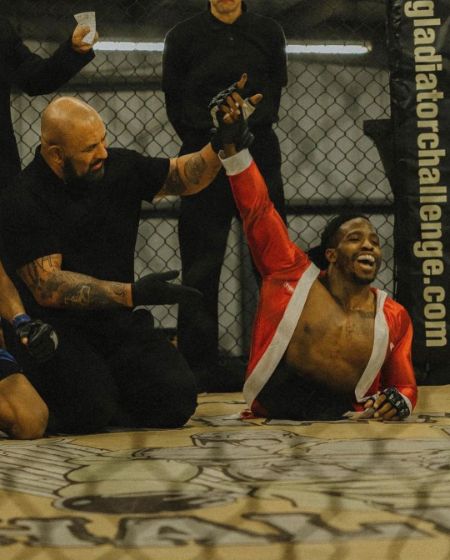 Clark is proficient in amateur wrestling and has moved to MMA. Following his transition into mixed martial arts, he recently fought his debut match as a professional fighter. Zion found a sound footing in the sport, and the up-and-coming fighter bagged his first fight.

The fight in itself wasn't widely published or aired. But Clark's achievement has now become a news sensation. Although Zion didn't win the match by knock-out, he won by unanimous decision. All three judges of the fight scored the bout 30-27 in Clark's favor. Zion and his team took months to prepare for this groundbreaking event. Also, the talented fighter was trained by one of the legends of MMA.

Fans of MMA know about the legendary Antonio McKee and his years in the sport. With such a massive force behind him, Zion Clark worked with a world-class coach. After Zion's debut fight concluded, the new MMA fighter thanked his coach and team for all their hard work. 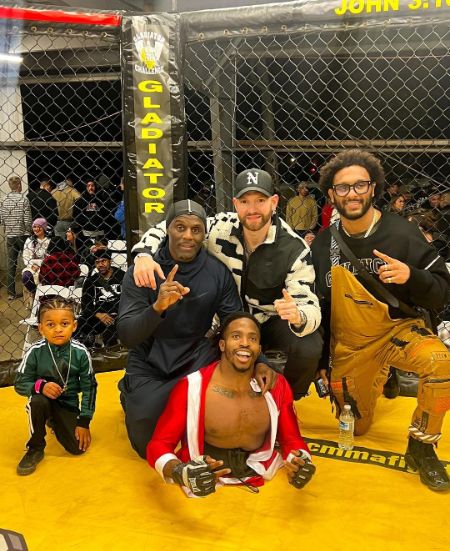 Mckee has trained many fighters, including his son, AJ McKee. Like Antonio, AJ helped with Clark's training and was present at his debut. But his longest friend and trainer, Craig Levinson, began Zion's journey to MMA. Moreover, Craig works as the trainer and the manager of Zion.