Gossip Who Will Be Khamzat Chimaev Facing in the The Next Match? He is Struggling to Find the Right Opponent

Who Will Be Khamzat Chimaev Facing in the The Next Match? He is Struggling to Find the Right Opponent

Khamzat Chimaev faced multiple top-tier fighters after making his debut in the UFC. Since his start in the MMA and even now, Chimaev remains undefeated in the ring. With numerous Performance of the Night under his belt, Khamzat might be fighting for his first title match sooner rather than later. But for now, the Russian-born Swedish fighter struggles to find a worthy opponent.

Born on May 1, 1994, Khamzat started his combat sport as a wrestler. Likewise, the undefeated MMA fighter won multiple gold medals in freestyle wrestling. More recently, Chimaev fought against Kevin Holland, winning the bout in the first round with a submission. Khamzat remained undefeated in the Welterweight and Middleweight fights.

Khamzat Chimaev claims no one wants to get in Octagon with him!

Khamzat Chimaev currently holds the record of six and 0 in UFC. Arguably, Chimaev has one of the cleanest records in the UFC. Even before joining the Ultimate Fighting Champion, the Swedish fighter remained undefeated in his amateur days. 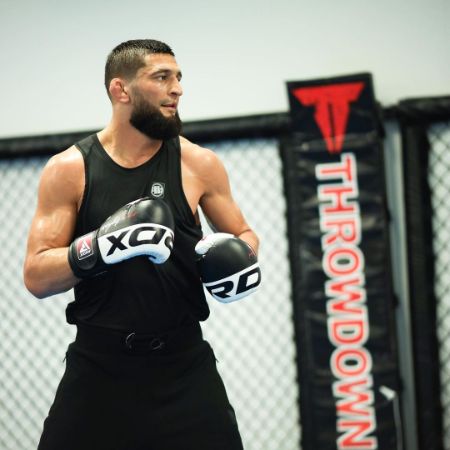 Chimaev gained a massive online following thanks to his undefeated streak in MMA. Similarly, he also enjoys posting Vlogs on his YouTube channel. In one of his Vlogs, Khamzat claimed no one wanted to fight him.

Itching to fight, Chimaev appears ready to fight anybody that accepts his challenge. Four different fighters turned down his offer to dance in the octagon. Khamzat stated it did not matter which division he fought in next. The Swedish fighter wishes for a fight in the next 2023 UFC event.

While Khamzat said no one wants to fight, two other UFC fighters denied his claims!

Khamzat Chimaev claimed his frustration after four fighters denied his challenge. But, after he stated "no one" wanted to fight him, two other UFC fighters jumped in. Since Khamzat fought in both welterweight and middleweight, a fighter from each division stepped forth, ready and willing to face him. 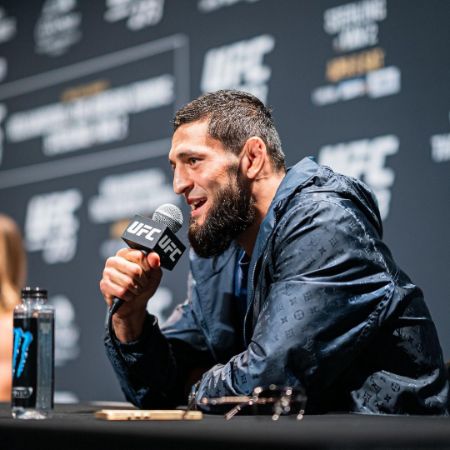 Khamzat Chimaev was on a press meet with the UFC. SOURCE: [email protected]_chimaev

Paulo Costa and Belal Muhammad stepped up and claimed their interest in fighting Khamzat.  Muhammad joked it was Nick Diaz, Tony Ferguson, Bret Hart, and Chris Leben who said no to fighting Chimaev.

While Costa and Belal remain open to fighting Chimaev, Khamzat did not comment on the subject. According to his Instagram post, the Swedish fighter might have found an opponent. The undefeated MMA star posted a picture with the caption "Getting Ready For Next" with a punch emoji.

In UFC 279, Khamzat Chimaev was supposed to face Nate Diaz, the UFC veteran. However, on the night of his weigh-in, Chimaev was 7.5 pounds over the welterweight non-title fight limit. 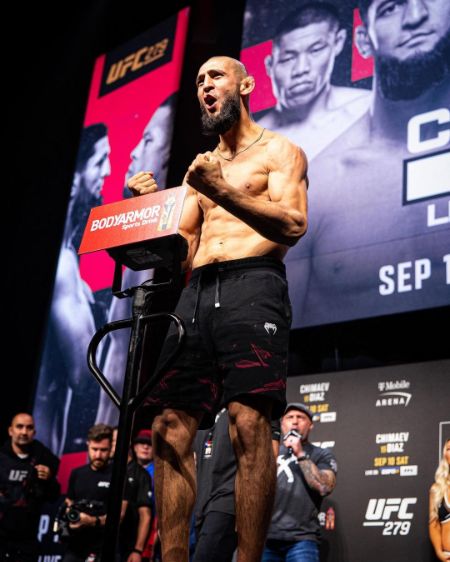 Khamzat Chimaev was 7.5 pounds over the welterweight non-title fight limit for his fight with Nate Diaz. SOURCE: [email protected]_chimaev

Chimaev fought Kevin Holland in his sixth match under the UFC promotion. Khamzat won his fight in the first round, like many of his bouts. Will the Swedish fighter gain a title opportunity with his sixth continued victory in the Ultimate Fighting Championship? But, the promotion keeps a tight lid on Khamzat's possible shot at a championship title.

Khamzat Chimaev and his next opponent options!

Khamzat Chimaev missed a massive opportunity when he missed his main event against Nate Diaz. And now Chimaev might be facing eighter Colby Covington, Belal Muhammad, Paulo Costa, or Kelvin Gastelum in his next bout. Khamzat Chimaev posted a picture of him training with the caption Getting Ready. SOURCE: [email protected]_chimaev

While both Belal and Paulo fired their shots at Chimaev to a possible feud, Khamzat remained silent about the issue. As such, until the UFC makes their fight official, nothing about Belal vs. Khamzat or Costa vs. Chimaev is set in stone.

Despite his impressive six and zero records, the Swedish fighter still needs to earn more points to earn a title shot. A bout between Kelvin and Khamzat would be a surefire way to put the undefeated MMA fighter on top of the list.

The most probable fight, though, would be Chimaev vs. Covington. Furthermore, even the president of the Ultimate Fighting Championship, Dana White, talked about the matchup in the UFC 280 fight week.

Chimaev started his MMA career in mid-2017 and remains undefeated!

Khamzat Chimaev made his debut in MMA on September 10, 2017. Chimaev fought many kinds of opponents over the years. Interestingly, the Swedish fighter finished fights within two rounds except for one.

Chimaev's fight with Gilbert Burns ended after three rounds and by a unanimous decision. So far, the only bout he won through decisions was with Burns. Likewise, his wins via knockouts and submission are spread somewhat evenly, six and five, respectively.