Mexican MMA fighter Brandon Moreno (a.k.a. The Assassin Baby) is currently signed to UFC under the flyweight division. A professional MMA since 2011, Moreno is presently ranked #9 in the official UFC flyweight rankings. Before UFC, he competed for Legacy Fighting Alliance and on The Ultimate Fighter. He has compiled the record of 15-5-1 (win-loss-draw).

The twenty-five years old is 5 feet 7 inches tall and weighs around 56 Kg. More, his net worth is approximately $0.5 million.

Brandon Moreno is married and blessed with two daughters with his wife.

The UFC fighter has an estimated net worth of $0.5 million as of 2019. The significant source of his income is his MMA career, Sponsorship, and Endorsement deal.

Earlier, he has competed at various events such as the World Fighting Federation, MEZ Sports, and UWC Mexico, through which he might have earned a decent sum. According to the source, the average salary for MMA fighter is reported $34,000 and expected lifetime earnings is $1,419,432. 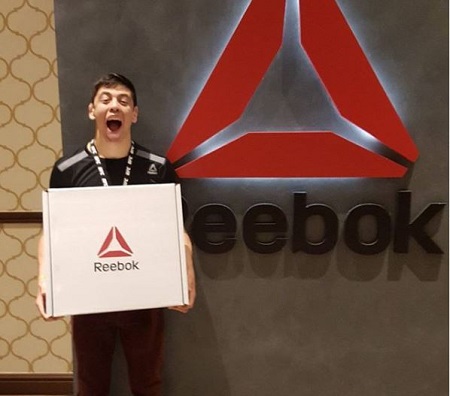 Besides, the fighter earns much from endorsement and sponsorships. Analyzing Moreno Instagram, he has a sponsorship deal with  Fourteen Brand, onnit, Reebox, Karla's Kombucha, and Moya Brand Co.

Brandon Moreno is married to his long-time girlfriend, Shirley Moreno. The couple has two beautiful daughters, Maddie and Megan. Their second child, Megan, was born on 27th September 2018; while Madie was born in around 2014. 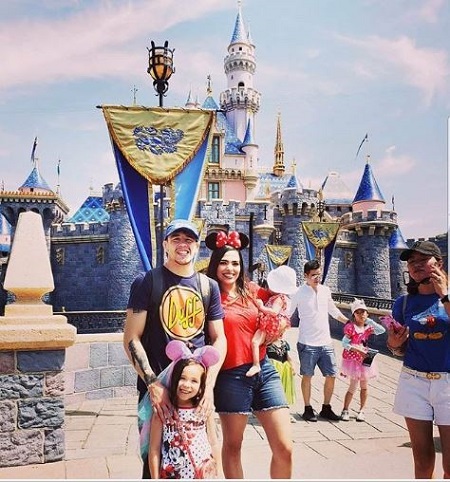 In June 2019, the family went on a short vacation in Disneyland before Moreno returned to training.

A professional since 2011, Moreno signed to UFC in 2016 making his debut on 1st October at UFC Fight Night: Lineker vs. Dodson where he defeated Louis Smolka.

On April 22, 2017, he won the bout against Dustin Ortiz at UFC Fight Night: Swanson vs. Lobov via Technical Submission. 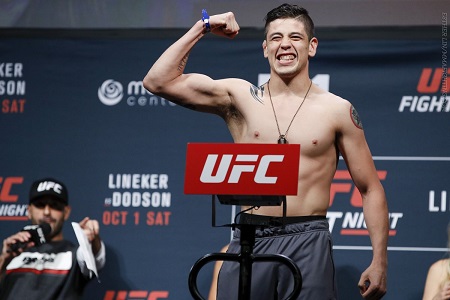 Nevertheless, he returned to UFC and faced Askar Askarov on September 21, 2019, at UFC on ESPN+ 17. The fight ended in a draw.

Brandon Moreno is a native of Tijuana, Baja California, Mexico born on 7th December 1993. His Star sign is Sagittarius. By nationality, he is Brazilian.