Kevin Holland is an American Mixed Martial Artist who fights in the Middleweight division of the Ultimate Fighting Championship (UFC). He turned professional in the year 2015 winning his first fight against Marcos Ayub at the Xtreme Knockout 25.

Holland was born on 5 November 1992 under the star sign Scorpio. He was born in Riverside California and raised in Rancho Cucamonga and Ontario.

Kevin Holland Net Worth: UFC Earnings and Salary per Fight

The fighters usually receive fight purse from their respective bouts which might include fights bonus and well as the performance of the night bonus which amounts to $50,000 per fights.

As mentioned above, he has earned quite a decent amount from his bouts in the UFC. Apart from UFC, he has also fought in many Championship bouts where he would have been rewarded for his efforts although the rewards might be a little lower than the prize money in the UFC.

In addition to his fight purse, the player also receives sponsorship deals that add a certain value to his net worth and help generate extra cash.

Kevin Holland Girlfriend: Is he married or Dating?

The 6-foot-3, 185lbs is secretive about his personal life and has not shared any information regarding his personal matter. However, according to an interview of holland with TheMacLife, he revealed that he is indeed a married man but did not reveal any more information besides that.

To keep his life private, his social media sites are also set on private and assessable only to friends and family. Regardless, he is living a happy life with his family since there does not seem to be any news regarding controversies or affairs in his life.

Fighting out of Fort Worth, Texas, Holland has a pro-MMA record of  16-5-0 (win-loss-draw) who is set up to fight against Anthony Hernandez in the upcoming UFC Fight Night 172 which will take place at the Vystar Veterans Memorial Arena, Jacksonville, Florida, the United States on 16 May 2020. 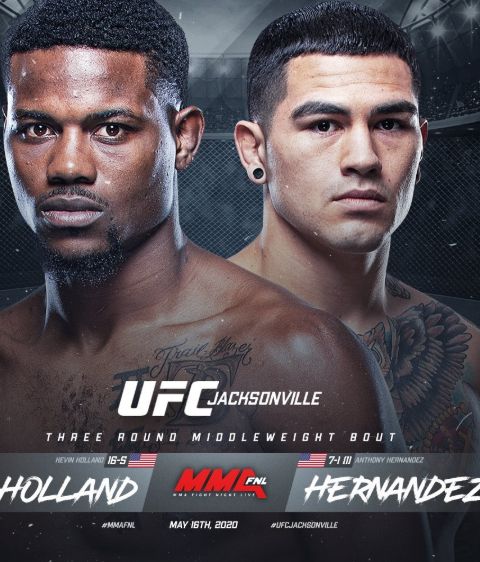 The Middleweight Champion lost to Brendon Allen and Thiago Santos while he won against Alessio Di Chirico, Gerald Meerschaert, and John Philips in the UFC.