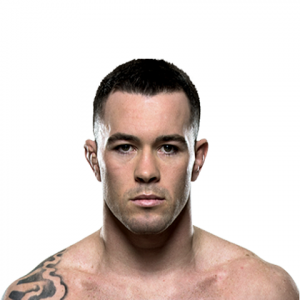 He made his professional MMA career in 2012 and has a record of 14 wins and one loss so far in his career. To know about his early life, career, net worth, personal life, and more, keep scrolling.

Colby Covington was born on  February 22, 1988, in Clovis, California, United States of America. He is of American nationality having a white ethnic background. He has an elder sister named Candace Covington.  He got his school education in Thurston High School in Oregon where he began to start wrestling career.

Covington attended  Central Community College and during his freshman years, he went to win the  165 lb national junior college title. He was temporarily suspended from the Lowa wrestling program after he was found arrested for drunk driving.

Later on, he became All-American and two time-Pac 10 conference champion. Covington received his degree in sociology.

He made his professional MMA debut on February 11, 2012, during the  Midtown Throwdown3  against Chris  Ensley and won the bout through a submission hold.

He went to win matches against above mentioned MMA athletes and lost to Warlley Alves via Submission hold in UFC 194. As of recent matches, he had about against  Rafael dos Anjos for Welterweight championship. He won the bout and the title with a unanimous decision.

However,  Tyron Woodley was able to defend his Welterweight champion title after defeating Darren Till. At the moment, things between Covington and Woodley are getting pretty heated. Fans are expecting them to face each other on the octagon soon. Covington's next fight is yet to be announced.

The American MMA athlete, Colby Covington stands at a height of  5 feet 11 inches tall and weighs around 77 kg. He has a maximum reach of 72 inches which he uses his maximum efficiency during his matches. When it’s about the personal life of this talented MMA fighter, Covington has kept his life under a low profile.

He has earned a fair amount of money throughout his professional career as an MMA athlete. He has an estimated net worth of $2 million. His wins have fetched him a good sum of fortune.

He has earned around $759,000. His initial earning from UFC was around $20,000 and since then his earning has increased as his wins increase match after match. According to the report, he received $380,000  in about against Rafael dos Anjos.