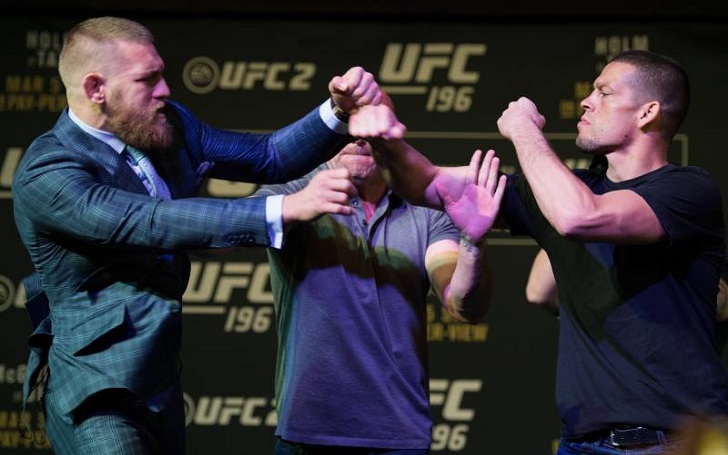 UFC has always seen bitter rivalries throughout its 25-year-old history which led to bad mouth and memorable fights. UFC fans got to visualize the rivalry between Tito Ortiz and Ken Shamrock, Anderson Silva and Chael Sonnen, Conor McGregor and Khabib Nurmagomedov and anyone Conor fought against.

Some people might call it bad blood but at the end of the day, Bad Blood has resulted in a Good Business.

UFC recently released a short documentary titled BAD BLOOD, GOOD BUSINESS: The Story of Rivalries Fueling the Biggest Fights, on the occasion of UFC silver anniversary which is a 25-part documentary series originally released in 2018.

The video includes the promotion details of some of the biggest rivalry in the history with Conor McGregor most highlighted as he is regarded as the greatest salesman. Certainly, all of the McGregor's fights have been embroiled in bad blood as Nate Diaz, Jose Aldo, and Khabib hated the trash talking the Notorious.

Before Conor's era, the rivalry between Ortiz and Chuck Liddell, Georges St-Pierre and Matt Hughes, as well as Ronda Rousey and Meisha Tate got good hypes but they never had the same PPV sales against other opponents. For now, the rivalry between Jon Jones and Daniel Cormier also provide a blockbuster fight with the bad mouth but as DC is in the edge of taking retirement, which will leave only one PPV King in UFC who can sale any of his fight with trash talk, out-cage controversies, and bad blood.