Tito Ortiz is a semi-retired mixed martial art (MMA) fighter who also held the UFC light heavyweight title and is also the former fighter at Bellator. He currently owns an MMA training gym called Punishment Training Center and is also the CEO of the Punishment Athletics MMA equipment and clothing line.

Tito Ortiz was previously married to his wife Kristen Ortiz but divorced her in 2005. He also dated an adult movie star Jenna Jameson and is currently dating his girlfriend Amber Nichole Miller.

Tito Ortiz was born as Jacob Christopher "Tito" Ortiz on 23 January 1975, in Huntington Beach, California, the United States.  He is an American by his nationality and his ethnicity is white. He was born to, Sam Ortiz and Joyce Robles, and is a Roman Catholic by his religion and his birth sign is Aquarius.

He had a difficult childhood as both of his parents were addicted to heroin, while Ortiz was involved with street gangs, was placed in juvenile halls, and used drugs such as cocaine and PCP.

Tito Ortiz made his MMA debut with the UFC in 1997. He had two fights at UFC 13 and got a mixed result. He was defeated by Frank Shamrock at UFC 22 which was for the Light-heavyweight title. At UFC 25, he defeated Wanderlei Silva and won the vacant light heavyweight title.

Ortiz went on to defend the title on 6 occasions but later lost to Randy Couture at UFC 44. He also lost the consecutive second game to Chuck Liddell at UFC 47.

He then went on to win 5 consecutive matches before losing another bout against Liddell. Thereafter, he had a very worst moment of his career as he won only one match out of 78 he fought.

Tito Ortiz then joined Bellator and won the two opening matches. He defeated Chael Sonnen on January 21, 2017, at Bellator 170. He is scheduled to fight Chuck Liddell on the trilogy on November 24, 2018, through the Golden Boy Promotion.

Ortiz is also an entrepreneur, and he launched his mgmt Company, Primetime 360 Entertainment & Sports Management Inc. In November 2005, it was announced by UFC president Dana White, that Ortiz and Ken Shamrock would coach The Ultimate Fighter 3 reality TV series on Spike TV, which premiered in April 2006.

Tito Ortiz was married to his former wife Kristin Ortiz for 5 years. The couple tied the knot in 2000 but went through the divorce in 2005. The couple together has a child named Jacob.

Soon after the divorce, Ortiz started dating adult film star, Jenna Jameson. He announced in August 2008 that he was expecting twin sons with his girlfriend Jenna. His former girlfriend gave birth to twins named Jesse and Journey in March 2009. 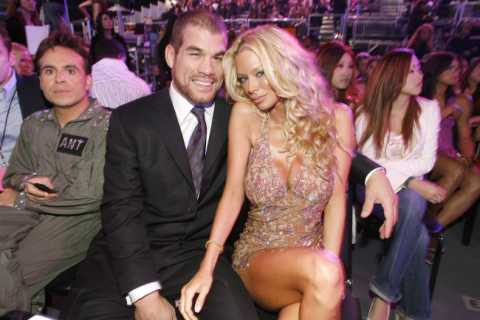 Jenna and Ortiz started having a bitter relationship and Ortiz was also arrested for domestic violence against his then-wife on April 26, 2010. Ortiz also accused her of having a drug addiction. The couple separated in March 2013 and Ortiz was granted the full custody of their children.

As of November 2014, he was in an affair with former Octagon girl Amber Nichole Miller. Besides, there was a rumor that he also hooked up with his girlfriend name Lydia Hearst. 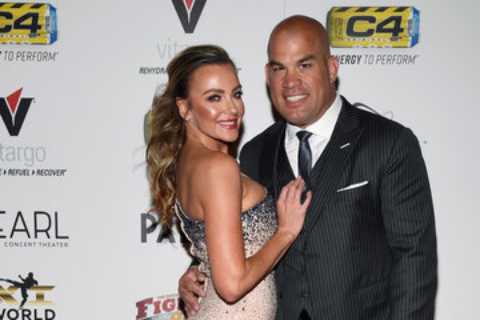 In 2014, Ortiz was charged DUI and was sentenced to three years probation, an undisclosed fine, and an obligation to enroll in an alcohol education program.

Tito Ortiz's Net worth and Salary

The 43 years old professional MMA artist, Tito Ortiz has an estimated net worth of $16 million in 2018, including all of his properties and assets. As of 2017, he was listed 7th in the list for Richest MMA Fighters along with Chuck Liddell and Jon Jones on the list.