Anderson da Silva, commonly known as Anderson Silva is a Brazilian mixed martial artist who is currently signed to the Ultimate Fighting Championship (UFC), under middleweight division. Further, he is a former UFC Middleweight CHampion who had the longest title reign in the UFC history at 2,457 days. A professional since 1997, he has previously competed for various events such as Pride and Cage Rage.

Passion and dedication have been able to establish himself as the greatest professional mixed martial artist of all-time. With the reputation, he has been able to gather the estimated net worth of $18 million in 2019. Further, he is married and blessed with five children together with his wife.

Anderson Silva Net Worth and Salary in 2019

Anderson Silva is one of the prosperous MMA fighters with an estimated net worth of $18 million, as of 2019. Not to mention, the forty-four years old hunk has made tremendous net worth widely through his MMA career. Since 2008, he is signed to UFC. His total UFC earning his disclosed below the table.

In June 2018, Silva listed his home in Palos Verdes Estates for sale at $4.9 million. The 7,100 square feet mansion includes six bedrooms and eight bathrooms.  Additionally, there are living rooms with motorized glass doors on each level.

His spouse, Dayane is a former gymnast from Brazil. However,  Mrs. Silva doesn’t like being in the limelight and rarely been seen in her husband's fights. But, she once did a short segment during the UFC hype show for one of Anderson’s fights. 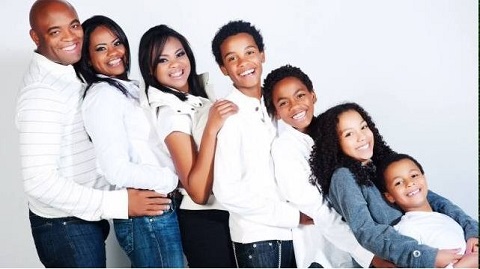 The couple met for the first while Dayana was just 13 years old and Silva just 17 years old. He was already a promising MMA fighter back then. Her backgrounds are humble and this lady finally tied the knot with her longtime boyfriend in the Summer of 2011, after dating 20 years long.

Anderson Silva was born as Anderson da Silva on 14 April 1975, in Sao Paulo, Brazil. He is Brazilian by nationality and belongs to African-Brazilian ethnicity. His zodiac sign is Aries. His parents are Vera Lucia da Silva (his mother), and Juarez Silva (his father).

Belonged to a poverty-stricken family, Silva spent the majority of his childhood in Curitiba with his uncle and aunt. His uncle was an officer with the Curitiba police force. Silva's initial foray in martial arts started as a child training jiu-jitsu with neighborhood kids. As a teen, Silva began training in Muay Thai, taekwondo, and capoeira.

Before starting his career as a professional fighter, Anderson Silva worked at McDonald’s. Spider-Man, Bruce Lee, Muhammad Ali and his mother as his personal heroes. He loves to read a comic book during his childhood.

On 25th June 1997, he made his professional MMA career debut at BFC 1 where he faced Raimundo Pinheiro and successfully defeated him. Before joining UFC in 2006, he competed in various events such as Cage Rage, Pride, Gladiator, and Mecca compiling a record of 17-4-0 (win-loss-draw).

Ser feliz é.... Posso ter defeitos, viver ansioso e ficar irritado algumas vezes, mas não esqueço de que minha vida é a maior empresa do mundo. E que posso evitar que ela vá à falência. Ser feliz é reconhecer que vale a pena viver, apesar de todos os desafios, incompreensões e períodos de crise. Ser feliz é deixar de ser vítima dos problemas e se tornar autor da própria história. É atravessar desertos fora de si, mas ser capaz de encontrar um oásis no recôndito da sua alma. É agradecer a Deus a cada manhã pelo milagre da vida. Beijos meu povo ???????????????????????????????????????? Being happy is... I may have faults, I can live anxious and be angry sometimes, but I don't forget that my life is the biggest company in the world. And that I can keep her from going bankrupt. Being happy is to recognize that it's worth living, despite all the challenges, misunderstood and periods of crisis. Being happy is to stop being a victim of trouble and become author of history itself. It's crossing deserts off of its own, but being able to find an oasis in the recontise of your soul. It's to thank Deus each morning for the miracle of life. Kisses my people ( Augusto Cury) @spiderkick @spiderfitacademia

However, the year 2013 turned out to be unfortunate for him as he consecutively loss two bouts against Chris Weidman at UFC 162 and UFC 168. On 27th February 2016, at UFC Fight Night Silva vs. Bisping, he was defeated by Michael Bisping in round 5 via unanimous decision. Later 5 months on 9 July, he loses against Daniel Cormier at UFC 2000.

Rebounding from lost, he made his come back at UFC 208 on 11th February 2017, where he faced Derek Brunson. He won the fight via unanimous decision in the round three.

Anderson Silva is a professional boxer. Apart, in 2009, the awards-winning MMA fighter, made his acting debut portraying a character Spider in an MMA film, Never Surrender. Moreover, he has also appeared in various movies including Hell’s Chain, Til Death Do Us Part 2, Tapped Out, and Monday Nights at Seven.

In 2017, he was featured as host in the movie named Ultimate Beastmaster.