Daniel Ryan Cormier popularly known as Daniel Cormier is an American MMA fighter who is currently signed to the UFC, where he is the reigning champion of the heavyweight division. Furthermore, he is ranked #1 pound-for-pound (P4P) and #1 Heavyweight fighter in the UFC. Also, he competed in UFC's Light Heavyweight from 2014-2018. Prior to the UFC, Cormier was King of the Cage Heavyweight Champion and Strikeforce Heavyweight Grand Prix Champion.

The forty-years-old is married and has two children with his spouse, Salina Deleon. Furthermore, he and his ex-girlfriend had one daughter who died in a car accident in 2003. As of 2019, his net worth is approximately $5 million.

How Much Is Daniel Cormier Net Worth In 2019? Know His UFC Earnings & Endorsement

Daniel Cormier has an estimated net worth of $5 million in 2019, including all of his properties and earnings. As he is an MMA fighter, he doesn't receive fix salaries instead of earns the per fight. He is currently signed to UFC where he reportedly summoned $5,616,500 from his fights.

Besides UFC, he has also competed at Strikeforce and XMMA through which he amassed decent sum.

Thanks to @onelifeprints for the hook up on my truck!!! Love the wrap boys!!! Black with the gold flakes. Love it. Thanks again DC

Cormier was reportedly set to take home a major payday for his main event fight against Jon Jones on Saturday at UFC 200. Unfortunately, Jones was removed for a potential anti-doping violation, due to which Cormier's fight salary was cut in half.

Cormier also made the highest earnings in UFC 2014 despite losing the fight against Jon Jones. Cormier earned $1 million while the winner Jon Jones made only $500 thousand.

Also an analyst and commentator for Fox UFC, his annual salary is around $100,000.

Daniel Cormier is a married man. He tied the knot with his long-time partner, Salina Deleon, on 27 May 2017, among their family and friends. The couple is living a blissful life together. 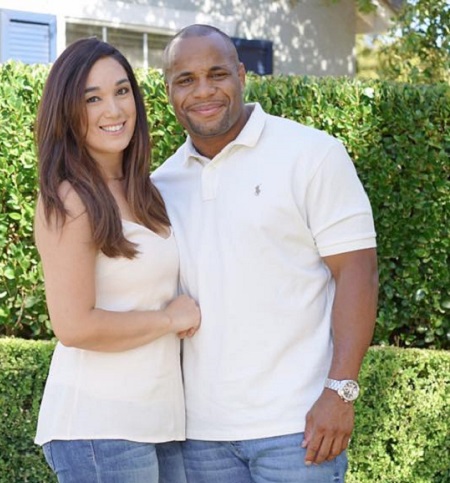 Salina gave birth to her first child a son named Daniel Jr. on February 16, 2011, and their second child, a daughter named Marquita Kalani Cormier was born on March 4, 2012. 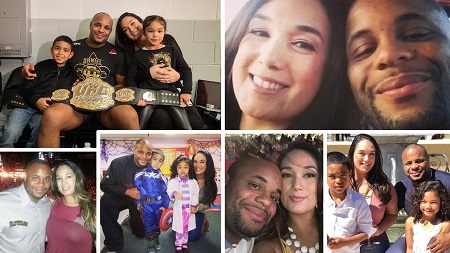 Talking about his past affairs, he and his unknown girlfriend had one daughter named Kaedyn who unfortunately died in a car accident on June 14, 2003. Previously, he was married to Robin. The couple dated together for several years before they decided to get married.

Unfortunately, their marriage did not sustain for a long period of time. Eventually, they divorced each other and the reason behind their divorce is not yet disclosed. He has a great physique and a physical appearance to endeavor it.

Daniel Cormier was born as Daniel Ryan Cormier on 20 March 1979, and this makes his age 38 years at this time. He was born to American parents, Audrey Cormier and Joseph Cormier in Lafayette, Louisiana, United States.

He has an older brother named Joseph, a sister named Felicia and a younger brother named Feral. His father was shot and killed on Thanksgiving Day in 1986 by the father of his second wife when he was 8 years old. He is an American by his nationality and is of white ethnicity. His horoscope is Pisces.

Daniel Cormier started his career as a wrestler. He wrestled during his high school. He participated and performed in several junior wrestling tournaments. During his high school, he was also voted as most outstanding wrestler state of the tournament. In 1995, he managed to win the bronze medal at the world championships in Greco-Roman wrestling.

He has also excelled in football at linebacker position during his high school. He has a successful career in wrestling. He also competed at the 2004 Olympics. He also took part in the 2008 Olympic Wrestling. After the 2008 Olympics, he started his career as a mixed martial artist.

Before landing his feet at the MMA, he was properly trained by Cain Velasquez, Jon Fitch, and Josh Koscheck at American Kickboxing Academy.

On 3rd November 2018, at UFC 230, Cormier successfully defended the UFC Heavyweight Championship in a match against Derrick Lewis.

Cormier is expected to face Stipe Miocic to make his next title defense in a rematch on August 17, 2019, at UFC 241.