No Headliner For Colby Covington, UFC 235 Will Feature Tyron Woodley vs. Kamaru Usman In The Main Event 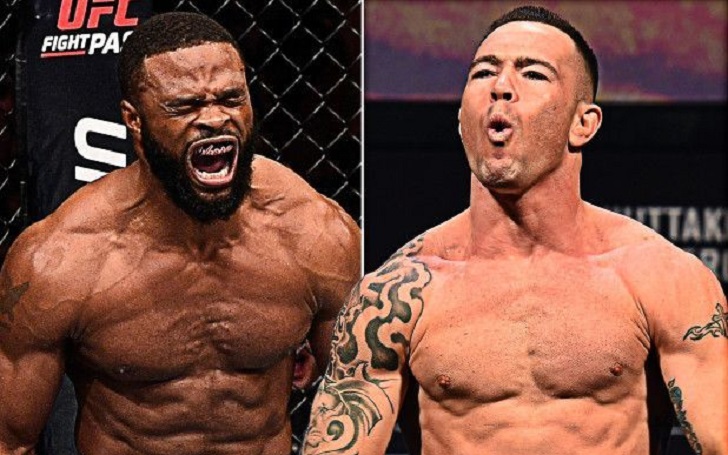 "So much for Colby Covington getting the next shot at Tyron Woodley." On 2nd March 2019, Tyron Woodley will defend its UFC welterweight title against Kamaru Usman at UFC 235 in Las Vegas, Nevada on Sunday.

This obviously means that Colby Covington, who won an interim title last June, lost his spot at the front of the line, although Demian Maia and Rafael dos Anjos were beaten before Usman by Chaos  before Usman.

Why was this happening? Per Helwani, it seems that the UFC was not happy with the fact that Covington was waiting for Woodley and was not fighting another rival. The news was well followed by ESPN reporter Ariel Helwani and he was the first one to Tweet the news on Usman Vs Woodley fight

In the end, while Colby Covington was ready to go for 235, UFC chose to go with Usman because his stock rose mightily in their eyes after the RDA win + his subsequent willingness to fight anyone on short notice in January despite being injured. Covington held out and it cost him.

Woodley (19-3-1) has been the King of 170 lbs since he KO'd Robbie Lawler in July 2016. So far, he has defended his belt four times, most recently submitting Darren Till to the UFC 228 in September which was his first finish since the famous Lawler KO and his first submission win since 2009.

Usman (14-1) has won 13 straight fights, including the above dos Anjos win in November. He also besieged Demian Maia by decision at UFC Chile in May.

"The Nigerian Nightmare" won seven of his nine UFC bouts by decision and demonstrated during his last two battles that his cardio can carry him in the " championship rounds. "

Last shot I called got me to the White House. What shots have you ever called junior? GSP? Nate? Nick? Bisping? Nope. You don't call shit. You love to cry a river to the media. But the moment @ufc says jump, you say how high! You're no King @twooodley. You're just a Cuck. pic.twitter.com/gtmR2rcpBr

It would have been a great fight to watch, as Colby and T-Wood don't seem to like each other for fact and both are stylistically similar fighters who are both the product of the same Gym. As Colby is an outspoken fighter and people want to see him face the Welterweight King Tyron Woodley but before that, Woodley would have to face the Nigerian Nightmare.