Usman is reportedly a married man and has a daughter. He recently fought Tyron Woodley at UFC 235, where he earned around $350,000 as salary/ earnings.

Kamaru Usman was born on May 11, 1987, in  Benin City, Nigeria. He is of Nigerian nationality having a black ethnic background. His parents moved to the United States of America when The fighter was only five years old. He attended the University of Nebraska at Kearney to pursue his degree in sociology but opted to drop out to pursue his MMA career.

Kamaru was three times NCAA All-American during his college career and won the  NCAA D2 National Champion in 2010. Before becoming a professional MMA athlete, he worked at an Olympic Training Center as a tour guide.

He made his professional MMA debut in 2012  and competed for promotions such as  The Ultimate Fighter in 2015.

Usman later signed with the American MMA promotion, Ultimate Fighting Championship and faced off against Hayder Hassan in the Ultimate Finals 21 Finale finals and won the match via a submission hold.

He also was awarded the match of the night performance for his performance. Usman later claimed notable victories against UFC competitors such as Leon Edwards, Warlley Alves, Sean Strickland, and several other MMA athletes. 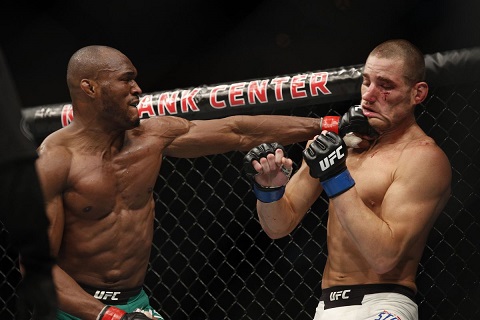 As of 2018, he was scheduled to take on Santiago Ponzinibbo at UFC Fight Night 129 on May 19, 2018, but later took the replacement MMA competitor, Demian Maia. He won the bout with a unanimous decision.

Kamaru Usman faced Rafael dos Anjos at The Ultimate Fighter: Heavy Hitters Finale in November 2018 and defeated him via unanimous decision. He then got a title shot against champion Tyron Woodley at UFC 235. On March 2, 2019, Usman defeated Woodley and became the Welterweight Champion. He successfully defended the welterweight title against Colby Covington, winning the fight via TKO at UFC 245.

The Welterweight champion Kamaru Usman is unmarried to date but is reportedly dating his girlfriend, who is Brazilian and speaks Portuguese. The couple has been together for several years and has a 7-year daughter he loves a lot but hasn't disclosed any details about his marital status. 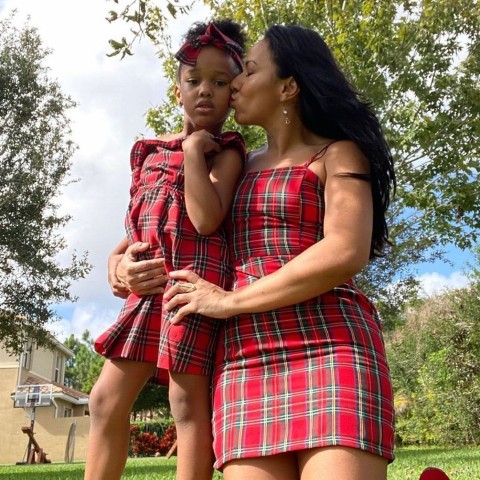 Kamaru shares a photo with his partner and daughter SOURCE: [email protected]

After his title win against Woodley, he hugged his daughter and expressed his love towards his daughter. Furthermore, he has not been linked to any unwanted controversy that might hamper his career. He seems to be a professional athlete who focuses on developing his career as a successful MMA competitor rather than being found in unnecessary activities and nuisance.

The Afro-American MMA fighter, Kamaru Usman, is 6 feet tall and weighs around 77 kg. He has a reach of 76 inches which he uses to his maximum effect during his matches.