Former UFC Welterweight Champion Robert Glenn Lawler, famous with his octagon name Robbie (Ruthless) Lawler is one of the prominent mixed martial artists born in San Diego, California, the United States on 20th March 1982. American by his nationality, Lawler's ethnicity is multiracial as his mother is Filipino and his father has an English heritage. The fighter is currently 36 years old and fights out of Coconut Creek, Florida, U.S.

Robbie Lawler became the UFC Welterweight champion by defeating another superstar Johny Hendricks who had fought Georges St-Pierre in a very close match. Currently, with four fights of the night and one knock out of the night award, Robbie Lawler's net worth is reportedly around $4 million.

Robbie Lawler reportedly holds a total net worth of over $4 million as of 2018. His recent earnings from two recent fight show that his fight day salary is reportedly around $200 thousands.

Further, the performance of the night and the knockout of the night award remains at $50 thousand for all MMA fighters. Lawler so far has earned $4,358,000 from his long and successful MMA career. 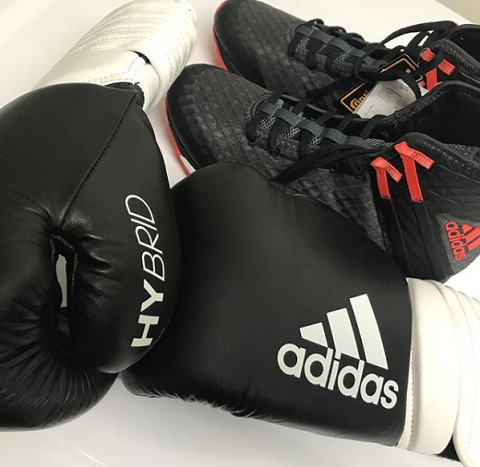 Robbie is also endorsed by sportswear and gear producer Addidas and promotes combat wear and gear from Addidas too which surely makes him entitled to a lot of endorsement money from Addidas.

Robbie Lawler is a happily married man and is married to his long-term girlfriend turned wife Marcia Suzanne Lawler. The lovely duo together has a son. He and his spouse Marcia are living a happy life together.

Famous among fans with nicknames like Ruthless, and Brutal Bob, Robbie is 5 feet and 11 inches tall in height and fights at the 175lbs weight class.  You can find his bio on several posts. 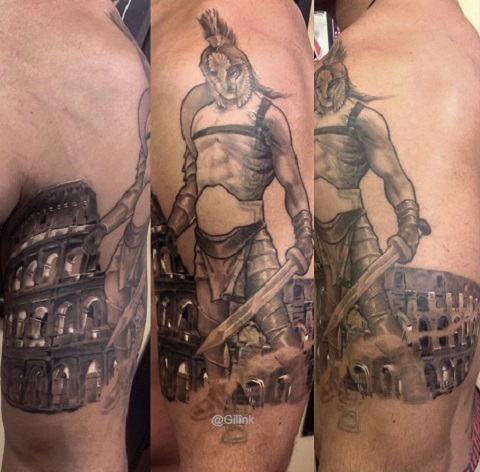 Among Lawler's several tattoos, two of them are super exciting. His lower body tattoo in his belly area reads, Gladiator, and has an image of a gladiator's tattooed on his right arm where a gladiator is seen wearing a UFC Title belt on its waist. 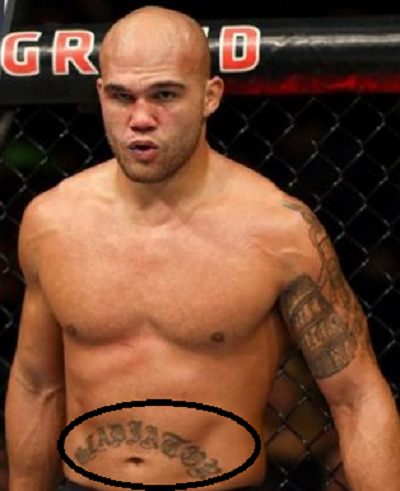 The Fighter so far holds a record of 28 wins and 12 losses and a no contest in The UFC, he also has a record of 12 first round finishes in the UFC. Lawler has 74" punching reach and his leg reach is 39".

Robbie Lawler was passionate about fighting and practiced karate since his childhood. As his father was a marine, Lawler's interest in Martial Arts wasn't denied by the family, and at the age of 9, he started karate training along with his elder brother. Further, he was also actively involved in wrestling and football in his school days.

Attending Bettendorf High School, he received All-State honors in wrestling and football, completed his graduation in 2000.

After completing his high school, Lawler signed up with Pat Miletich at the age of 16 and began training with Miletich Fighting Systems. He was associated with Miletich from 2000 till 2013 and has won many titles from his 13 years long affiliation with the camp.

He was also affiliated to American Top Team from 2013 till 2016, where he trained alongside other Welterweight fighters like Tyron Woodley and Colby Covington (current interim Welterweight Champion). Currently, he is training with The Hard Knocks 365.

Lawler had a perfect start of his UFC career, the former IFC fighter performed against Aaron Riley (unanimous decision), Steve Berger (TKO), Tiki Ghosn (TKO) setting a perfect three-win streak as a newcomer. Robbie was handed his first ever UFC loss against Pete Spratt due to the hip injury.

Coming out of the injury, he fought Chris Lytle at UFC 45 and won the match via a decision victory but he suddenly left the UFC after he was handed his one of the only two knockout losses by Nick Diaz at UFC 47. After leaving UFC, Robbie Lawler fought in Superbrawl, ICON, Elite, Pride, Atlanta FC, and Strikeforce, and even collected several championships in Middleweight as well as in Welterweight.

Returning to the UFC, Lawler fought Johnny Hendricks for the UFC Welterweight Championship at UFC 181 on December 6, 2014, after the title was vacated by GSP. Lawler lost the WW match only to win the belt from Hendricks after six matches.

After winning the belt from Hendricks, he was successfully able to defend the belt twice against Rory MacDonald at UFC 189, and against Carlos Condit at UFC 195.

Lawler's days as UFC Welterweight champion ended after Tyron Woodley defeated him at UFC 201, on July 30, 2016, where Woodley knocked Lawler out cold in 2 minutes and 12 seconds of the very first round. Lawler faced another loss against the newly signed Ben Askren who defeated him via rear naked choke in the first round at UFC 235 on March 3, 2019.