Entire UFC is Asking Where Is Conor McGregor? Why Isn't he Promoting Fights like He Used To? 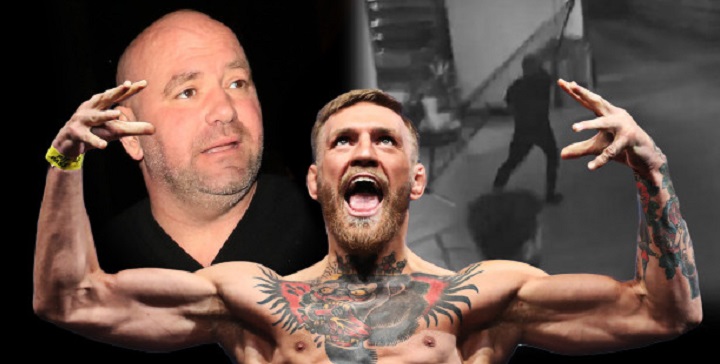 After a series of low paper view sales and audience appearances, UFC was finally able to book Conor in, but now it's complaining that McGregor isn't promoting the fight the Khabib Nurmagomedov Vs. Conor McGregor's fight the way he used to promote other fights before.

The Story of UFC now is like that of the fox who jumped hard to get the grapes, but in this case, the fox got some, just to taste its sourness. So, was the fight booked way earlier than it was supposed to? Again, Where is Conor? Why is he not promoting the fight the way it's supposed to be promoted?

Also Read: Some Unknown Facts About Khabib And Conor

The former UFC featherweight and Light Weight champion is known to be a world-class trash talker and even Dana White had once said: "You just need to give him the mic, the kid promotes himself".  But with a month's time left, Conor isn't doing much of the talking and hasn't said yes to any media and UFC is now quiet unimpressed with their biggest superstar's behavior.

This Has Happened Before

Let us remind you about Conor Vs. Nate 2, after he lost to the younger Diaz, he was not seen doing that much of press and media promotions and was silently training for his second fight against Nate Diaz, he reportedly spent $3 million on his training camp against Nate. So, is he doing the same? Are Conor and John Kavanagh way too busy in training against the Eagle that they can't afford to spare a day or two?

Are there any other reasons?

Well, the tickets were all sold out within three minutes, and people are already looking forward to seeing the fight as Conor returns to the Octagon after two long years. Further, the fight is expected to bring the highest PPV in the history of UFC, as Conor Vs. Nate 2 had brought the highest PPV buys without Conor being around.

Also, Read Chuck Liddell Vs. Tito Ortiz Trilogy Is Sure To Happen, Know the Fight Date and Venue

At the same time Conor absolutely hated Khabib and so does Khabib, he even told TMZ that if they would ever see each other they will surely fight in street, hence its difficult for Dana and other UFC officials to take Khabib and Conor on tours together.

He wants to make a decent amount for sure but doesn't want Khabib to take away a heavy cut, and if he loses this way in an underpromoted fight, he can promote next fight with Khabib or Nate and then disappear with a heavy amount.

But, Conor isn't someone that is used to losing, he is a master of mind games and never fails to attack his opponents emotionally so that they lose control inside the octagon and this has been an easy trap for him with fighters like Jose Aldo and Eddie Alvarez.

Read More: Dana Brought Khabib's Father into Khabib's Camp, But said Conor McGregor is my Ali, my Tyson, Is he Double Siding?

So, Conor is running rogue on social media, and has posted several insults to the Team Khabib and has even insulted Khabib's dad, Abdulmanap but it looks like Khabib is more composed and controlled fighter and so far all his tricks seem inferior on Khabib.

The UFC 229's main event will happen live on October 6, 2018, in T-Mobile Arena Las Vegas where Conor and Khabib will fight for the Light Weight title.