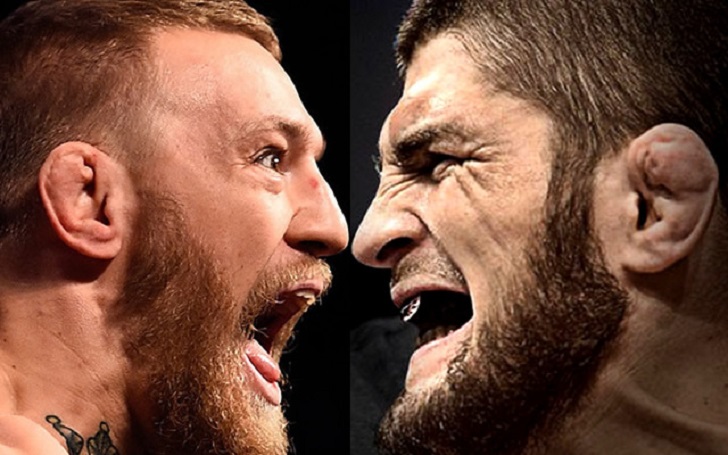 The wait is over. Khabib Nurmagomedov Vs Conor McGregor is finally on its way.

After a series of trash talks and bad-mouth, the fighters are ready to take their bad blood into the octagon and prove their prominence as the most awaited MMA match of the year is going to happen in about a months period.

All thanks to Artem Lobov's dispute with team Kahbib that resulted in the bus incident ahead of the UFC 223 and gave fuel to the rivalry between two of the most dominant lightweights in the UFC.

UFC 229 will be held on October 6, 2018, in T-Mobile Arena in Las Vegas. T-Moble Arena is the same venue where Mayweather defeated McGregor a year back in a boxing match.

The match might start in the middle of the night, unfortunately. The mega bout for the lightweight championship due at around 3 AM BST on Sunday.

What Channels will cover the UFC lightweight fight Live?

One can watch the live streaming of the UFC 229 on FX and UFC Fight Pass, the UFC's official streaming network in America. Some part of the event will be streamed live on the FOX Sports GO app.

Also Read: Entire UFC is Asking Where Is Conor McGregor? Why Isn't he Promoting Fights like He Used To?

A number of networks including UFC TV, Prime Video pay-per-view, and AT&T U-verse will have a main pay-per-view right.

UFC president Dana White believes the UFC 229 will be the biggest event in UFC history. It is assumed to draw 2 million PPV buys and beat the record of 1,650,000 previously set by UFC 202 where Conor McGregor fought Nate Diaz in a rematch.

The experts have placed Khabib Nurmagomedov 63-100 favorite to beat Conor McGregor. Conor sits on -205 while Khabib is at +167 according to BestFightOdds.com.

Also, Read Chuck Liddell Vs. Tito Ortiz Trilogy Is Sure To Happen, Know the Fight Date and Venue

Both the fighters are expected to make huge earnings with the bout. Conor looks ahead in making money as he is the business of UFC 229. The event is getting the hype for his return and against his fierce rival Khabib.

Conor is the highest paid fighter and is the most popular star in UFC. So there is no confusion that he will earn more than Khabib at UFC 229. The former two-division champion might earn somewhere around $20 million- who no UFC star has yet dreamt of earning while Khabib might receive the paycheck of $5 million including PPV sales.

Khabib Issues Warning Over Justin Gaethje Ahead OF UFC 254, Is Conor In The Mix? 2 days by James