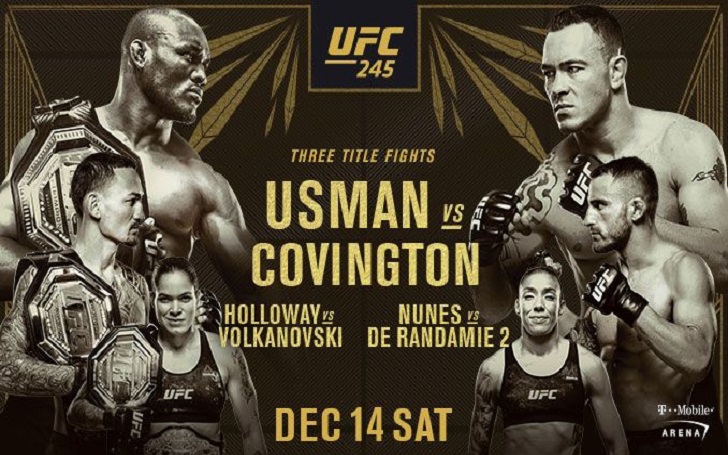 UFC 245 will be headlined with the three title fights including one of the hatred rivalries in the MMA where the Welterweight champion Kamaru Usman will fight Colby Covington and Marc Goddard will officiate the bout as the third man.

ESPN recently reported that the Nevada State Athletic Commission has selected the referees and judges for the UFC 245 that will take place at T-Mobile Arena in Las Vegas on Dec. 14.

Goddard as referee along with Derek Cleary, Sal D’Amato and Eric Colon in the judging panel will serve for the five-round welterweight title fight. He had also officiated Usman's last fight where he defeated former Welterweight champion, Tyron Woodley.

The featherweight title fight between reigning champion Max Holloway and top-ranked contender Alexander Volkanovski will be overseen by Jason Herzog while Mike Bell, Junichiro Kamijo and Chris Lee will be for the scorings.

The bantamweight title fight between Amanda Nunes and Germaine de Randamie will be looked after by referee Keith Peterson who will be accompanied by Dave Hagen, Ron McCarthy, and Sal D’Amato from the cageside.