Max Holloway is a popular name in the world of mixed martial arts. Currently, he competes in the featherweight division of the Ultimate Fighting Championship (UFC). He is ranked #5 in official UFC pound-for-pound rankings at the current time. He is close to his family outside the ring and loves to play video games.

As per his personal life, Holloway is currently dating Moani Hara. He was previously married to Kaimana Pa’aluhi, with whom he shared a son. As of 2019, his net worth is estimated at $2 million.

Net Worth and Salary from UFC

Holloway's net worth is approximately $2 million as of 2022. The significant source of Holloway's income is his professional MMA career. Further, he reportedly earned $3,202,000 from his MMA career. There is no fixed salary in MMA, and the fighter earns the per fight.

Apart, he is sponsored by Hyundai, Nike, Allmax (a protein drink with his name), Budweiser, and a brand ambassador for Farmer's Market Hawaii. Farmer's Market Hawaii makes designer merchandise with Max's approval, and he is more than happy to promote it. With a tremendous net worth, Holloway is living a lavish lifestyle.

Max, who has been in the fighting world for a long has participated in many events, earning a significant amount of prize money.

The table below illustrates his earnings from different UFC events:

Moreover, he also earns an additional amount of money from different endorsement deals. Exploring his social account, Max is associated with Nike, but unfortunately, the details about how much he earns from the deal are not in the media yet.

Max Holloway tied the knot with his long-time girlfriend, Kaimana Pa’aluhi, on February 14, 2012. Reportedly, the duo dated a long time before getting married. 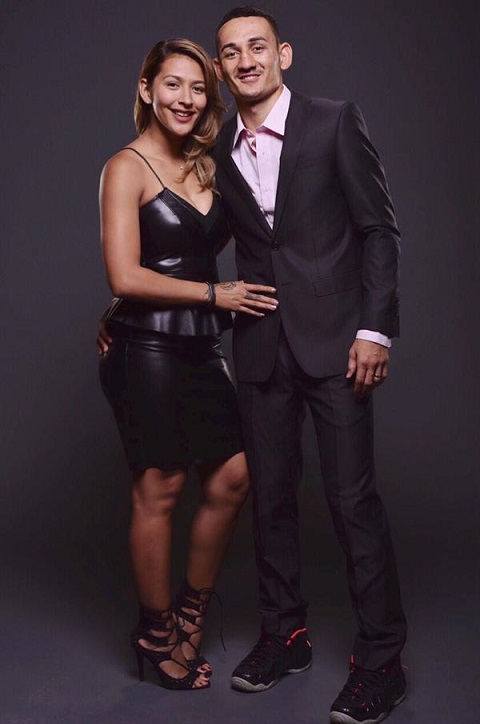 He is blessed with a son named Rush Holloway with his wife. When Holloway struggled to make it big in UFC, his spouse was always there for him.

Unfortunately, the couple parted ways after a few years of their married life. After the divorce, Holloway is dating Moani Hara, whereas Kaimana is busy doing her stuff. His ex-wife is a former child actress and currently working as a model by profession.

Besides, Max Holloway is popular for the tattoos on his body. He has a perfect height of 5 feet and 11 inches, around 1.80m. He weighs 66 kg.

Max Holloway was born as Jerome-Max Holloway on December 4, 1991. His place of birth was Waianae, Hawaii, United States. He went to Waianae High School in Hawaii, where he started learning kickboxing. His parents are proud of his professional achievements.

At the age of 19, Max Holloway entered the world of mixed martial arts. He amassed a record of 4-0. He bagged recognition as the #7 featherweight prospect in Bloody Elbow’s 2012 World MMA. His early career in MMA was decorated by an impressive win over former Strikeforce and WEC Champion Harris Sarmiento.

Max Holloway is known for the ability and tactical strength he used in the ring. In Feb 2012, he made his debut in the Ultimate Fighting Championship. On Feb 4, 2012, he made his UFC debut against Dustin Poirer, and he lost the game via submission in the third round. 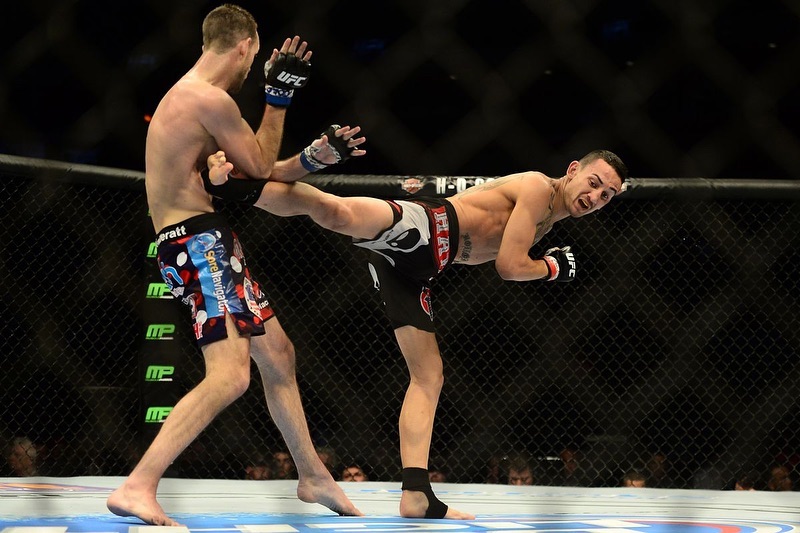 Max Holloway fought Brain Ortega in UFC 231 in the main event. After four rounds of action, the fight stopped as Ortega took too many shots. Coming to the UFC 231, Holloway was a slight underdog, but he won Brian Ortega after the doctor's stoppage.

After defeating Ortega, Max has the longest win streak in the UFC featherweight division with 13 back-to-back wins. On 13th April 2019, he was defeated by Dustin Poirier at UFC 236.