Athletes from all sports enjoy fortune, fame, respect, and more from their careers. And similarly, sports stars also manage to win the hearts of their lovers. Some women these athletes managed to woo; hold a massive fandom of their own! Besides, some of the WAGs of footballers gained fame through their careers in many entertainment industry sectors. Likewise, many soccer stars date models and actresses but keep their love stories hidden most of the time.

And here today, we bring you the list of the hottest ten wives and girlfriends of high-profile sportsmen. However, the list is random and isn't ranked in sort. And so here are the ten hottest football WAGs!

As a model and fitness trainer, Rebecca Halliday became famous through social media. But Halliday's stardom would shoot through the stars after her relationship with the footballer Jesse Lingard. And the duo, Rebecca and Jesse, started their romantic relationship in Manchester. Lingard and Halliday would later have a falling out and break up. But Jesse's ex-partner gained her spot on the list because she and the player from Nottingham Forest FC welcomed a child, Hope Lingard. Despite the split, the English footballer and the mother of his daughter share a friendly co-parents/friends relationship!

Genoveffa Darone met her husband, Lorenzo Insigne, in 2011. Likewise, Insigne and Darone met when the footballer played as a loan player for Pescara. And the duo hit things off rather well, as they say, when you know, you know, so after dating for less than a year, Lorenzo decided to ask Genoveffa to marry him. 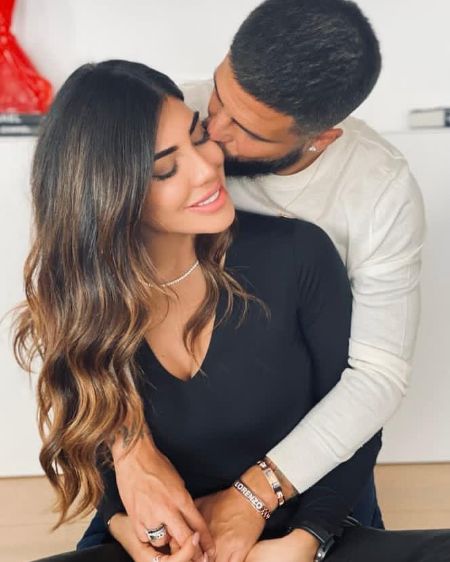 On December 31st, 2012, Genoveffa and Lorenzo tied the knot. Unlike most women on this list, Darone lived away from the spotlight before marriage. And as such, she and her husband, Insigne, decided to hold a private ceremony away from the public. The Italian footballer and his wife gave birth to two kids, Carmine and Christian Insigne. And the couple, Lorenzo and Genoveffa, are nearing their ten years mark this December!

Sandra Jerze found massive success as a model, but her relationship with a soccer star put her in the forefront of the spotlight. However, things for Jerze and her boyfriend turned ugly, and soon after, the duo ended their relationship. And who might Sandra's ex-boyfriend be? Well, the German football Serge Gnabry! Gnabry and his ex-girlfriend Jerze started dating in 2020. But a year after, their relationship would deteriorate and end by the end of 2021. According to various online sources, Jerze claimed she carried Serge's child. However, the German footballer didn't know if Sandra was telling the truth. And so, things got ugly for the former lovers very quickly. Gnabry even had to call the police to remove his once partner from his house. And in 2022, the duo kept their distance, and the news about the baby stayed between Sandra and her ex-boyfriend.

Nagore Aranburu and her husband, Xabi Alonso, started their romance during their teens. Alonso and Aranburu met during their early life and started dating. At first, though, there wasn't anything serious about their relationship. But with time, Nagore and Xabi started to fall deeply in love with each other. The footballer and his wife appeared to share a love-at-first-sight vibe. Nagore and her famous husband dated for several years before taking things to the next level. 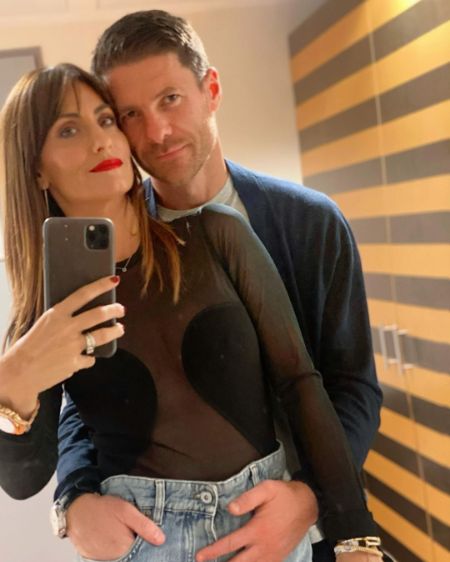 And by July 2009, Aranburu and Xabi became husband and wife. Although the famed footballer remains unaffected by the spotlight, his partner wasn't as thrilled by it. As such, Nagore and Xabi exchange their sacred vows in a private setting. And over the years, the happily married duo welcomed three children. Alonso's eldest child Jontxu Aramburu Alonso was born in 2008. Similarly, two years later, Ane Aramburu Alonso came into Nagore and her husband's life. Finally, in 2013, Xabi and his squeeze gave birth to Emma Alonso, their youngest child.

Starting as just friends, Larissa Saad knew her husband for years before finally starting a relationship. Saad and Lucas Moura knew one another for four years, and they started dating in early 2015. Knowing the soccer star for almost half a decade, Larissa knew they could make things work as partners. The Brazilian hottie and Moura dated for a year and took the next step in 2016. 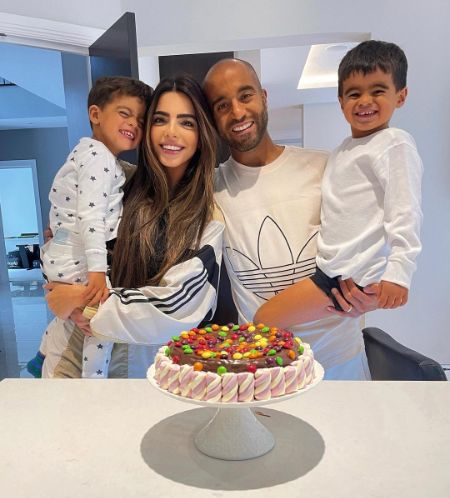 Larissa Saad and her hubby Lucas Moura were celebrating the birthday of their son. SOURCE: [email protected]

On December 23rd, 2016, Larissa and Lucas became husband and wife. On the same note, Saad and her husband, Moura, held a ceremony in Brazil. However, the married duo kept their holy union a private affair. And over the years, Moura and his loving spouse welcomed two children, Miguel and Pedro Moura.

Despite not wanting it, Sofia Weber holds a big spotlight thanks to her relationship with Kai Havertz. What's more, Weber and her boyfriend share a live-in relationship! The couple, Havertz and Weber, lives together in their home in London. Aside from her fame as a WAG, Sofia is also a model. And over on Instagram, Sofia managed to gain over 100k followers. 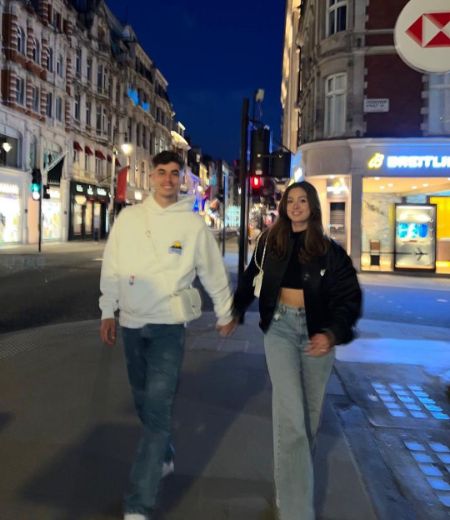 Sofia Weber posted a picture of her and Kai Havertz holding hands on his birthday. SOURCE: [email protected]

Weber and Kai knew one another for a very long time. And the duo started as just friends before Sofia and Havertz began dating. Similarly, the German footballer kept his past relationships out of the public eye. And like her partner, Sofia's previous love connections stay hidden from the world.

A photographer with a body like that of a model, Rafaella Szabo Witsel, came to fame as the wife of the Belgian footballer Axel Witsel. Aside from her stardom as a celebrity wife, Rafaella holds massive followers on social media sites. Similarly, Rafaella runs a studio called Galerie Opéra in Liège, Belgium. Speaking of fame, she and her husband Axel tied the knot in 2015. 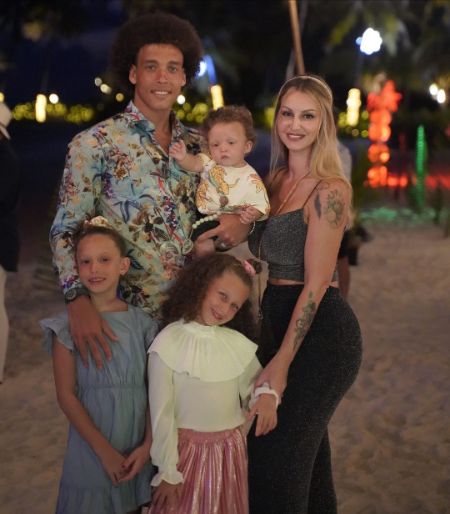 More on their wedding, the soccer star and his wife exchanged their vows out of the spotlight. As such, Rafaella and Alex held an intimate wedding among their loved ones. And over the years, the blissfully married Witsels welcomed three children. Axel and his wife named their kids Mai-Li Witsel and Evy Witsel. But the name of their third child stays hidden from the world.

Nathalia Felix managed to captivate thousands with her looks alone. But the Brazilian footballer Douglas Costa managed to steal Felix's heart. Nathalia and Douglas started their relationship in 2019. Likewise, the lovers, Felix and Costa, keep the start of their love story hidden from the world. As such, many fans of both Nathalia and the footballer remain in the dark about the beginning. And after dating for around two years, Nathalia and Douglas decided to get hitched. And in August 2021, Costa and Felix became husband and wife. However, Douglas was married once before; he was married to Louise Ramos. And with Louise, the Brazilian footballer welcomed a daughter.

Although Leonita Lekaj holds a massive following for her works as a model, her marriage made Lekaj's name known to a greater audience. And whom did Leonita marry? Well, the Swiss professional footballer Granit Xhaka! The midfielder and his squeeze tied the knot in July 2017. And over the years, Xhaka and his wife, Leonita, gave birth to two daughters. Similarly, Granit and his spouse named their kids Ayana Xhaka and Laneya Xhaka. 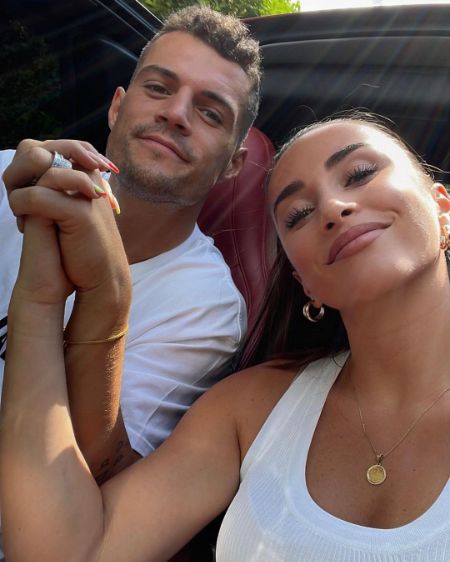 On a more recent note, Sara Arfaoui came to the spotlight after she started dating a German footballer. Fun fact, Arfaoui gained a massive boost to her already growing fame when she and Ilkay Gundogan began their relationship! And currently, Ilkay and Sara have already tied the knot. 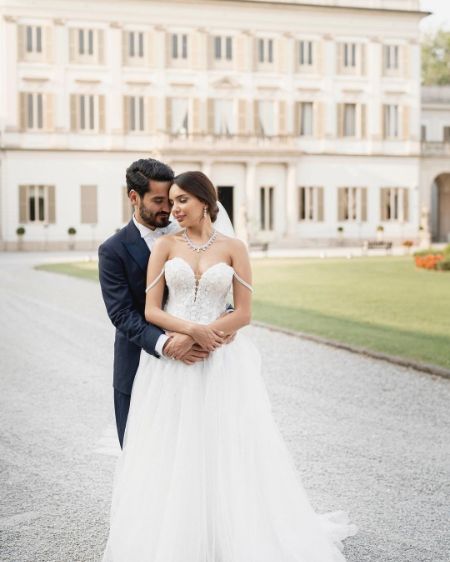 Sara and her husband Ilkay traveled to Spain for their wedding. Likewise, liking life away from the spotlight, Arfaoui and Gundogan wedded in an intimate setting. And since they shared their vows, Arfoui changed their name to that of her husband!