Serge Gnarby is a German professional sorcerer who made his official debut in 2012 For Arsenal in the "English Premier League." The player plays as a winger for Bayern Munich and the Germany national team.

The twenty-seven years old is currently dating his long-time girlfriend, Sarah Kehrer. Furthermore, the hunk has an estimated net worth of €8 million.

Serge Gnabry Net Worth and Salary

Serge Gnabry has an estimated net worth of $15 Million. Serge reportedly earns an annual salary of £5,980,000 from his current club. In 2018, his market value was recorded at £36 million.

With tremendous wealth, Gnabry is living a luxurious life. The player must benefit from his sponsorship deal and advertising fees. Granby took home a sum of £6,396,000 in 2021. While playing with Arsenal, His salary was £936,000 at the highest level.

Twenty-seven years footballer, Serge Gnabry was in an open relationship with his girlfriend, Sarah Kehrer. The couple started dating in 2016 for some time until separating in 2019. The reason for their separation is still under the radar. 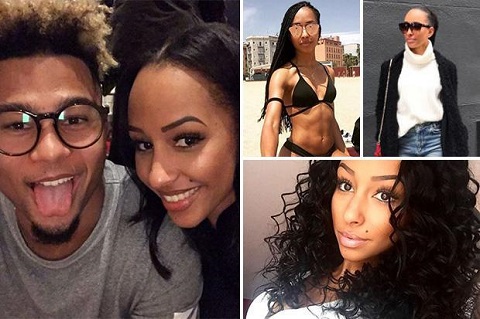 After separating from his first girlfriend, Serge remained single for some time and started dating Sandra Jerze. Nothing much about their first meeting experience is shared with the public. The duo opened about the relationship in April 2020, After, Sandra posted a photo of them in vacation. 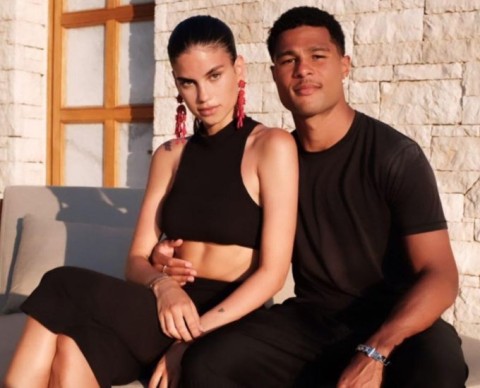 Serge, along with his rumored girlfriend, Sandra SOURCE: The Sun

However, Some sources claim Serge and Jerze have been separated and moved on. Both are on active social media and have not shared a since then.

Serge Gnabry was born on July 14, 1995, in Stuttgart, Germany, as Serge David Gnabry, to an Ivorian father and a German mother. Talking about his nationality, Gnabry is German, and he is of the African ethnicity. In his childhood, he was a brilliant sprinter; nonetheless, Serge decided on football over athletics.

In September 2012, Serge Gnabry debuted for Arsenal in the Premier League. In 2011-12, he played under-18 for the majority but was promoted to the reserved team after his impressive performance.

Following his excellent performance at the beginning of the 2012-13 season, Serge was promoted to Arsenal's senior team for a pre-season friendly against FC Koln. 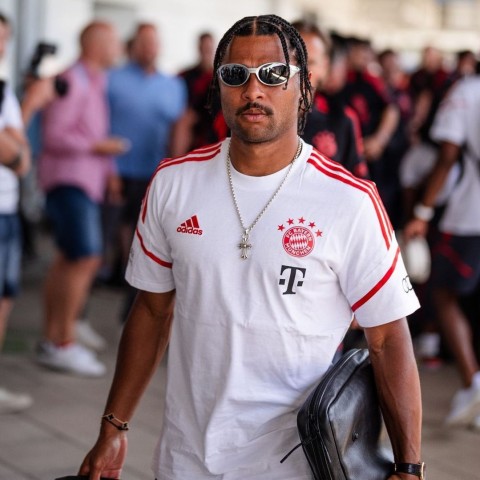 On September 26, 2012, he gave his senior team debut for Arsenal in the League Cup against Coventry City as a 72nd-minute substitute for Alex Oxlade-Chamberlain.

On October 20, he played first Premier League in the 1-0 defeat in opposition to Norwich City. At the time, Serge became the club’s 2nd youngest player in the League’s history after Jack Wilshere.

On October 24, 2012, Serge played first Championship League as a substitute in Arsenal’s 2-0 away loss to FC Schalke 04.

On August 7, 2016, Serge was loaned to West Bromwich Albion for a season-long to gain first-team experience. There he made his debut as a substitute in a 3-2 defeat to Chelsea. In January, he returned to Arsenal after failing to enter West Brom's first division.

On August 31, 2016, Serge signed a contract for Bundesliga side Werder Bremen. On September 17, he scored the first goal for the club in a 4-1 home loss to Borussia Monchengladbach.

On June 8, 2017, it was announced that Serge would leave the club at the end of the month. During his single season at the club, he made 27 appearances and scored 11 goals.

On June 11, 2017, Serge signed a 3-year contract with Bayern Munich. However, after a short spell with the club, he was loaned to 1899 Hoffenheim.

On August 10, he scored two goals in a 10-0 defeat of Fiji. In Germany’s quarter-final match against Portugal, he scored the 6th goal of the tournament. The tournament ended with the top score by Nils Petersen, helping Germany to win the silver medal.

On November 4, 2016, he was promoted to the top German national football team. On November 10, he played for his nation in a “2018 World Cup qualifier” against San Marino in an 8-0 away win.

For further information about different players, stay tuned to Playerwiki.com.