Lorenzo Insigne is an Italian professional footballer who is currently signed to the Napoli, where he serves as captain and the Italy national team. He started his career with Napoli in 2009, making Serie A debut the following year but was later sent on loan to Cavese, Foggia, and Pescara and returned to Napoli in 2012.

How Much Is Lorenzo Insigne's Net Worth In 2020?

Lorenzo Insigne plays side Napoli which has the fifth-highest wage bill in Serie A (€103 million per year). With €165,000-per-week, Lorenzo is earning the most at Napoli. He is followed by Kostas Manolas with €155,00-0per-week and Dries Mertens with €150,000-per-week.

It's been a decade that Lorenzo is with Napoli. Not the exact but he is believed to have summoned 8 digit figures from his football career. Besides, he earns much from endorsement deals. Among others, Adidas is a famous brand that has endorsed him. As of 2020, his net worth is approximately €35 million. 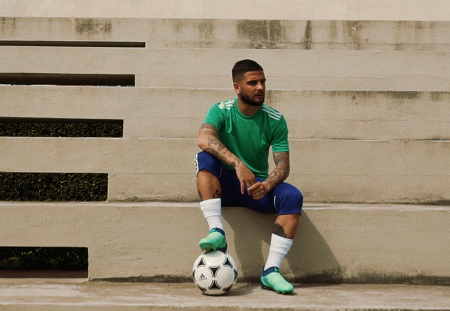 Genoveffa "Jenny" Darone is a beautiful wag who is married to Napoli captain, Lorenzo Insigne. They started dating each other since their teens. On 31 December 2012, the coupled tied the knot in a lavish wedding ceremony. 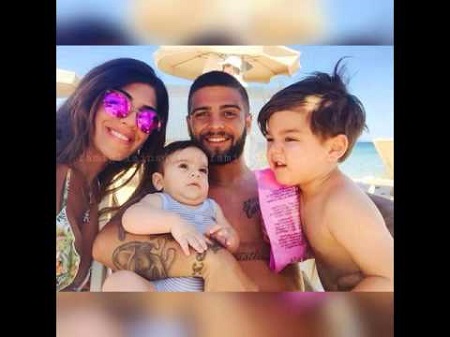 On 4th April 2013, Lorenzo and his wife welcomed their first child, a son, Carmine. On 13th March 2013, the couple had their 2nd son, Christian, into their family. Their family pictures can be seen on Lorenzo's official IG account where he owns 1.4 million.

Lorenzo was born to Patrizia Insigne and Carmine Insigne. His parents struggled to raise him and their three other sons in a cramped home that could barely assure a comfortable life for a big family. The situation went worse when Carmine was made redundant at work. Despite being experienced, Lorenzo never strayed from his childhood passion of footballing.

At the age of 15, Insigne joined Napoli from Olimpia Sant'Arpino for €1,500. In 2010, he was promoted to the senior team and made his debut on 24th January 2010 in a 2-0 victory over Livorno. He played the remainder of the season on loan at Cavese in Lega Pro Prima Divisione, where he made 10 appearances. The following season, Insigne was loaned to Foggia in Lega Pro Prima Divisione. On 8 July 2011, he was loaned to Pescara in Serie B.

At the end of the season, Insigne returned to Napoli, choosing the number 24 jersey. On 20th September 2012, he made his debut in UEFA club competitions, starting in a 4–0 win against Swedish side AIK Fotboll in the UEFA Europa League. As of September 2020, he has played 270 games and scored 66 goals for the team.