Many things make a good soccer player. Be it their ability to score or the power to push past the defenses or even halt the opponent's attack, a top player holds many stories to tell. The 2022 FIFA World Cup is the most significant event for football lovers, and many fans await the day this tournament starts! Fans salivate at the prospect of watching these best of the best going head to head on the soccer field.

Yes, the goalkeeper is one crucial position in a football team, but so are the forwards whose sole purpose in the game is to get the ball in the net. Thousands, if not millions, of would-be footballers dream of scoring the winning goal! And among the thousands of players who play the forward position, who are the ten forwards cut above the rest? Well, here are the top 10 Forwards in the 2022 FIFA World Cup in random order!

The name Lionel Messi already has a massive weight to it. And even those who aren't football or soccer fans recognize the name. Messi started his Youth career back in 1992 at a local club Grandoli. And in 1995,  Lionel joined the Newell's Old Boys, and in 2000, he would join the football club he'd spend twenty years in, Messi joined Barcelona. And the Argentine forward would appear in more than five hundred matches for the said club. And by 2004, Messi had started his career in the Argentine National Team. Although he first started with an Under-20 tournament, appearing in 18 matches and bagging fourteen goals. And in 2005, Lionel became part of his nation's national football team. Messi has appeared in over a hundred and sixty matches as the forward of Argentina. In his international games, the legendary footballer scored 86 goals placing him the highest goalscorer in his country.

Like Lionel Messi and Neymar Jr, Cristiano Ronaldo is a household name. Love him or hate him, Cristiano has earned his place as one of the greatest football players. At seven years of age, the thirty-seven-year-old Portuguese footballer started his journey in the Andorinha football club in 1992. But his brightest days would later come when he played for Manchester United and Real Madrid. The Portuguese forward signed with Real Madrid in 2009 and transferred to Juventus in 2018. However, in 2021, Cristiano would return to Machester United. Aside from his club career, Ronaldo also became a national hero! Millions of fans remain restless to watch the Portuguese player play in the upcoming FIFA World Cup. As a footballer, Cristiano scored over six hundred goals and has appeared in more than eight hundred combined matches in clubs and international games.

The French footballer Kylian Mbappe reached a height very few can achieve in such a short time. Even though the young athlete started his senior career nine years ago, Mbappe managed to earn the respect of many players and fans! Kylian started his journey at Monaco FC in 2015. And the French forward managed to impress many football enthusiasts with his performance. And in 2018, the talented footballer transferred to Paris Saint-Germain, playing side by side with one of the greatest, Lionel Messi. 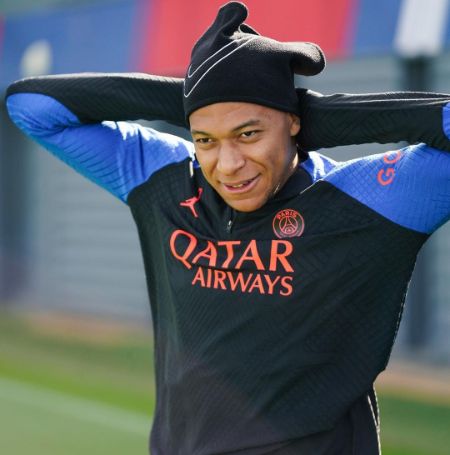 Kylian Mbappe was on his way to practice. SOURCE: [email protected]

The talented forward started playing for his nation in 2014, and Kylian appeared in two under-seventeen matches for  France. In 2016, Mbappe played for the French national team in the Under-19 games and scored seven goals. And finally, in 2017, Kylian was picked for the French national football squad. And since then, he has appeared in 57 matches and bagged 27 goals.

Neymar Jr, the Brazilian footballer, started his career in 1999 in the youth division. Likewise, he played for Portuguesa Santista for four years, beginning in 1999 and leaving in 2003. After that, Neymar da Silva Santos Jr. joined Santos and played till the end of his youth career in 2009. His club career remains successful, earning him many praises from fans and critics. After joining Paris Saint-Germain in 2017, Neymar became a household name. The Brazilian forward joined the national team in 2009 for the Under 17 tournaments. There Santos Jr. appeared in three matches and scored a single goal. And in 2010, Neymar had firmly planted his root in Brazil's national team. Aside from FIFA, Jr. has also represented his country's Olympic team appearing in fourteen matches and bagging eight goals. Thanks to his ability to make plays and score, many football fans think of Neymar as one of the top forwards in the sport. And the same fans remain eggar to watch the talented Brazilian player play in FIFA 2022 World Cup.

5. Harry Kane, the Forward of England

We recently covered Harry Kane, the English footballer, on our top ten players list. And more from that list will also be joining in today's piece. And like Son Heung-Min, Harry gained fame as a player in Tottenham Hotspur in the Premier League. What's more, many football fans regard Harry as one of the best forwards and strikers in the world! Harry Kane was chasing the ball in a match. SOURCE: [email protected]

Although Son and Harry may be allies in their club, if all things go well, fans can witness the two forwards of Hotspur go head to head in the 2022 FIFA World Cup! Kane started his international career in 2010, playing for the under-17 tournament thrice and scoring two goals. And the English forward would later join the England national team in 2015. Not even in his thirties yet, Kane has managed to carve his name in the minds of millions. And given his track record, Harry deserves his slot in the top ten football players.

Son Heung-Min, the talented South Korean footballer, started gaining the spotlight in 2010. At the time, Son played for the Hamburger SV II, reserve team. However, he quickly moved up to the main Squad in the same year. After shifting to Bayer Leverkusen in 2013, he'd join Tottenham Hotspur in 2015. And even today, Heung-Min plays for the English football club. Son Heung-Min was celebrating a win on the field.SOURCE: [email protected]_son7

Son started playing for his country in the year 2008. Appearing first in the Under-17 international tournaments, the South Korean forward scored seven goals in eighteen U-17 matches. Likewise, over the years, Heung-Min appeared in more than three hundred matches and over a hundred goals, including club matches. And since Son is in his early thirties, he is one of the forwards that fans need to keep an eye on.

Sadio Mane played for various football clubs over the years. And so, Mane gained a massive fan following thanks to his talent as a forward. Mane started his youth division career in 2009 and ended in 2011. And then his career in the senior category started with the Metz B in 2011 and then moved to Metz in 2012. But Sadio would then gain massive exposure in 2016 when he joined Liverpool. And in 2022, the Senegalese forward would leave Liverpool for Bayern Munich. And if the rumors are to be trusted, Mane might have second thoughts about his transfer to Bayern. 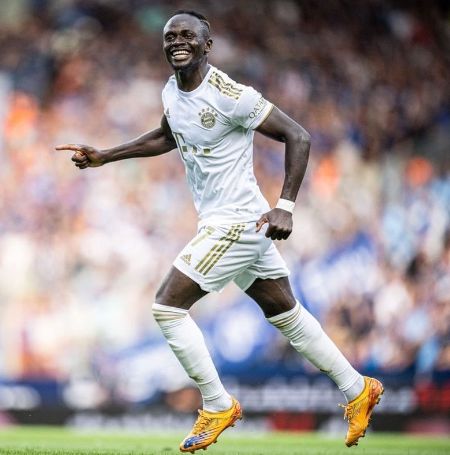 The Senegalese forward joined his country's national time in 2012, playing in four under-23 matches. Sadio holds a significant career portfolio, as he appeared in more than three hundred matches and with 149 goals in his account in the club scene. And similarly, Mane played over ninety games as the forward of the Senegalese National Team. And in those appearances, he scored thirty-three goals for his nation.

Vinícius José Paixão de Oliveira Júnior currently holds fame as a forward of Real Madrid. Vinícius Júnior or Vini Jr started his football journey in 2005 at Flamengo Football Club. And Vinícius played the majority of his youth career for the said club. But Vinícius would switch to Real Madrid after playing for a year in Flamengo at the start of his senior career in 2017. After only playing five matches on Real Madrid's B team, Vini was moved to Real Madrid's A team. Vini Jr was smiling on the field. SOURCE: [email protected]

Robert Lewandowski is a Polish legend playing as a forward and a striker for Barcelona as of 2022. Likewise, the talented striker managed to land him a slot in the list of top forwards in the world. And Lewandowski started his career in Delta Warsaw FC. But Robert found massive success playing for Borussia Dortmund from 2010 to 2014. And in 2014, Bayern Munich scooped the Polish forward. Lewandowski's contract with Bayern ended in 2022, and then he joined Barcelona. 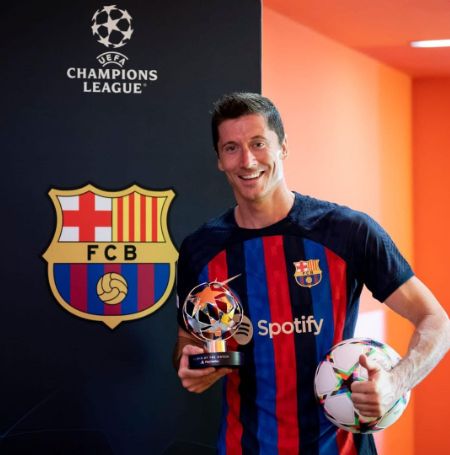 Lewandowski is the top goalscorer for his home country on the international scene. Likewise, Robert has appeared in five hundred and forty club matches and scored 402 goals. And on the Polish forward's international career, Robert played in a hundred and thirty-two games and scored 76 goals making him the player with the highest score in Poland.

Lastly, Karim Benzema is also considered one of the best forwards in the world. Karim Mostafa Benzema started his soccer journey in 1993. Likewise, he'd play for Lyon's youth division from 1997 to 2005. And Karim continued with the club for four more years. But in 2009, Benzema transferred to Real Madrid. And the French forward continues to play with Real Madrid today. 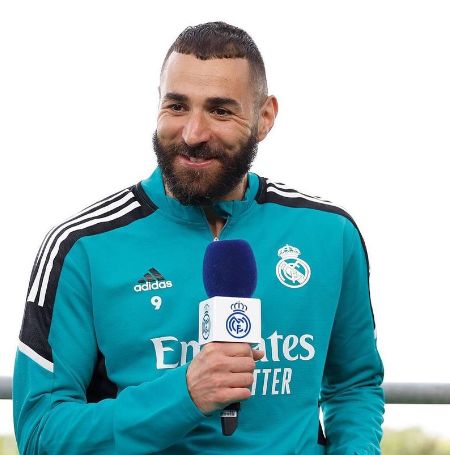 And over on the national side, Karim joined the French national team in 2004 for the Under 17 tournament. And by 2007, Benzema had become a vital part of the national team. The French forward has appeared in more than five hundred games mixing the club and national matches. And in those games, Karim scored more than 250 goals. And suffice to say, Benzema is one of the top forwards appearing in the 2022 FIFA World Cup.