Robert Lewandowski is a professional football player who plays as a striker for Polish National Team and German Bundesliga team, Bayern Munich. He is the captain of Poland team managed by Adam Nawalka. Previously, he played for German professional football club, Borussia Dortmund as well as Polish clubs such as  Znicz Pruszkow and Lech Poznan.

He made his senior debut for Poland in 2008 and played at UEFA Euro 2012 and 2016. He was the highest scorer in the World Cup Qualification 2018 ahead of Christian Eriksen and Marcus Berg.

Robert Lewandowski’s Net worth and Salary 2020

Robert Lewandowski has an estimated net worth over $45 million in 2020. The significant source of his income is his football career. Currently signed to Bayern Munich, his annual salary is estimated to be more than  $13 million with a weekly salary of around $254,517.52 which he receives from his current team, Bayern Munich.

Lewandowski also earns a huge amount from his endorsement deals with various brands like Nike, Huawei, Oshee, Coca-Cola, etc and has invested in several Polish business ventures. His total earnings in 2016/17 were reported to be  £19 million and were the 13th highest earning footballer.

With his massive wherewithal, he enjoys a  fine lifestyle and has a fleet of luxurious cars like AMG, Audi, Ferrari, Bentley, and Mercedes. He is often seen riding Maserati Grandturismo worth $116,000.

He reportedly owns a house worth £9 million apartments in Warsaw.

Currently, 30 the star striker stands at a height of 6 feet 1 inches and weighs around 79 kg. He follows Catholic and is married to his wife, Anna Lewandowski who is a karate player and won the bronze medal at the 2009 Karate World Cup. 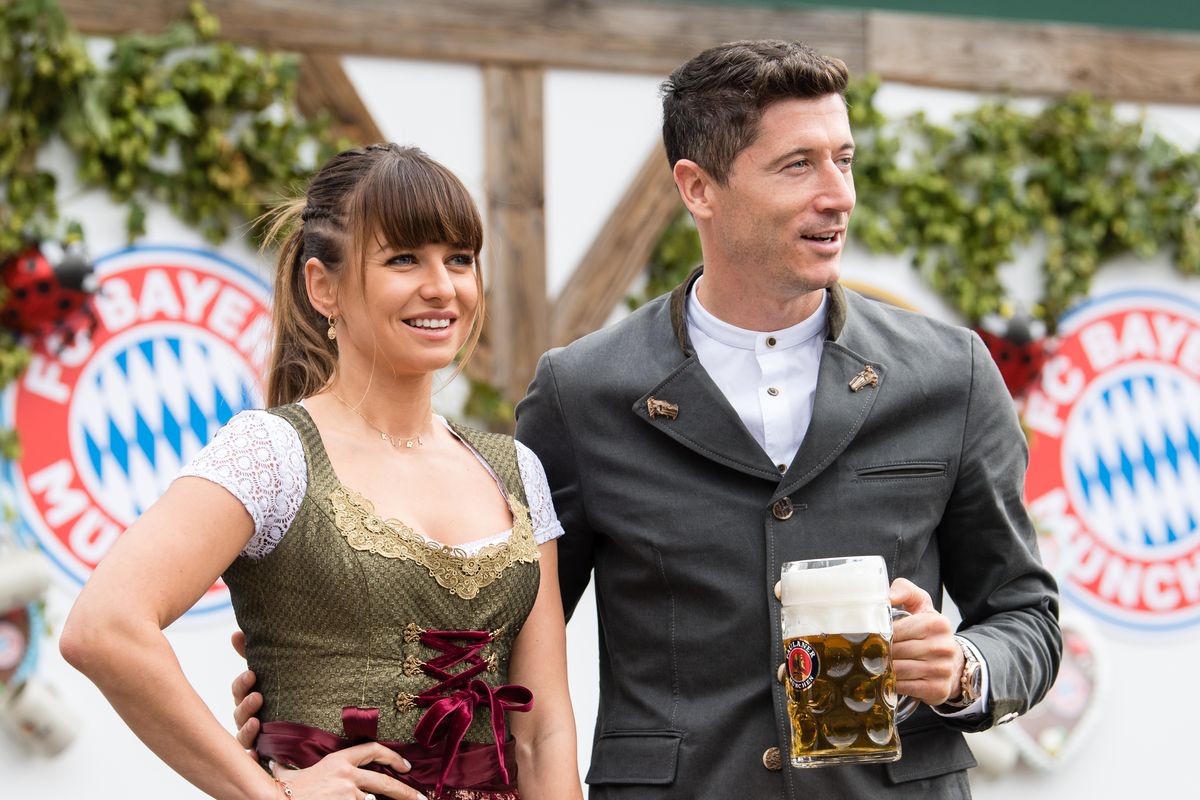 He also featured along with Argentian star forward, Lionel Messi on the cover of  Polish edition of FIFA 15 video game.

After playing for the youth teams of Delta Warsaw and the reserve side of Legia Warsaw. He joined the main team of Znicz Pruszkow in 2006 to start his senior playing career. He then signed with Lech Poznan for an estimated fee of  1.5 million zlotys in June 2008 and made his debut against Khazar Lenkoran during UEFA Cup  Qualifiers in July 2008.

The Polish striker scored his first goal against in the same match and was the part of the team that went on to win the Ekstraklasa title in 2009/10.

After a successful spell with Lech Poznan, he signed a four-year contract with the German professional football club, Borussia Dortmund for a transfer fee of around  € 4.5 million in 2010. He played over 170 matches and scored 74 goals for the club as the team won the Bundesliga in 2010/11 and 2011/12.

Lewandowski signed a five-year contract with German Bundesliga giants, Bayern Munich in 2014 and made his official debut against Borussia Dortmund on 13 August 2014

He scored his first goal against Schalke 04 on 30 August 2014 and was a joint second-highest scorer with Arjen Robben only behind Alexander Meier for the 2014/2015 season.  He was named Bundesliga player of the year in the 2016/17 season.

After playing Poland in their U21 teams.he  made his senior international debut for Poland against San Marino and scored his first international goal in the same match on 10 September 1988.

He is the captain of the Polish squad that featured players such as midfielder, Kamil Grosicki, and defender, Kamil Glik that are expected to play at the FIFA World Cup  2018 in Russia.