The immensely talented footballer, Karim Benzema currently plays as a striker for the Spanish club Real Madrid and France national team. He started his senior career with Olympique Lyonnais Reserves and Academy in 2004.

Born on December 19, 1987, Benzema is the son of Hafid Benzema and Wahida Djebbara. His place of birth is Lyon, France. He is of French nationality and is of Algerian descent. Grew up with a passion for football, his zodiac sign is Sagittarius.

He started playing football at his hometown club Bron Terraillon SC. He then joined Olympique Lyonnais Reserves and Academy where he played for 9 seasons.

Benzema made his professional debut in the 2004-05 seasons and in his first three seasons with Lyon managed to win three titles. In 2007-08, he became the starter and netted 30 goals as Lyon bagged its seventh straight league title. 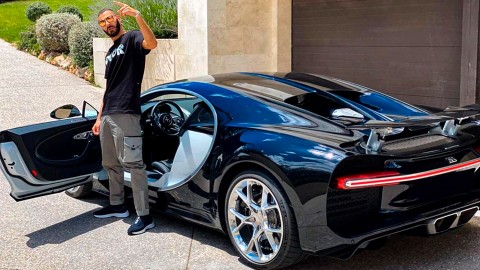 After playing five seasons for Lyon, in July 2009, Benzema agreed on a six-year contract worth $50 million with the Spanish club Real Madrid.

Benzema earned his prominence while playing for Real Madrid. His extraordinary performance named him French Player of the Year respectively in 2011, 2012, and 2014. Until now, he scored 122 goals in 147 appearances for his current club. His recent contract allows him to play for Madrid until 2019. Some of his teammates are Cristiano Ronaldo, Luca Modric, Marcelo etc.

Benzema represented his nation at the U17, U18, U19, & U 21 levels. He made his senior international debut in a friendly game against Austria. He has earned over 80 caps and played for France side at three major tournaments including the 2010 World Cup, the Euro 2012, and the FIFA World Cup 2014.

Benzema's personal life is not as perfect as his career. He is not married but he had an affair with Manon Marsault from 2010 to 2013. He also dated Analicia Chaves but their relationship did not last long. They separated after several months of their relationship. He was also rumored to be hooked up with the pop star Rihanna.

Benzema and Cora Gauthier have been living together since March 2016. Currently, the lovely couple is living happily and the relationship between them is inseparable. The couple became the parents of a child, Ibrahim on May 25, 2017. He is also the father of his daughter Melia who was born in 2014. 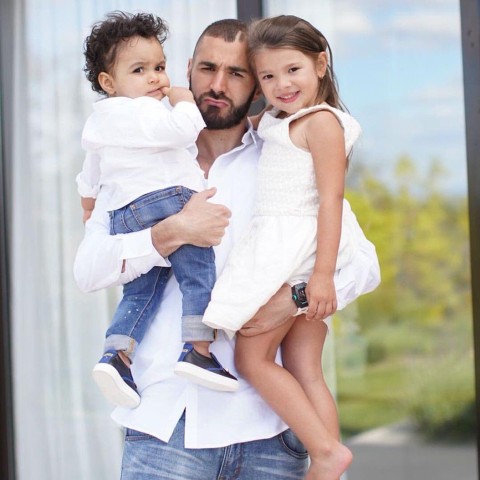 Benzema shares a photo with his children SOURCE: Marca

Unlike some other footballers, he has been through controversy, he was arrested for blackmailing his teammate Mathieu Valbuena on November 4, 2015. Because of this controversy, he was banned from France Team in Euro 2016. He follows Islam and believes in Allah.

Moreover, he was once caught having sex with an underage girl and was also banned from playing for the France National Team.

Real Madrid is forever grateful to Benzema's contributions to the club. He is one of the best-paid soccer players. His current and highest transfer fee is known to be around $64.26 million. He has a staggering net worth of $50 million.

Benzema has made collections of several cars in his list including Mercedes-Benz SLR McLaren, Audi A16, Lamborghini, and others.

Read more.Cristiano Ronaldo to Make his Serie A Debut for Juventus guarded by ANTI-TERROR police