Ranked 5th richest football agents, Mino Raiola net worth as of 2020 is approximately $50 million. He continues to grow his practice, with more than $700 million in negotiated deals. By 2018, he earned $43.5 million in commission so far for his part in conducting the transfers of his clients.

Most notably, Raiola closed the world record transfer at €105 million and made €25 million for Paul Pogba's transfer to Manchester United in 2015. 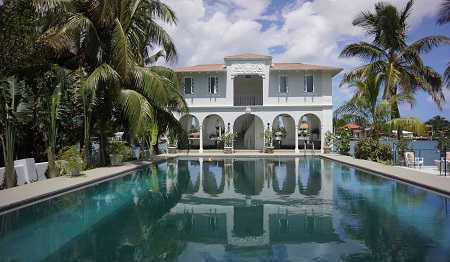 Soon he treated himself with a lavish Florida mansion worth €9 million. The 6,077-square-foot main structure sits on a 30,000-square-foot waterfront site. About £1.35million has been spent on renovating the iconic 1920's property.

Nevertheless, he became a millionaire before he was an agent. When he was a teenager, he bought a local McDonald's and sold it to a property developer, he said in an interview in 2016.

Mino Raiola is married but has maintained a low key personal life. The only thing known about his love life is he met his future wife in Foggia in Italy. Besides, there is no information about his personal life, such as his wife, marriage, and children. Though he is active on social sites such as Facebook, Instagram, and Twitter, his posts are basically from his profession.

It seems like the football agent does not want any news and rumors related to his private life, and keeping it under wrap is one of the best options.

As a child, Mino Raiola relocated to the Dutch city of Haarlem with his parents. Grew up in the Netherlands, Raiola spent his younger years working as a waiter in his father's restaurant.

At the same time, he earned his high school diploma and enrolled in university for two years, majoring in the Faculty of Law. Further, he is bilingual speaking Italian, English, German, Spanish, French, Portuguese, and Dutch fluently.

Though Raiola played football for the youth system of HFC Haarlem but stopped by his 18 to become head of the youth team, following a brief career as a player and administrator, he remains involved in the football world and this time as a football agent.

He started as a sports agent company and assisted in the transfers of several high-profile Dutch players to Italian clubs at Sports Promotions. After a while, he chose to quit the job and start his own business. Currently, more than 20 players playing in European leagues are represented by Raiola. 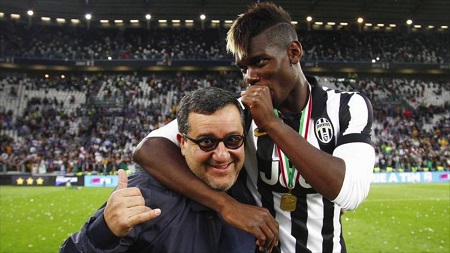 Raiola made a reported €25 million from Pogba's €105 mi SOURCE: Juvefc.com

The Italian Football Federation banned Raiola was banned from acting as an agent representative for three months for undisclosed reasons on 8 May 2019. Later two days, the bans were extended worldwide with the decision from the FIFA Disciplinary Committee, However, on 13 June 2019, Raiola won appeals against the three-month ban, revoking the ban alongside his cousin Vincenzo Raiola who was also banned.