Robert A. Baffert, also known as Bob Baffert is an American Thoroughbred racehorse trainer from Nogales, Arizona. Considered one of the most successful trainers in American horse racing history, Baffert notably mentored American Pharaoh and Justify, the former winners of the Triple Crown (the Kentucky Derby, the Preakness Stakes, and the Belmont Stakes). He also held the record for most Kentucky Derby wins (seven).

Baffert was born on January 13, 1953, and grew up on his parent's cattle ranch in Arizona.

As a teenager, Baffert raced as a Quarter Horse jockey, began his training career, and studied animal sciences at the University of Arizona. After moving to southern n California, he made his first Thoroughbred auction purchase with Thirty Slews in 1998. Thirty Slews went on to clinch the 1992 Breeders' Cup Sprint. 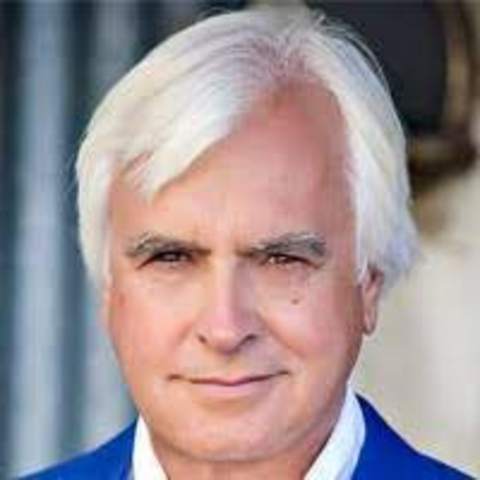 In 1996, Baffert won his first Triple Crown, and two years later, he became the first trainer ever to win the Kentucky Derby and the Preakness in consecutive years (1997 and 1998), with Silver Charm and Real Quiet, respectively. In 2002, he guided War Emblem to wins in the first two Triple Crown races before facing defeat at the Belmont.

In 2020, the Nogales native got his sixth Kentucky Derby victory and became one of only two trainers (the other being, Ben Jones) in history to do so. The following year, he had his seventh Kentucky Derby win with Medina Spirit.

Baffert won the Eclipse Award for Outstanding Trainer for three consecutive years (1997-99). He also led 11 horses to win Horse of the Year in their respective divisions.

Baffert has an estimated net worth hovering around $30 million, as of May 2022. Trainers report he has grossed lifetime earnings of over $320 million while his 2021 earnings were totaled at a little over $6 million. His Thoroughbred racehorse, Arrogate won him $12 million Pegasus World Cup in 2017. 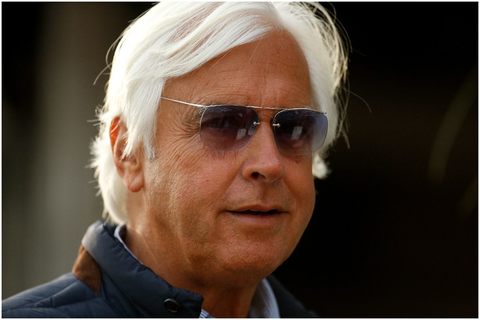 Bob Baffert's Relationship; Who Is He Married To?

Baffert is currently married to Jill, a former television reporter from Louisville. The couple tied the knot in 2002 and share a son, Bode, born in 2004. Jill is originally from Tennessee and has a bachelor's degree in Broadcasting from Middle Tennessee State University. She was once a morning show anchor for WLKY-TV in Louisville, Kentucky. 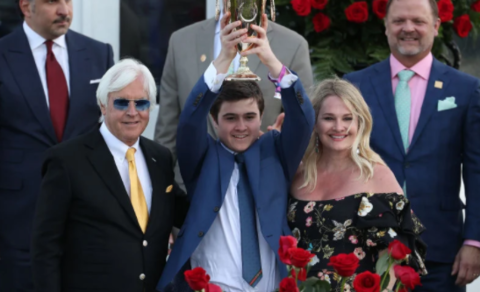 Baffert and Jill split their time between California and Louisville. As per Columbia Daily Herald, Jill battled Legg-Calve-Perthes and had hip surgery back in 2015. She met Baffert while she was hosting a TV show for the 1998 Kentucky Derby.

The two-time Triple Crown winner has four children from his previous marriage to a woman named Sherry. Their names are Taylor, Canyon, Forest, and Savannah. The Hall of Fame inductee separated from Sherry in 1999, reports the Baltimore Sun.

A Sports Illustrated article in 2021 said his beliefs were hard right and he is a supporter of Donal Trump.