A Dutch football player, Matthijs de Ligt currently plays for the Bundesliga club Bayern Munich. Since July 2022, Ligt has been representing Bayern Munich. A full international since 2017, he has earned over 30 caps from Netherlands national team.

Furthermore, Ligt is one of the most professional footballers who has had a chance to play for multiple clubs, including Juventus. Currently, he has a massive market value of €70 million.

How Much Is Matthijs de Ligt Net Worth?

Ligt's net worth is estimated at over $21 million, mostly earned through his football career. Further, Ligt receives £265,000 weekly, which is £13,780,000 per annum as salary from his current club. Currently, his market value is estimated to be €70 million. 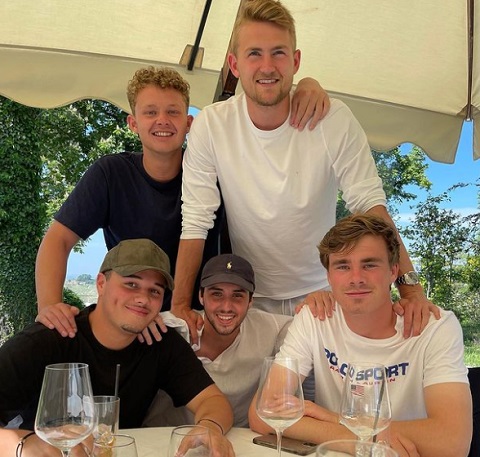 Matthijs de Ligt having a good time with his friends
SOURCE: Instagram @mdeligt_

Besides, his highest market value was €75 million, which was recorded on June 12, 2019. As Ligt is still active in this sport, we can speculate that his income will increase.

Additionally, he owns an unknown fashion in the Netherlands. Moreover, he is active on Instagram with more than 5.6 million followers and often posts snaps in beautiful places like Paris and much more destinations.

Ligt is in a relationship with his girlfriend, Annick Diekman, a hockey girl playing for HC Athena, a club in Amsterdam.

Their affair came to light in mid-2014. The duo has been together for a long time, but they haven't decided on their marriage. 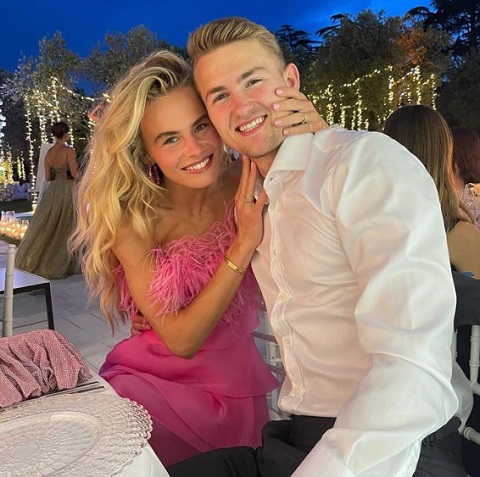 Ligt often posts snaps with his girlfriend on Instagram in different places. Besides, the duo enjoys their holidays in public areas, hills, beaches, etc. He is 189 cm tall, i.e., 6 feet 2 inches, and weighs 70kg.

Matthijs de Ligt was born on August 12, 1999, in Leiderdorp, Netherland. He was born to his father, Frank de Ligt, and his mother, Vivian de Ligt, and grew up with his younger brother, Wouter. He holds Dutch nationality.

At nine, Matthijs De Ligt began his football career by joining Jong Ajax. After being promoted from Ajax's youth club, he started playing in a senior team in 2016 and made his debut match against F.C. Emmen on August 8, 2016.

He scored a goal over Willem II F.C. on September 21 and became the second youngest goalscorer behind Clarence Seedorf.

Besides, Ligt also played for Ajax since 2016 and extended his contract with Ajax until 2021. So far, he has scored four goals in 23 appearances for the team. He was also the team's key player that secured second place in the UEFA Europa League (2016-17). 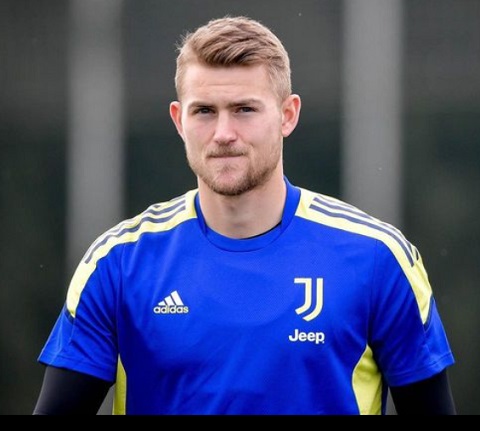 He was in the eye of the top Spanish club Barcelona to sign after the injury of Samuel Umtiti. There were rumors that Teen player, Ligt is set for €45 million January Switch to Barcelona. According to a newspaper, Mundo Deportivo, Barcelona will set up their pursuit of the center back next summer.