Erling Braut Haaland is a famous football player who plays as a striker for the German club Borussia Dortmund and the Norway national team. In 2019-20 Holland became the youngest player to score five consecutive UEFA Champions League matches. In the FIFA World cup, U-20 Holland scores nine goals in a single game which help him to win a golden boot.

Erling Braut Haaland was born on July 21, 2000, in Leeds, England. Haaland started his career with his hometown club Bryne FK. After joining the club reserve side Bryne FK in (2015-16), he impressed the club by scoring eighteen goals in fourteen games. Due to his excellent performance and hard work. When he joined the senior team, he was just fifteen years old.

How much does Haaland Earn from Dortmund?

Erling Braut Haaland joined Borussia Dortmund with a transfer fee of €20 million from Red Bull Salzburg in January 2020. Braut Haaland's market value is increasing rapidly, and he has incremented his income by playing soccer at his best at the current moment. Currently, his market value has risen to €60 million.

Haaland is expected to earn around £130,000 with the Bundesliga club Borussia Dortmund- a massive increment from what he achieved at Salzburg. At the same time, Marco Reus is the highest-paid player on the team, with a weekly wage of  €210,000. Haaland's weekly salary while playing for the Austrian side was reported to be around €15,000 a week.

Making one of the best debuts in club football, he scored a hattrick in his first game with Dortmund and added two more goals in the second match. He is also the highest scorer in the Champions League, along with Robert Lewandowski. His current form could assist in incrementing his salary soon in the future.

Before his transfer to Dortmund, big clubs like Manchester United and Juventus offered Haaland. ManU made an offer of €70,000 a week which he rejected, and also turned down the €2.5 million per year in salary made by Juventus. There were reports that the Norwegian player demanded €8 million a year in compensation. He joined Dortmund because the Bundesliga club proved successful in developing young players. In mid-2022, Several Top clubs are interested in signing him after his contract expires.

Erling Braut Haaland is just nineteen years old and is unmarried. Haaland has not given any details to the reporters about his affairs or dating in writing. Currently, he might not be focusing on love and tattoos. He is just at the end of the teenage of his life, so he is just focused on his career.

In one of his interviews, Haaland revealed that his five 'secret girlfriends' are the reason behind his success.

"I sleep with the five balls for each hat-trick I have scored. I lie in bed and I feel good with them. I look at them every day. They are my girlfriends." 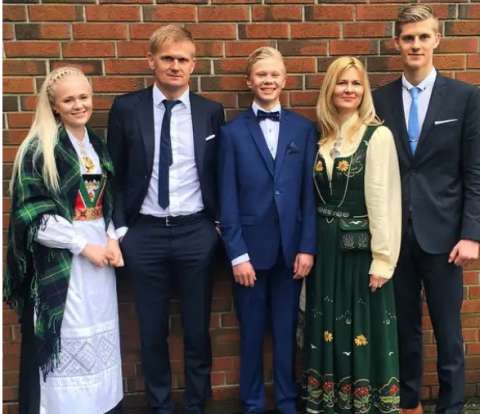 Erling Braut Haaland is a good football player with good shooting and is becoming a star by following Zlatan Ibrahimovic. Haaland tries to copy the way of shooting, dribbling and passing as Zlatan does. He follows Zlatan because he is the role model or idol who helped him to progress in football rapidly. 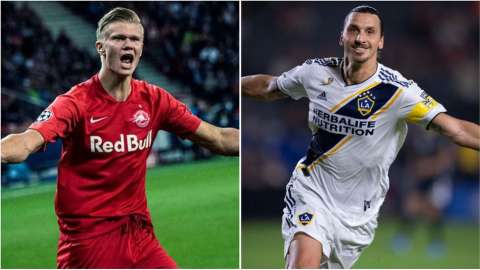 Erling Braut Haaland intends to be the next Zlatan SOURCE: TV 2

According to Erling Braut Haaland, Zlatan is a player who has enjoyed success in football. He played in many big clubs like Ajax, Juventus, Inter Milan, Barcelona, AC, PSG and Manchester United. Every football player dreams of playing for one of the best and most prominent clubs globally. Due to his outstanding achievement, he follows Zlatan and intends to become the next Zlatan.

Erling Braut Haaland once scored nine goals in a single match against  Honduras in the  FIFA U-20 World cup. It is the biggest ever win for Norway and the heaviest defeat of Honduras. Haaland scored only in this game and won the golden boot.

This game also sets a new world cup record for most goals scored by a single player in a single game, and also the biggest win 12-0; Norway wins the game with the clean sheet. This game helped Haaland uplift his career, and Red Bull Salzburg signed him.