Kobe Bryant was one of the most renowned and recognized American retired professional basketball player. He had a long career in the history of basketball. He played his entire 20-year career with the Los Angeles Lakers of the National Basketball Association.

5× NBA champion, Bryant died on a helicopter crash with his daughter Gianna on January 26, 2020.

The former NBA player, Kobe Bryant was married to girlfriend, Vanessa Laine Bryant. Since 2001, they were living happily together until his death in January 2020. 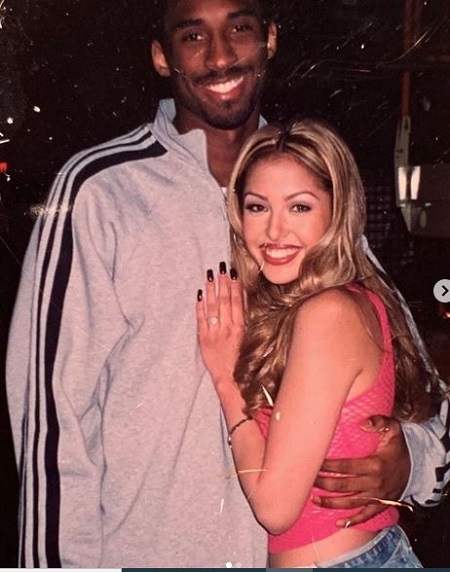 Kobe, 21, and Vaness, 17, first met in November of 1999, while she was working as a background dancer on the Tha Eastsidaz music video "G'd Up". That time, Bryant was in the building and working on his debut musical album. Soon, the duo started dating each other and engaged shortly after.

The couple tied that knot at St. Edward the Confessor Roman Catholic Church in Dana Point, California. However, there wedding was not attended by their family as they were opposed to their marriage for a number of issues. 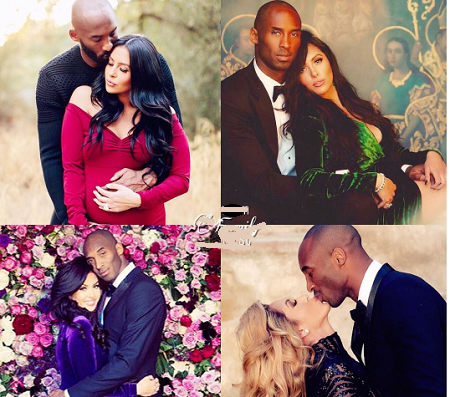 In January 2003, their first child, a daughter, Natalia Bryant was born which eventually resulted in a reconciliation between Bryant and his parents. In May 2006, their second daughter, Gianna, was born but before that, Vanessa suffered a miscarriage in the spring of 2005.

On December 16, 2011, The NBA power couple announced their separation, with Vanessa Bryant's citing irreconcilable differences for the reason of divorce. The couple requested joint custody of their daughters. 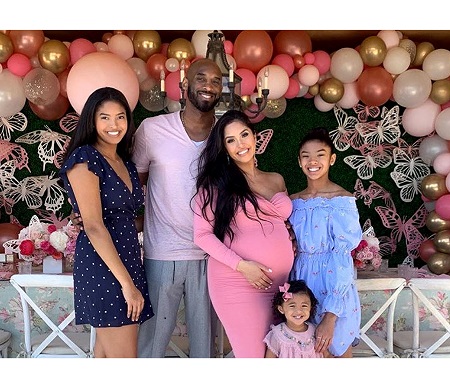 The Bryant Family SOURCE: Us Weekly

On January 11, 2013, Bryant and his wife both announced via social media that they had reunited. In early December 2016, Vanessa gave birth to their third daughter, Bianka and by June 2019 the Bryants family expanded six, following the birth of their 4th daughter, Capri Kobe.

Besides, the year 2003 was a controversial year for him and he was alleged into a sexual controversy, however, later his charged were dropped.

Kobe, 41 and his 13-year-old daughter Gianna Bryant, passed away on a helicopter crash in January 2020. He was on his way to his daughter Gianna's practice session at Mamba Academy where he was the coach. 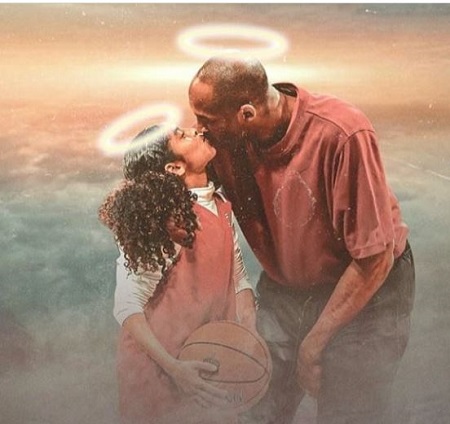 His daughter also known as Gigi was following his footsteps to be a basketball player.

Bryant was one of the most adorable names in the world of football. His games, stats, and contributions are really inspiring. He earned a healthy salary of around $25 million while he was playing for Los Angeles Lakers. He has left behind properties worth $320 million and earned around $680 million throughout his career.

He was also engaged in brand endorsements like Nike, Hublot, Lenovo, Turkish Airlines and Panini though, etc. His endorsement deal with Nike was worth $40 million for 4-years and earned about $26 million every year from his endorsement deals. He also founded Kobe Inc and bought a $5.8 million house in Newport Beach, California for his office.

Bryant was fond of luxurious cars and loves Italian cars. He bought a 458 Italia for $329,000. He also owned some other cars like Lamborghini, Bentley, Range Rover. He bought three houses in Orange County, California worth $18.8 million. He sold one of his houses for $6.1 million previously. Bryant had a helicopter of his own.

Kobe was raised in Philadelphia, Pennsylvania, the United States along with his two sisters, Shaya Bryant and Sharia Bryant. He held the citizenship of the United States and through sources; we found that he was Afro-American by his ethnicity and his birth sign was Virgo.

He was also the maternal nephew of basketball player John “Chubby” box. From an early age he started playing basketball, he was also proficient in the game of soccer and played football from an early age. His favorite team was A.C Milan. He attended Lower Merion High School, which was located in Ardmore.

Upon his graduation, Bryant declared for the NBA draft by the Charlotte Hornets, who traded him to the Los Angeles Lakers. As a rookie, he bagged a reputation as a high-flyer and a fan favorite by winning the 1997 Slam Dunk Contest, and he was named an All-Star by his 2nd season. He also spread his magic in the game of Olympic and manages to win Gold Medal for his team.

Bryant was the pillar of the team since the departure of Shaquille O'Neal. He took his team to the finals of the 2008 NBA and was awarded the Most Valuable Player. His team won the NBA Championships in 2009 and was a member of the U.S. team that won Olympics in 2008 and 2012 along with his teammates including Kevin Durant, LeBron James, and Carmelo Anthony.

Kobe Bryant also overtook Michael Jordan for third all-time on the NBA scoring list in December 2014. He struggled a lot with his team in 2015 and announced his retirement in November 2015. Bryant was one of the most successful and greatest Basketball players of all time having earned 18 NBA All-Star selections, an NBA MVP, five NBA championships with the Lakers, two Olympic gold medals.