Natalia Diamante Bryant is a eldest among four daughters born to Vanessa Laine Bryant and one of the greatest players NBA player, Kobe Bryant, who died in a helicopter crash. In the accident, Natalia also lost her sister, Gianna.

On January 19, 2003, Natalia was born in Los Angeles, under the star sign Capricorn. and was immediately the apple of her daddy's eye.

The seventeen-year-old, Natalia enrolled at sage Hill High School in Los Angeles. Unlike her father, she is into Volleyball, who is a junior middle hitter for the high school team. She has repeatedly drawn attention from national sports media.

After meeting for the first time in 2000, Kobe and Vanessa started dating shortly. The following year on and became engaged six months later in May 2000. At the time, her mom, Laine, was still a senior at Marina High School. on April 18, 2001, the couple tied the knot at St. Edward the Confessor Catholic Church in Dana Point, California. 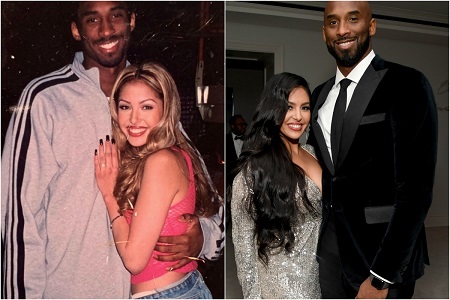 However, their marriage was not attended by Bryant's parents as they had a problem marring so young and to a woman who was not African-American.

This disagreement resulted in an estrangement period of over two years, but after the birth of Natalia, they reconciled. In 2006, the couple has their second child, Gianna. 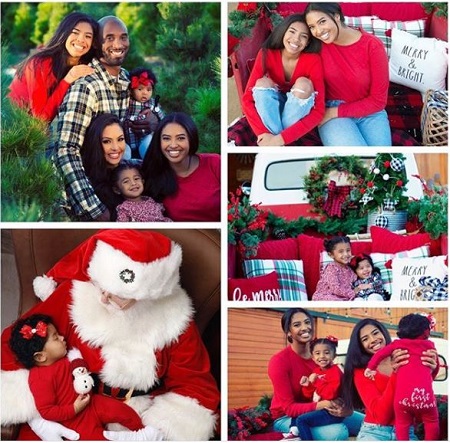 Nevertheless, her parents: Kobe and Vanessa, announced via social media but reconciled in 2013. Furthermore, Natalia has two more sisters: Bianka, born in 2016, and Capri Born in 2019.

Death of her Father Kobe

On January 26, 2020, Natalia lost his father, Kobe Bryant, and her sister, Gianna, in a helicopter crash in Los Angeles. Their bodies were buried in a private funeral in Pacific View Memorial Park. 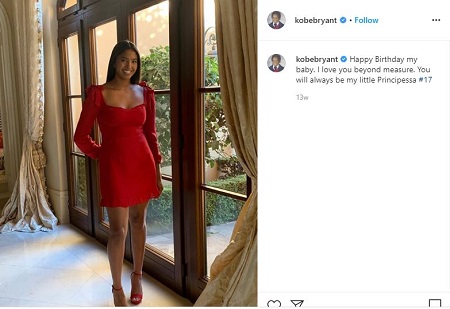 Her 17 birthday became the last Birthday to have celebrated with her beloved daddy. On January 20, 2020, Kobe posted a picture of Natalia, wishing her Birthday with the captioning "Happy Birthday, my baby. I love you beyond measure. You will always be my little Principessa #17. "

Born with a silver spoon in mouth, Natalia has a lavish lifestyle since her birth. Before Kobe died, he had added Natalia and two other daughters in the trust fund. Hence, she is worth millions of dollars in her net worth.

The late NBA superstar, Kobe Bryant's net worth was calculated $600 million. During his NBA career with the Los Angeles Lakers, he summoned over $328 million in salary soley. Also, he made approximately $350 million from endorsements.

Furthermore, in March 2014, her father bought a 10% equity stake in sports drinks BodyArmour for $6 million. In 2018, the firm generated $400 million and that same year in August Coca Cola scored a stake in BodyArmor that valued the company as a whole at $2 billion. On paper before taxes, Kobe had investment was worth $200 million.