Apart from coach career, he played professionally in NBA for 18 seasons mostly for the Los Angeles Lakers, with whom he won 5 NBA championships. He is also the former president of the National Basketball Players Associations.

As of 2012, his annual salary was $3.4 million. He currently has an estimated net worth of around $40 million. He signed a 5-year deal in 2014 with Knicks to be the head coach of the team. The $25 million contracts would grant him $5 million as salary every year.

Currently, he is serving as a coach at the WNBA team. Matter of fact, there is no comparision between NBA and WNBA salary. Salary at WNBA is low and reported $100,000 per annum.

Fisher had a house in Hidden Hills house which he sold in September 2017 for $6 million.

Fisher tied his wedding knot with his girlfriend Candace on 19th February 2005 in  Encino, California. The two have 2 children together; twin daughter named Tatum and son named Drew born in 2007. Derek and Candace have one child each named Marshall and Chloe respectively from their previous relationship. Tatum was diagnosed with cancer in 2007. 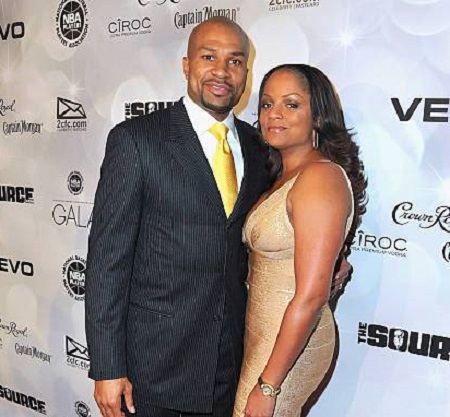 However, after 10 years in March 2015, he filed a divorce from his spouse Candace mentioning 'Irreconcilable differences'. His wife Candace also presented the divorce document and stated that she was 'blindsided'. She also revealed that Derek had left her and kids. The divorce was finalized in 2016 and Derek was ordered to pay for the child support. 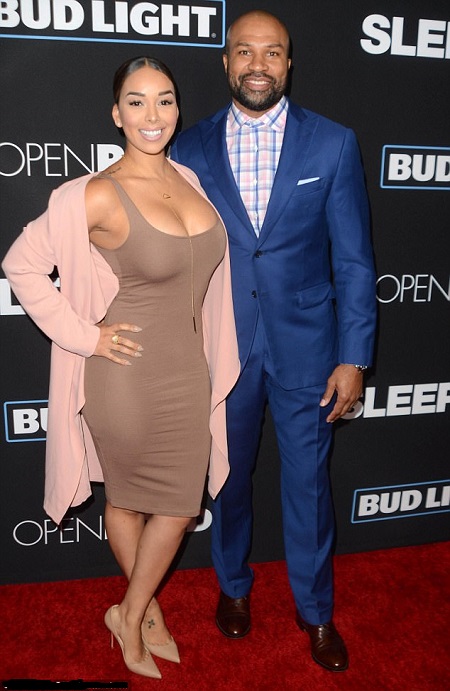 He is currently rumored to be dating Memphis Grizzlies' player Matt Barnes' ex-wife  Gloria Govan. In April 2018, the couple got engaged. As reported, Fisher proposed to Govan during a small party at the couple's home in Los Angeles

Derek Fisher was born on the 9th of August 1974 in Little Rock, Arkansas. His birth sign is Leo. Talking about his nationality, Fisher is an American and he belongs to African ethnicity. He was born to John Fisher and Anette Fisher.

He grew up with his older brother Duane Washington, who is 10 years older than Fishers. Duane is a former NBA player who has also played for the Los Angeles Clippers and New Jersey Nets.

Fisher enrolled at Parkview Arts and Science Magnet High School, where he was a letterman in basketball. He then graduated from the University of Arkansas at Little Rock, with a major in communication.

During his college days, Fisher averaged 4.2 assists, 4.4 rebounds, as well as 12.4 points over 112 games and helped the squad in assists and steals every year. In 1996, he earned “Sun Belt Conference Player of the Year” as a senior.

In 1996, Derek Fisher was picked 24th overall in the “1996 NBA draft” by the Los Angeles Lakers, a professional basketball squad from Los Angeles. He spent his first 8 seasons competing in the National Basketball Association (NBA) side Lakers as a member of the League’s Western Conference Pacific Division.

He made his NBA debut against the Phonix Suns, totaling 5 assists and 12 points. He finished the seasons, winning 3 consecutive league championships along with his teammates Shaquille O’Neal and Kobe Bryant as well as Coach Phil Jackson.

On 15th July 2004, Fisher joined Golden State Warriors, signing a 6-year contract for a fee of $37 million. Nonetheless, his beginning two seasons was somewhat of a disappointment. In 2006-06 seasons, he averaged 13.3 points a game, the highest season scoring average of his career.

In 2007, Fisher asked to be released from the contract due to his daughter’s health.

On 19th July 2007, Fisher re-joined Lakers, signing a 3-year contract for a worth of $14 million. In the beginning of 2007-08 season, he contributed a solid season, shooting 40% from the point ranger and 88% from the free throw lines, which considered as his one of the highest percentage of his career.

At the club, he won two more NBA titles along with his teammates Jackson and Bryant.

On 15th March 2012, Fisher joined Houston Rockets. However, after four days he was waived by the club without ever playing for them after he bargained a contract buyout. After clearing waivers, Fisher was eligible to join any team except the Lakers.

On 21st March 2012, Fisher joined Oklahoma City Thunder for the 2011-12 season, after clearing the waiver at 6 pm Eastern time. At that night, he made his debut in opposition to the Los Angeles Clippers, scoring 5 points.

On 29th November 2012, Fisher joined Dallas Mavericks and debuted in a 92-77 win against Detroit. He played only 9 games before being injured the patellar tendon in his right knee. On December 22, his request to be released was granted by Mavericks.

Return to the Oklahoma City Thunder

On 10th June 2014, Derek began his coaching career, signing a 5-year contract with New York Knicks for a worth of $25 million. He made his coaching debut on 29th October where his team lost 2014-15 season openers to the Chicago Bulls. The next day, he got his first victory as a head coach after his team defeated the Cleveland Cavaliers in 95-90.

On 8th February 2016, Fisher was sacked after the series of Knicks’s losses.

Apart from his basketball career, Fisher made guest appearances on TV broadcasts. In the spring of 2016, he started working professionally as a broadcaster. He has also appeared as an analyst on TNT’s Inside the NBA, and NBA TV. He has served as an in-studio analyst for the Los Angeles Lakers at the start of the 2016-17 NBA season.