As a basketball player, Phil Jackson is a two-time NBA Champion. He was also an executive for the New York Knicks from 2011 to 2017. Let's look at his wiki for more information regarding his career, personal life, net worth, family, wife, and more.

The NBA veteran Phil Jackson has an estimated net worth of $70 million as 2022. He has earned his wealth widely through his professional career as a coach, president, and player as well.

On March 18, 2014, he signed a five-year, $60 million contract with the New York Knicks as an executive position on the team. Jackson earned $11 million annually while he served as a President of the Knicks before they separated their ways in June 2017. New York Knicks paid $24 million to Phil Jackson to cut the remaining 2 years deal as the president in 2014. 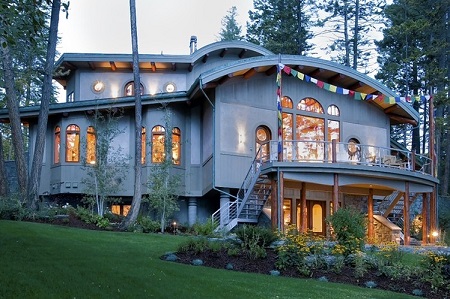 As of now, Phil Jackson owns luxurious homes in Playa del Rey, Los Angeles, as well as in Lakeside, Montana. He bought a $4.85 million apartment in midtown New York in 2014. Moreover, Jackson has also bought a house in Los Angeles, California.

Currently, seventy-five-year-old Jackson is possibly single. He has married twice and was engaged once. Going back in 1967, Jackson tied the knot with Maxine. However, the couple ended their relationship for an undisclosed reason in 1972. The couple has one daughter together named Elizabeth.

In 1974, Jackson exchanged vows with his second spouse, June, but it didn't work the same as his first relationship, and both chose to split up. Together, they have four children; Chelsea, Brooke, and two twins; Ben and Charlie. 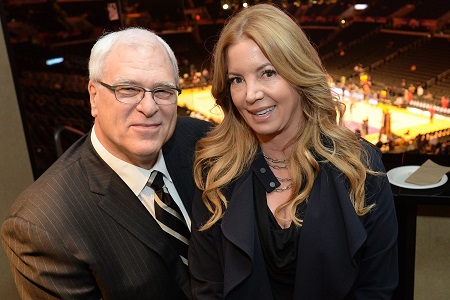 After the tragic separation, Jackson found love with Jeanie Buss, daughter of Lakers owner Jerry Buss. The lovebird met in 1999, and after dating for several years, the two engaged in 2013. Nonetheless, Jackson and Buss called off their engagement via a joint statement on Twitter.

Phil Jackson also admitted to using marijuana as well as LSD in the past. In March 2011, he was diagnosed with prostate cancer. Besides, Phil Jackson has a standing height of 6 feet and 8 inches, and he weighs 100 kg. He is not very active on his social media accounts; however, he has a Twitter account. Moreover, information about his bio and stats can be found on the wiki.

Also Read: How much is Jeanie Buss' Net worth? Know about her Salary, Career, and Achievements

Phil Jackson was born on September 17, 1945, in Deer Lodge, Montana. His birth sign is Virgo. Jackson is an American and belongs to the white ethnicity when talking his nationality.

Jackson's father, Charles Jackson and mother, Elisabeth Funk Jackson, were Assemblies of God ministers. He grew up alongside his two brothers and half-sister in a remote area of Montana in an austere environment, where no television or dancing was allowed. Phil Jackson saw his first movie in his senior high school and eventually went to a dance for the first time in college.

Phil Jackson attended Williston high school in North Dakota, where he began to play varsity basketball and ultimately led the squad to 2 state titles. Jackson also played football during his high school days and was a pitcher on the baseball team.

In the year 1967, Phil Jackson was picked in the second round by the New York Knicks. Although he had brief playing time, he established himself as a fan darling and one of the NBA's leading substitutes. Phil Jackson moved to New Jersey Nets in 1978 and retired as a player in 1980.

In 1987, Jackson was appointed as an assistant coach for the Chicago Bulls and was later promoted to head coach in the year 1989. Over 9 seasons, he managed the club to 6 championships, winning 3 straight championships over a 3-year spell.

In 1998, after the Bull's final title of the Michael Jordan era, Phil Jackson departed from the team, promising never to coach again. However, after a year off, he committed to joining the Los Angeles Lakers as a coach, leading the team to win 5 Championships from 2000 to 2010.

On March 18, 2014, Phil Jackson was appointed as the president of the New York Knicks, signing a 5-year contract for a heavy worth of $60 million.

On July 13, 2017, the former vice president of basketball operations, Sacramento Kings, Scott Perry, replaced Jackson. Apart from that, Jackson has also written seven books, including Journey to the Ring, Eleven Rings, and The Last Season.

Phil Jackson is the 1996 NBA Coach of the year. The same year, Jackson was ranked one of the ten greatest NBA coaches of all time. He also won the "Amos Alonzo Stagg Coaching Award" by the United States Sports Academy in 2002 and 2010.