Bridgette Gordon is an American retired female professional basketball player who was a member of the United States women's national basketball team, that claimed the gold medal at the 1988 Olympic Games in Seoul, South Korea.

How does Bridgette Gordon support her Living?

The Former WNBA player Bridgette Gordon serves as a coach after her retirement. Playing in the WNBA for a year, she reportedly made few earnings and her net worth in 2020 is reported to be $500,000.

She also represented her nation in the world stage and won a gold medal in the Olympics for which she must have received around $40,000 as a reward. 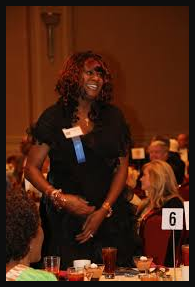 After her retirement, she initiated her career as a coach and currently, she is the coach for the Tennessee Volunteers women's basketball where she is earning around $60,000 as an annual salary.

The 42 years basketball coach is unmarried, however, its hard to comment about her exact relationship status because she has kept her personal details secret. It seems that she wants to keep her partner details under the rug and as she stepped in the coaching career, she just wants to give the best for her team.

Bridgette wants to be an athletic person since childhood and after clearing her school she initiated her career in DeLand High School where she played from the High School team.

Later on, she propelled her education and career at the University Of Tennessee where she completed her bachelor form Political Science. 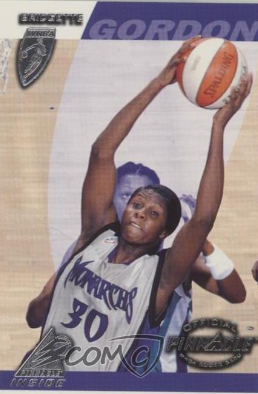 After clearing her bachelor's degree she initiated her career from her college during 1985 and after retirement, she coached for the same team.

Bridgette grew up in Deland, Florida but currently, she resides in Knoxville, Tennessee where she is coaching Tennessee Volunteers women's basketball team.

Besides her professional life, Bridgette is a versatile person who loves to read a variety of books and she also loves to travel around the world. She considers as I Declare Joel Osteen as her favorite book and in her free time she enjoys while watching CSI Miami tv Series.

Her favorite athlete is Mike Vick as well as she also likes to listen to Blues music especially blues artists like BB King and Eric Clapton.

After completing her education in 1989 she was drafted in 1997 in the first round and picked up by Sacramento Monarchs where she played as a forward. But before her WNBA draft, she had already won a gold medal at Olympics games in 1988.

later on, at the 1991 Pan American Games, she managed to win a bronze medal which she won after defeating the country like Argentina and Cuba.