The most dominant player in NBA and a grand entertainer Shaquille O’ Neal has helped his teams to win NBA Championships and Olympic Gold. Following his retirement, he started serving as an NBA analyst and works on the television program Inside NBA. Basketball star Shaquille O’ Neal has played for Orlando Magic, Los Angeles Lakers, Miami Heat, Phoenix Suns, Cleveland Cavaliers, and Boston Celtics. He spent the majority of his career with Orlando Magic. He is an expert in scoring, blocking, rebounding, and shooting during the course of play. He played as a central player for his team. Athlete, musician, and actor.

Married to Shaunie O’Neal, Shaq has earned a huge amount from his basketball career and maintained a net worth of $400 million in 2022. Here we have all the details about him.

Shaquille O’ Neal is one of the wealthiest persons in the sports world with an estimated net worth of $400 million as of 2022. He is popular for his witty and humorous comments in the media. His total earnings in 2017 were estimated to be around $20 million.

Shaquille O’ Neal is a successful entrepreneur and investor. He invested in companies like General Electric, Apple, and PepsiCo. He also invested in the real estate business.

Though he has been retired for many years, he still earns around $60 million per annum from endorsements and various business endeavors. Further, it was announced that he would join the Board of Directors of Papa Johns, on March 22, 2019. With the business, he will earn $8.25 million in salary and stock over three years. 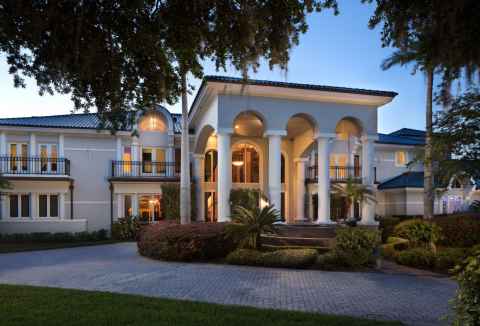 Additionally, he owns a shack at L.A.’s Bell Canyon valued at $1.815 million. The place has 5,217 square feet of space with 5 bedrooms and 4 bathrooms. He also had a lavish mansion in Florida which he sold for $28 million.

Baptist mother and a Muslim stepfather raised Shaquille O’ Neal. On Dec 26, 2002, he married former Shaunie Nelson. They together have four children Shareef O'Neal, Amirah O'Neal, Shaqir O'Neal and Me’arah O'Neal. They legally separated in 2010. Also, he has a daughter named Taahirah O'Neal from his relationship with Arnetta Yardbourgh.

Shaquille O'Neal with his ex-wife and children SOURCE: magic107.iheart.com

In Summer 2010, Shaquille O’ Neal started dating TV Star “Nicole’. The couple resided at O’ Neal’s house in Sudbury for a couple of years and their relations came to an end in 2012.

Besides, he has several other relationships in the past. He has also dated  Nicole Alexander, Karrine Steffans, Laura Govan in the past.

Shaq is currently dating Laticia Rolle since 2014. Laticia is a former basketball player and the founder of a lifestyle blog. 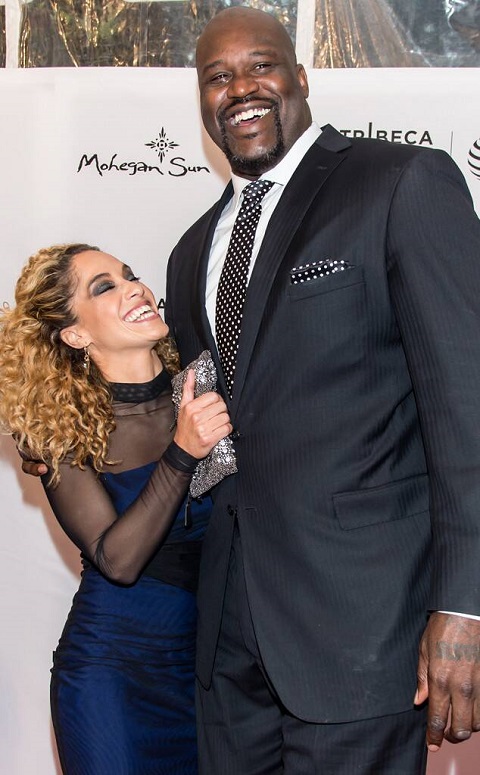 Shaquille O’ Neal established himself as both a musician and actor. In 1990, he made his appearance on FuSchnickens’ Top 40 single What’s UP Doc. In 1993, his solo album was released named, Shaq Diesel. His third album was named “You Can’t Stop the Reign released under his own hollow, named The World is Mine.

Shaquille O' Neal was born on March 6, 1972. His place of birth was Newark, New Jersey. He is American. His ethnicity is black. His birth sign is Pisces. He has a height of 7 feet and 1 inch. His weight is around 156 kg.

During his childhood, he was imprisoned for drug possession. After graduating from high school, he attended Louisiana State University and studied business there. He played basketball in Louisiana and was named College Player of the Year in 1991. He left college in 1992, to pursue a career in NBA.

Shaquille O’ Neal started his career with Orlando Magic. He was named Player of the Week in his first week in NBA. In 1996, he became an important player of the United States Olympic basketball team and later became part of the gold medal-winning at the 1996 Olympics in Atlanta.

In 1996, he agreed to the biggest contract in NBA history as he signed seven years contract of $120 million with the Los Angeles Lakers. Later on, he played with Miami Heat from 2004-to 2008. He then moved to Phoenix Suns where he played for one season.