Gossip How Much is Donald Cerrone's Net Worth?Know in Detail about his Salary, Career and Awards

How Much is Donald Cerrone's Net Worth?Know in Detail about his Salary, Career and Awards

Donald, along with his 15 years of fighting career, is reported to have earned the career prize money of $4.06 million. Summing up the earnings via his endorsements and prize money, Donald is estimated to be enjoying the net worth of $5 million. Let's know all about his net worth, career earnings, and achievements in his career.

Net worth of Donald Cerrone

Well, the net worth of Donald Cerrone born as Donald Anthony Cerrone, as of 2018  is still under review but as of 2017, it was reported to be $5 million. What about his prize money? Let's get the details of Donald's career earnings.

Donald got professional in his fighting career in 2006 but initially played in the events such as Ring of Fire and American Fighting Championship before signing with WEC.  Later playing in the WEC with his debut match against Kenneth Alexander in WEC 30 on September 5, 2007. For the victory, Donald earned the prize money of $3,600, however, later was fined $2,400 for drug allegation charges. 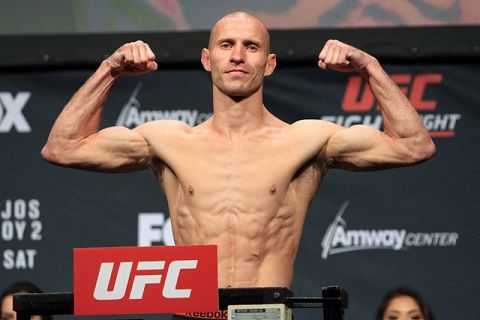 During 3 years career in WEC, Donald played 10 matches with 3 losses and 1 match no contest(drug allegation). Let's take a brief look at Donald's career earnings in WEC.

A Warrior may not always be the one who wins.. But Damn Right they are the one who always Fight!! Anyone, Anywhere, Anytime...... ??( photographer) @morgan.gold

Donald played 4 matches with 2 wins and 2 losses in 2013. But in 2014, Donald Cerrone went undefeated winning 4 matches in a row. Let's take a look at the table.

In UFC 187, Donald fought with John Makdessi, and the result was a victory,  granting him the prize money of $152,000. Then on December 19, 2015, Donald fought for the UFC Lightweight Championship against Rafael dos Anjos in UFC on Fox: dos Anjos vs. Cerrone 2, however, Donald lost the match and got $109,000.

Donald Cerrone's Debut in Welterweight and Earnings in 2016

Let's get some chills watching the best moments of Donald Cerrone in UFC.

Recently on February 1, 2018, Donald Cerrone fought against Yancy Medeiros in UFC Fight Night: Cowboy vs. Medeiros. and won by TKO, which was watched by 893,000 viewers online.

Let's have a look at the fight highlights.

Donald victory against Yancy earned him the highest amount of his career, which was $330,000 including $155,000 win bonus, $155,000 fight payment and $20,000 Reebok sponsorship. Despite his incredible gameplay, Donald is not able to earn as much as of UFC Lightweight Champion Conor McGregor, who enjoys $100 million net worth.

Currently, no news of Donald's net fight is out, so let's wait and wish him best.