Dana White Responds to Conor McGregor Retirement Plan: "You don't have to fight!" 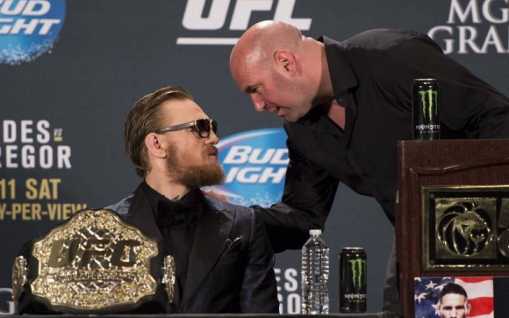 UFC president Dana White says he totally comprehends why Conor McGregor would need to resign, yet additionally asserts that some people are criticizing him. MMA star McGregor reported his retirement from battling at 31 years old on Sunday morning on Twitter, however, he has already announced his retirement plan twice previously.

In the UFC 250 post-match conference in Las Vegas, White accepts that the Coronavirus pandemic has caused crisis throughout the world while he has been making efforts to continue the fights and company.

Dana White has been into trouble from some starfighters as Jon Jones earlier decided to vacate the title due to contract problem and Jorge Masvidal also asked UFC to let him go due to the same issue. Now, Conor's decision to retire has put Dana and UFC in a difficult situation.

“You don’t have to fight. If these guys want to sit out and retire, if that’s what Conor McGregor, Jon Jones, and Jorge Masvidal are feeling right now, I feel you. One a certain level, I understand it! We’ve been here before, this has happened to us before, more than once too.”

UFC is also dealing with the unexpected retirement of Henry Cejudo, who walked away after retaining his bantamweight championship at UFC 249.

How do you think will Dana solve the problem of the top names of the game piling up on the retirement sheet?

UFC 253 Salaries; How Much Money Will Each Fighter Earn? 2 hours by Jack Ol