Freestyle wrestler turned MMA fighter; Henry Cejudo is currently signed to the Ultimate Fighting Championship (UFC). A reigning champion of the Bantamweight and Flyweight divisions, he is ranked #3 in the UFC pound-for-pound rankings as of 19th August 2019.

Dissatisfied with pay, Cejudo just threatened UFC with retirement. Though the fighter didn’t reveal the exact amount, he’s seeking, but he does have a number in mind for sure.

Nicknamed The Messenger, Los Angeles, California native,  was born on February 9, 1987, under the star sign Aquarius. He holds an American nationality and is of a white ethnic background.

A professional MMA fighter since 2013, Henry Cejudo has an estimated net worth of $1 million as of 2019. The fighter makes money through the event, win bonus, the fight of the night bonus, as well as endorsement and sponsorship.

Currently signed to UFC, he earns decent sum through his fights. His career earning is disclosed below the table:

Besides, he has also competed for events such as Legacy FC, Gladiator Challenge, and WFF through which he might have added decent value to his bank account.

Nikki Bella Asks Him Out For A Drink

Well, after a spectacular title defense against TJ Dillashaw on Saturday night, January 19, Henry Cejudo had a interview where he declared Nikki Bella as his biggest crush. 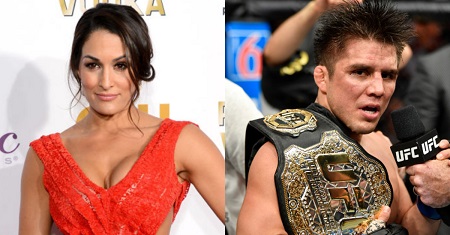 Surprisingly, Bella sent him the most epic video response, suggesting they should grab a drink together. He has a chance to win her heart, possibly. 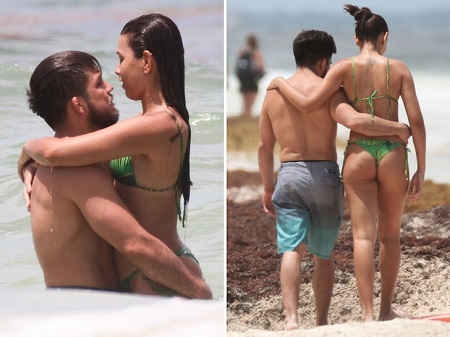 Similarly, following his most recent victory over Marlon Moraes at UFC 238, he was spotted making out with a soap opera actress from Brazil named Sandra in Mexico on vacation. As one source put, the MMA fighter is still a single man; he is just having fun.

Henry Cejudo is a Christian. Further, he is a godfather to a baby girl named Giovanna, his friend's daughter. 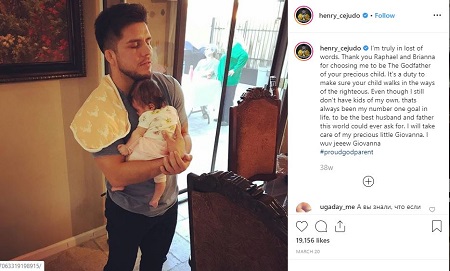 While sharing the news, he shared a few words that he number one goal in life, to be the best husband and father this world could ever ask for.

Moreover, he also posts pictures with his nephew and niece.

Cejudo was born to Mexican parents: Nelly Rico and Jorge Cejudo, as one of seven children. His parents were both illegal immigrants with whom he moved nearly 50 times as a child, traveling between California, New Mexico, and Arizona.

In an interview, Cejudo said he never slept alone in his bed until he was provided one by the U.S.A.

On December 13, 2014, Cejudo made his UFC debut against Dustin Kimura at UFC on Fox: dos Santos vs. Miocic. He won the fight via unanimous decision. He won the next three bouts against Chris Cariaso, Chico Camus, and Jussier Formiga.

On April 23, 2016, he was defeated by the Demetrious Johnson at UFC 197. Rebounding from loss, he made his comeback at UFC 215, where he faced as well as defeated Wilson Reis via TKO punches.

On 4th August 2018, he faced Demetrious Johnson for the second time, but this time he defeated Johnson and won the UFC Flyweight Championship.

Cejudo became inactive until 2020 due to a shoulder injury.